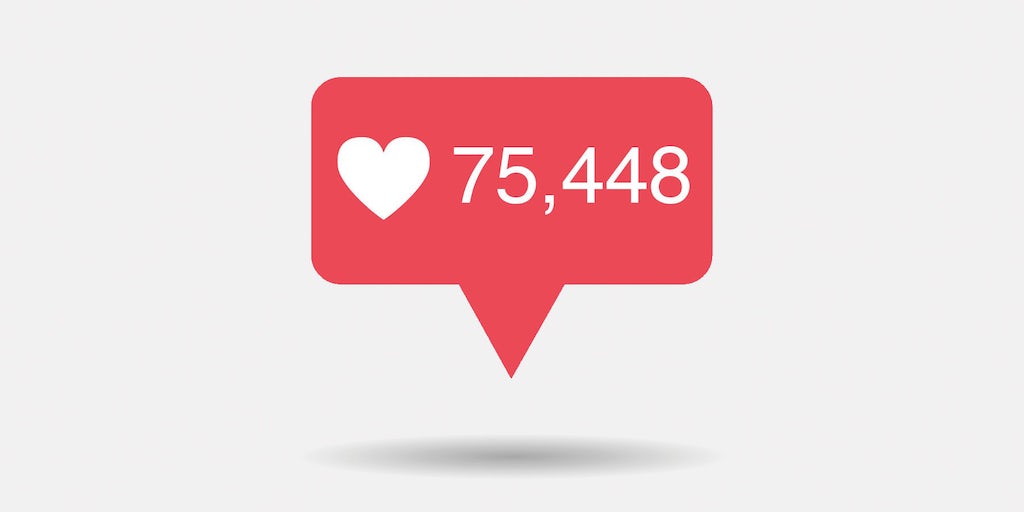 LONDON, United Kingdom — Social media has become the key conduit between brands and consumers. Even Céline, until last year a rare Instagram holdout among major luxury labels, now has over one million followers hoping to catch a glimpse of the brand’s latest handbags and knitwear.

But there’s no guarantee anywhere near that number will actually see Céline’s products. As platforms become more saturated, brands are engaged in an ever-escalating fight to stand out in feeds. Their competition ranges from rivals to celebrities and influencers — not to mention users’ own friends and family.

The rules are also constantly changing. Social networking platforms frequently tweak the algorithms that determine what surfaces in users’ feeds. Facebook earlier this year began promoting “meaningful interactions,” a phrase many brands are still trying to parse. Snapchat introduced a radical redesign of its app late last year to more clearly distinguish content produced by advertisers and ordinary users. Mark Zuckerberg spent two days in Washington this week being grilled by lawmakers about the dangers of giving third parties too much access to the social network’s members.

So where does that leave the fashion industry? Even amid a landscape of constant change, brands and consultants say a few tried-and-true methods still pack a punch.

One size does not fit all

Within fashion, Instagram remains “the place to be,” accounting for about 50 percent of brand posts (up from 30 percent two years ago), according to a 2017 report by Exane BNP Paribas.

Even so, companies are abandoning broad social media strategies for tailored campaigns targeting a single platform. That can mean producing visually rich images for Instagram while documenting spontaneous (or spontaneous-seeming) moments with Instagram Stories or Snapchat, and hiring a quick-witted Twitter team to handle customer-service complaints.

Tatcha founder Victoria Tsai said people will read more on Facebook, so the beauty brand posts product news and links to blog posts there. Instagram is for photos of products, which often prompt questions from the community. Tatcha has two social media managers, but Tsai said she treats Snapchat as her own “open inbox,” where she’ll respond personally to customers’ stories and questions.

Gucci produces a steady stream of campaigns tailored to different social media platforms. The brand’s #GucciGram project asked illustrators to create images that repurposed Gucci motifs on Instagram, while its #24HourAce invited a series of artists to take over their Snapchat channel for 24 hours, shooting videos inspired by its popular Ace sneaker.

Often, brands approach digital marketing in a similar way to print advertising, with a goal of getting as many people as possible to view brand-related content. However, when it comes to social media, active engagement trumps passive consumption: the primary aim should be to get your audience to talk back.

“[It’s] an opportunity to build deeper relationships,” explains Tatcha’s Tsai. “We consider social media a place for education and taking care of our clients. Although we regularly share content, a lot of the action happens in comments and through direct messages.”

Fashion Nova “has a small army of individuals whose only job is working with both influencers and consumers to provide really cool direct brand experiences,” says Connor Begley, co-founder of Tribe Dynamics, a marketing technology firm that quantifies the dollar-value of digital content and works with a number of fashion and beauty brands that span luxury and mass. For example, if a customer tags Fashion Nova in a photo where they are wearing a new pair of the brand’s jeans, the brand will reach out directly to that customer via a like, a comment or even a repost.

Certainly, many brands have ramped up interactions with influencers. According to a survey of 600 fashion industry professionals by the data analytics provider Launchmetrics, some 78 percent of brands implemented influencer marketing campaigns in 2017, up from 65 percent the previous year.

Make the customer do the work

Brands can increase their visibility by encouraging fans to create content. With users following hundreds, or even thousands of accounts, they’ll miss the vast majority of posts. If fan communities are flooding a platform with memes and original art about a brand, it’s less likely to get lost in the shuffle.

Beauty companies like Anastasia Beverly Hills, Huda Beauty and Fenty Beauty often repost content created by fans. This also encourages more people to post content about a given brand, as they know their pictures could be put in front of millions of their peers.

Collaborating directly with fans and influencers is another way to leverage social media communities on platforms like Instagram and Facebook. Gucci’s Michele, for example, discovered British artist Helen Downie — Unskilled Worker — via Instagram. This led to a collaboration around a capsule collection, which resonated across Gucci’s community and Unskilled Worker fans too.

Today, brands need to engage with the wider cultural zeitgeist. That can mean supporting a popular charity — as Balenciaga did in its work with the World Food Programme — or taking on more controversial issues. Gucci donated $500,000 to gun control activists, while Patagonia sued to block the Trump administration from rolling back land protections in Utah.

It’s a risky strategy that can invite backlash, such as the instantly notorious Pepsi ad featuring Kendall Jenner and imagery associated with the Black Lives Matter movement.

“Authenticity is something that consumers can spot,” says Tribe Dynamic’s McCorquodale. “If it’s not authentic, it’s going to be really easy to be called out.”

On social media, this can have a significant impact, “because the brand has less control over the way that message is shared and communicated across the community, and, ultimately, back to consumers.”

Political activism is a natural outgrowth of brands attempting to connect with their customers on a more personal level. Taking a controversial stand might not directly affect sales, but it can help build loyalty, particularly with younger consumers.

“With that humanisation of brands comes a responsibility to take a stance on things,” says Mike Froggatt, intelligence director at L2, which tracks the digital performance of consumer brands.

Inside Snapchat’s Battle to Win Back Its Momentum