LONDON, United Kingdom — Consumers don’t shop for beauty the way they used to.

For decades, buying beauty products meant heading to your local drugstore or department-store beauty counter and purchasing an item off the shelf. But many consumers, no matter where they live today, have access to almost anything they could want to buy, delivered where and when they want them, thanks to a wave of new beauty companies that are foregoing traditional retail channels.

The global beauty and personal care industry, worth $465 billion in 2017, according to Euromonitor International, is still dominated by multinational conglomerates, with L’Oréal, Procter & Gamble, Unilever, Colgate-Palmolive and Estée Lauder Companies holding a combined 32 percentof the market. However, “smaller direct-to-consumer brands are gaining attention by being quick to offer products that address consumer needs, by tapping into niche areas first, gaining a competitive advantage over multinationals,” said Kseniia Galenytska, a senior beauty and fashion analyst at Euromonitor International.

By selling directly to customers, brands can bypass the cost-heavy middlemen involved in brick-and-mortar retail and are able to retain more control over their marketing and distribution, while offering a vastly improved experience along with a more attractive price point. “Thus, we are seeing the global beauty market slowly fragmenting as the top five players are losing their share in favour of direct-to-consumer brands,” Galenytska continued.

But selling direct-to-consumer — which is fraught with its own set of challenges, particularly when it comes to funding manufacturing and production — is just one way in which emerging beauty brands can find success. Others are innovating in the way they market and manufacture products.

When serial beauty entrepreneur Marcia Kilgore — the founder of popular brands including Bliss and Soap & Glory — launched cosmetics brand Beauty Pie in 2016, she was inspired by the radical cost transparency of apparel retailer Everlane, which shares with the customer exactly how the price of each item is determined.

“Our customers are able to shop through the backdoor of all these different luxury suppliers that we source for and really just pay for the cost of the product,” said Kilgore of her approach with Beauty Pie, whose cosmetics are made by the same factories that produce the formulations for many of the big names in luxury beauty. 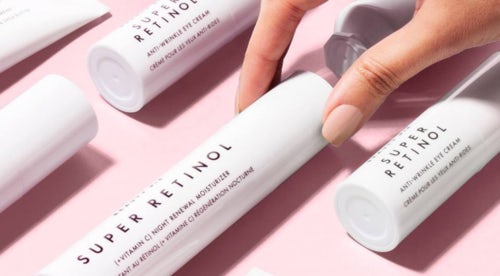 Looking ahead, Kilgore is focused on expanding into perfume — launching in November — and haircare. “Only when we think a product is really working, then we’ll launch it. We don’t have to stick to the same structure and timeline as a typical beauty brand, because our customers are therewaiting for us. If she can buy eight brilliant perfumes at 100ml for under $120, I think she’ll switch.”

Beauty Pie is not the only beauty company focused on cost transparency. Deciem’s cult skincare brand The Ordinary emphasises hyper-transparency, which manifests in both its ingredients and pricing. The company, which uses established, science-backed ingredients that are cheap to manufacture, is able to drive the price of products down to a range of $5 and $20. However, the brand has recently gained attention not for its products, but its controversial founder Brandon Truaxe, whose unpredictable behaviour and social media antics have drawn both criticism and confusion.

Traditionally, beauty brands have worked with longer innovation timelines. But in a world where trends and demand for newness now move at the speed of Instagram, that’s changing. Fast-beauty brand Colourpop, founded in 2014 by siblings John and Laura Nelson, is among a new wave of companies shortening their innovation cycles and getting products to market quicker than ever before. “We can have our customer’s vote on a brand-new shade on Monday and release it by Friday,” said Laura Nelson.

The duo is also behind the brand incubator Seed Beauty, which launched Kylie Cosmetics — now the gold standard in influencer-backed beauty. When the brand first launched in November 2015 with a series of Lip Kits, priced at $26 each, it sold out in seconds, some winding up on eBay for close to $300. Kylie has reportedly sold more than $630 million worth of makeup since, including an estimated $330 million in 2017. This year, Forbes valued her company, which has since launched categories like eyeshadow and concealer, at nearly $800 million.

It’s important to eliminate waste that is in the traditional supply chain.

But for John and Laura, who operate out of a manufacturing facility just north of Los Angeles called Spatz Laboratories— allowing them to control production, reduce promotions and undercut the prices of more established brands — speed-to-market is just one component of their strategy. A key focus is being able to operate a lean business that isn’t bogged down by inventory created months in advance, which could become overstock if it doesn’t connect with consumers.

“It’s important to eliminate waste that is in the traditional supply chain. [If you have] a two-year-plus-development lead time, it’s very difficult to get right what the customer is going to want in two years,” Laura continued. “The objective of leveraging vertical integration, for us, is to be more precise and giving the consumer what they want, when they want it.”

Colourpop, which launched with 31 shades of eyeshadow, offers over 1,000 different items today. “And there’s still a number of product categories we’re not in,” said John, noting that their priority this year is product category expansion, which is determined through social listening and understanding what fans want.

ModiFace, an augmented reality (AR) makeup provider, offers virtual “try-on” beauty technology. Since launching in 2006, the company has become the go-to AR provider for over 100 top beauty brands including LVMH’s Sephora, Estée Lauder, Loréal, P&G, Coty, Unilever and Bobbi Brown. The technology works when users switch on the camera on their phones or a store makeup counter’s tablet, and they’re able to choose and virtually try on different styles of lipstick, eyeshadow or other beauty products. 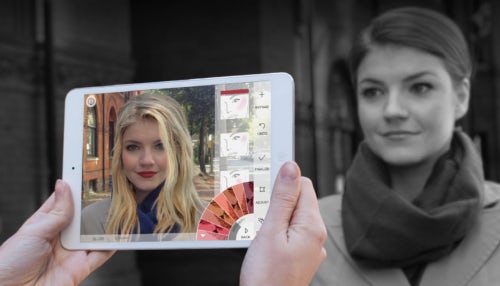 To date, more than 100 million apps using ModiFace’s technology have been downloaded by consumers. In stores, it says its virtual makeup mirror technology has increased sales by 31 percent. That’s why brands are paying $200,000-to-$500,000 a year to integrate ModiFace’s AR capabilities into their own apps. According to chief executive Parham Aarabi, it shows the importance of personalisation in the future of beauty.

In March, Loréal, which has used ModiFace’s services since 2014, said it would acquire the technology company for an undisclosed sum. “The acquisition gives Loréal, who is racing to lead the tech revolution in beauty, a competitive edge over rivals, and puts pressure on the latter to find an alternative to ModiFace, which they used to partner with,” said Euromonitor’s Galenytska. “At the same time, it’s a definite sign that such type of technology will become more influential in reinventing how consumers shop.”

Loréal’s move comes as the world’s largest beauty companies are increasingly snapping up small start-ups to gain expertise in artificial intelligence, augmented reality and other technologies. Last year, Shiseido bought MatchCo and its ability to create custom foundation for different skin tones. “Looking ahead, brands will use consumers’ faces not only as canvases for their products, but also as a way to track consumer likes and dislikes and guide them through the shopping experience…that is both personal and gives consumers more control,” said Andrew McDougall, global beauty analyst at research firm Mintel.

Better known by his online moniker “Manny Mua,” Manual Gutierrez’s beauty tutorials have attracted more than 5.2 million subscribers on YouTube, while 5 million follow him on Instagram. The influencer was also Maybelline’s firstmale brand ambassador and was the only man on People’s 2017 “World’s Most Beautiful” list. And now, Mua is turning his influence to his new cosmetics line, Lunar Beauty, which launched with an eyeshadow palette in June.

Attitudes towards what it means to be masculine and feminine are changing.

There’s certainly opportunity for genderless make-up. Milk Makeup reports that men account for 15 percent (a number that’s still growing) of the clients shopping their website. At MAC Cosmetics, men represent 7 percent of the customer base (with spending up 3 percent and visits up 6 percent from 2016), and 34 percent of the brand’s Pro Artist members are men, up 26 percent in 2017. Brands like Milk and Anastasia Beverly Hills are known for featuring both men and women in their campaigns. Genderless indie brand Jecca, founded by LGBTQ advocate and beauty entrepreneur Jessica Blackler, is also experiencing positive momentum having been accepted onto the L’Oréal Open Innovation programme in July.

However, McDougall warned that while “attitudes towards what it means to be masculine and feminine are changing, there is still some way to go, particularly within sectors like beauty that have traditionally been dominated by products aimed at women. Research suggests that many men are keen to have products and services that are designed specifically for their needs.”

Gregg Renfrew transformed the business of direct sales with the launch of Beautycounter in 2011. The idea for the brand emerged after discovering she could rid her house of toxic chemicals hiding everything from cleaning products to mattresses — but doing it for her makeup and skincare was nearly impossible. The executive has since been on a mission to push for greater federal regulation of the ingredients used in cosmetics, which, she noted, “may drive performance but are not necessarily good for health.” 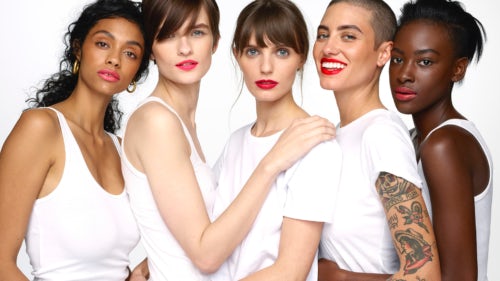 But Beautycounter’s success — the company was on track to generate $225 million in annual revenue by the end of 2017 — is particularly impressive given that the company doesn’t spend any money on traditional advertising. The brand, which only sells products it says are free from harmful chemicals, relies on three sales channels: a peer-to-peer sales network of over 30,000 independent consultants as well as direct-to-consumer and wholesale.

Moving forward, Renfrew is focused on growing Beautycounter’s reach “through a multi-channel approach, really utilising digital media in a way we previously have not,” she said. “We’re on a mission to create safer, cleaner, better products and get them into the hands of everyone. In today’s world, the customer doesn’t want to be told where or how she shops. All our channels play a very important role in how we support our mission and sell our products.”

Perhaps no other beauty brand is chattered on about more by industry insiders than Glossier, which has managed to capture the attention of a generation of consumers with made-for-Instagram products, such as glossy highlighters, rich moisturisers and eyebrow brushes, whose concepts and formuals were inspired and informed by consumer feedback. (Launched in 2014, founder Emily Weiss surveyed the readers of her beauty website, Into the Gloss, when she first began developing product concepts and has continued to do so as more products are rolled out.) While Glossier does not release revenue numbers, market sources estimate it hit about $50 million in annual sales in 2017.

Know your audience well and talk to them directly.

Glossier’s success comes down to having “an authentic voice” and “using social media to position the brand for ‘cool girls,'” said Donna Barson, senior associate at Kline, a beauty and personal care-focused research firm. The beauty brand, which gets 80 percent of its customers via peer-to-peer recommendation, is known for its clever yet welcoming retail experiences that make customers feel good, such as its latest chicken shop in San Francisco or its recently opened first retail store in Los Angeles, which features an immersive canyon-looking room with rosy rock formations and zen-like nature sounds.

The digital brand, which recently expanded into the UK, plans to enter four more European countries this year by repeating the hands-on community strategy it has used to build its business. “There are so many lessons the beauty industry could learn from Glossier,” Barson continued. “Know your audience well and talk to them directly. Make them feel part of a community. Find out what kind of products they want and include them in the product development process. Keep the hype up. Pop-ups are also a valuable tool to help introduce new customers to a brand.”

Are Influencers Threatening Designer Beauty Lines? Not So Fast