This week, on the very same day, two major American sportswear companies announced that their CEOs would step back from their current roles in 2020. On Tuesday, Nike said that longtime Chief Executive Mark Parker would leave his position at the start of the new year only hours after Under Armour said Founder and Chief Executive Kevin Plank would be moving aside. Both Parker and Plank will become executive chairmen of their companies, with Plank picking up additional duties as Under Armour’s brand chief.

Both leaders had exceptional tenures.

Since Parker became Nike’s CEO in 2006, the company has consolidated its position as the world’s biggest sportswear brand. Annual revenue has more than doubled from $15 billion in 2006 to $39 billion for the year ending in May. News that Parker was stepping down came as the company’s stock hit a high after nearly doubling in the past three years.

Plank has been Under Armour’s CEO since 1996, when he founded the company out of his grandmother’s basement. Since going public in 2005, Under Armour has driven exponential growth, surpassing $1 billion in sales in 2010 and $5 billion in 2018.

Both companies are facing a fast-changing retail landscape and the profiles of Parker and Plank’s successors reflect their growing emphasis on direct-to-consumer sales.

Parker is being replaced by current Nike board member John Donahoe, previously CEO at eBay, whose experience will prove invaluable as Nike focuses on executing its ‘Consumer Direct Offense’ strategy, cutting back on wholesale and investing heavily in digital.

Under Armour is tapping current COO and 30-year retail veteran Patrik Frisk to replace Plank. In July, the company cut its full-year revenue forecast for North America, its biggest market, in the face of stiff competition. But according to Matt Powell, sports industry analyst at NPD, the company has never been in better shape and Frisk, who has streamlined operations to cut spending and inventories amid slowing growth, deserves credit for this.

Parker and Plank’s announcements both come in the wake of internal scandals at their companies. At Nike, the gap between the company’s marketing mantras and internal culture were made plain after widespread allegations of harassment and discrimination against female employees, some of whom described the company’s culture as toxic. And just weeks ago, Nike’s Oregon Project was shuttered when head coach Alberto Salazar was hit by a four-year ban after being found guilty of doping violations. The allegations caused the brand, and Parker — who faced accusations he knew about the doping — significant reputational damage. While Parker stated in a CNBC interview this week that the leadership change has “absolutely nothing” to do with the doping controversy, only last year Nike said he would be staying as CEO “beyond 2020.”

Like Nike, Under Armour has garnered significant cultural currency from well-executed ad campaigns; its 2014 ‘I Will What I Want’ campaign, featuring Gisele Bündchen and Misty Copeland, sought to increase the brand’s appeal to women shoppers after it had long been known for its ‘tough-guy’ company identity. But Kevin Plank had also been accused of cultivating a toxic “fratboy” culture; last year the company experienced its own #MeToo reckoning when Plank was forced to address the use of corporate credit cards to pay for executives’ strip club visits.

Whether consumers care is debatable. Nike’s sales clearly haven’t been hurt by the discrimination allegations, and the brand is more likely to be lauded for its progressive values these days, in the wake of its wildly successful campaign with ex-NFL star and activist Colin Kaepernick.

“There are so many scandal stories out there today that we kind of expect them to happen,” Powell said.

Consumers have their limits, however (just ask Gucci, which has seen North American sales decline in the two quarters since its “blackface” balaclava controversy). The Kaepernick campaign won’t inoculate Nike from any additional fallout from doping violations, or keep it from becoming enmeshed in the China-Hong Kong conflict, or some as yet unknown scandal.

And though they may not have had a direct impact on sales, corporate scandals at Nike and Under Armour have undoubtedly taken up significant time for Parker and Plank which could have been more valuably spent on other elements of the business.

Corporate culture matters beyond the C-suite as well. A rotten internal culture will continue to produce new external scandals, which in turn will make it more difficult to attract top talent.

Both brands are riding high at the moment, but they operate in an intensely competitive business, where Adidas and a host of smaller brands are ready to pounce on every misstep. To continue their hot streak, Nike and Under Armour will need to constantly innovate, both in terms of the products they sell and the methods they use to sell them. They can’t afford to alienate the consumers or future employees who will help them stay on top. 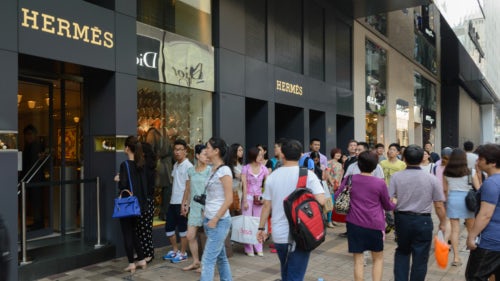 Asian sales propel Hermès to impressive third quarter performance. The French luxury group joins rival LVMH in largely shrugging off fallout from Hong Kong’s political protests, with sales at Hermès up 15 percent in the third quarter. Disruption caused by the ongoing political protests in Hong Kong didn’t stop sales in the Asia-Pacific region (excluding Japan) accelerating to 24.8 percent, up from 20.7 percent in the second quarter.

Gucci’s slowdown continues but Bottega Veneta is picking up steam. Kering’s third-quarter results showed a stabilisation in its biggest brand and a negative impact from the political upheaval in Hong Kong. Gucci’s sales grew 10.7 percent on a comparable basis, a far cry from the boom years of 2017 and 2018, when sales soared by nearly 30 percent annually. Meanwhile Kering’s smaller brands are expanding with Bottega Veneta’s sales growing 7 percent on a comparable basis.

Louis Vuitton faces boycott threat after Trump visits factory. Grab Your Wallet, a group that asks shoppers to boycott businesses with ties to Donald Trump’s family and administration, is adding Louis Vuitton and other LVMH brands to its list after the luxury group invited Trump to the opening of a Louis Vuitton factory in Texas earlier this week. Louis Vuitton designer Nicolas Ghesquière has since spoken out against LVMH’s Donald Trump ties.

Fallout from Trump’s trade wars felt by economies around the world. The fallout will slow global growth in 2019 to 3.0 percent, the slowest pace in a decade. Of the world’s 20 largest economies, the United States remains the least exposed to a drop in exports. The damage is being particularly felt in European countries which “rely on exports and are open to trade,” while the tensions are helping to spur a push among African nations to create a more self-reliant continent.

Hudson’s Bay to go private at $1.45 billion valuation. The bid comes as investors hope to reinvigorate the fading 349-year-old department-store chain. It approved the offer after a recommendation by a committee of independent directors. Given changing consumer habits, the retailer will need to invest “substantial capital and resources” to remain competitive, while facing considerable cash needs to close some of its operations, it said.

Fashion mogul challenges Authentic Brands in bid for Barneys. The retailer, which filed for bankruptcy in August, has been seeking proposals to best Authentic Brands’ $271 million offer. Samuel Ben-Avraham lined up investors to back his bid and launched a social media campaign as part of his proposal. Authentic Brands has since said it succeeded in its bid for the luxury retailer, but Ben-Avraham claims he is still in the running.

Puma profits hit by US-China trade war. Chinese production for the sportswear brand’s US market has dropped to around 20 percent from more than 50 percent five years ago. Puma is instead seeking to shift production for the US market from China to countries like Vietnam and Indonesia. The German sportswear company nonetheless raised its sales forecast and narrowed its profit target after a strong third quarter in all regions. 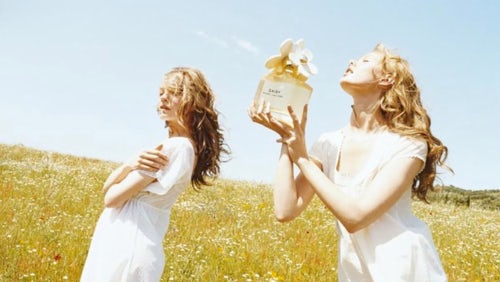 Marc Jacobs fragrances is a division of Coty | Source: Courtesy

Coty shares rise as it looks to offload brands. The beauty and fragrance group plans to sell its business unit, which houses brands such as Wella, Clairol and OPI, as part of an ongoing streamlining plan. The company said it is also exploring options for its Brazilian unit as it focuses on its fragrance, cosmetics and skincare businesses. It would use the proceeds from any of the transactions to pay down debt and return excess cash to shareholders, the company said in a statement.

Instagram bans filters with “plastic surgery” effect. Spark AR, the augmented reality platform that creates the filters, said it is re-evaluating its “existing policies as they relate to well-being.” The ban follows a 2018 study published in JAMA Facial Plastic Surgery that found face filters on apps are leading to a phenomenon called “Snapchat dysmorphia.” It also comes as the social platform tightens advertisement regulations. 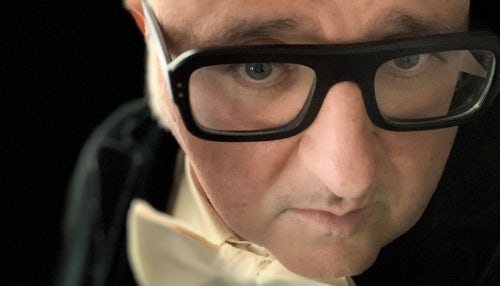 Alber Elbaz enters joint venture with Richemont. The Swiss conglomerate and star designer have signed an agreement to form a joint venture called “AZfashion”. Richemont described the joint venture as “an innovative and dynamic start up, meant to turn dreams into reality.” Since exiting Lanvin in 2015, Elbaz collaborated with French perfumer Frédéric Malle, and is working with struggling Italian leather goods brand Tod’s.

Adidas names Brian Grevy as its latest executive board member. Grevy, who is returning to the sportswear company after serving as chief executive of Gant, will be responsible for Global Brands. He replaces Eric Liedtke, who is stepping down after 25 years at the company at the end of this year.

Uniqlo suspends TV ad accused of mocking Korean sex slaves. The commercial, which aired in English with Korean subtitles, has been withdrawn from Uniqlo’s Youtube account and television networks. The company’s sales have since taken a hit in South Korea amid an existing, wide-ranging boycott. A YouTube video created by a South Korean student parodying the ad has gone viral and protesters have targeted Uniqlo stores, demanding an apology from the company.

Visa, Mastercard and Amex develop remedy for abandoned online purchases. The financial service giants have banded together to create a one-click checkout option that competes with PayPal and Apple Pay and counts Saks Fifth Avenue among its early adopters. The offering lets consumers save their payment details all in one place. Retailers then offer it as a payment button, thus eliminating the need to type in 16-digit card numbers and expiration dates in tiny boxes.