TOKYO, Japan — The print industry has had a rough decade: readership in the US and UK is steadily declining, titles are closing and editors with decades of experience are being laid off. Yet, in Japan, it’s a different tale.

While many Japanese publishing sectors are also in decline, the industry is more insulated than those in the West. Surprisingly, many Japanese magazines don’t have an online footprint, because of the painstaking accuracy publishers devote to each print edition. And a few specialist magazines continue to thrive thanks to a reverence for tradition and a fanatical obsession with product and details.

Since the heyday of men’s titles like Brutus, Popeye and Men’s Club, they’ve served as collectable guides for consumers at home and Japanophiles abroad. One title, however, is gearing up to go global. 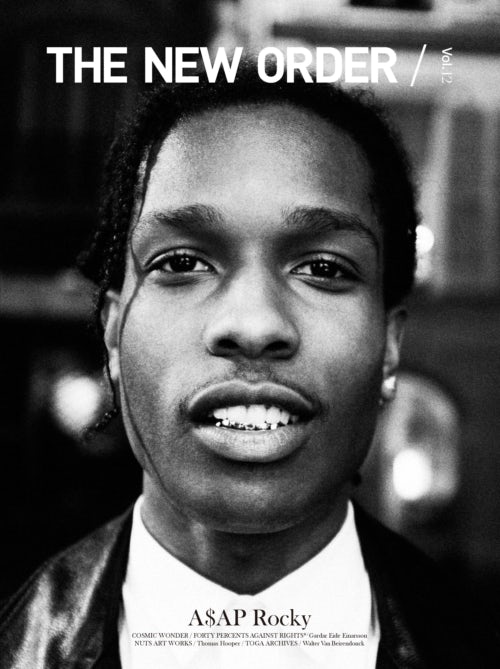 Tokyo-based biannual publication The New Order, launched in 2009 by James Oliver, has amassed a devoted following over the years for its unique take on menswear and culture. In 2018 the magazine had a circulation of 40,000 (in comparison, British titles GQ had 110,051 and Esquire 60,456 from January to June 2018, according to figures from the Audit Bureau of Circulations). It also has over 10.5k followers on Instagram.

To mark its 10-year-anniversary, the title is launching a new digital platform, while also looking to expand its roster of international staff, starting with a space in east London. Looking ahead, there are plans to expand its team in the US and across Asia.

The expansion comes as Oliver looks to reach a wider global audience. “Being based in Tokyo is an element [to our success] as there is a strong magazine culture here. But I don’t see that as defining element, because [we] focus on labels and people from all over the globe,” he tells BoF. Unlike many other Japanese magazines, The New Order is published in English. Previous issues have featured icons across fashion, music and art, from A$AP Rocky to Juergen Teller.

However, Oliver asserts that going digital doesn’t mean compromising quality, having built The New Order on the idea of slow culture. “[With] the rapid rate of how certain media are populating their channels … it’s getting to the point of saturation, where information is missed due to the sheer number of posts each day,” he says. Despite the ease in which articles can be published online, The New Order will publish columns, shoots and op-eds (some taken from print; others created exclusively for online) at a slower pace.

While print is the key driver of revenue, launching a digital platform opens up new opportunities for commercial partnerships, e-commerce and merchandise.

The title, whose advertisers range from global brands like Levi’s to niche labels like Engineered Garments’ owner Nepenthes, is also taking a page from the playbook of youth media platforms like Highsnobiety, which publishes a biannual print magazine — of which its circulation is 50,000 — but also runs a branded content studio and e-commerce site. While print is the key driver of revenue for The New Order, Oliver notes that launching a digital platform opens up new opportunities for commercial partnerships, e-commerce and merchandise, which the site already offers in the form of $55 sweatshirts and other apparel.

Throughout the year, the magazine plans to host a string of upcoming collaborations with brands like Levi’s, Toga, Takahiro Miyashita The Soloist and Porter Yoshida, offering clothing, footwear, bags and eyewear, which will be sold on its new platform. “For some of the labels, it was about creating a new product, while with others it was about adapting existing pieces,” Oliver says, adding that he will also host installations with select retailers worldwide. “It’s about solidifying our position in the market as a forward-thinking publication.”

From Merch to Full Collections, Magazines Boost Their Fashion Lines

How Magazines Can Make Money from E-Commerce