NEW YORK, United States — When former Jet.com product managers Elizabeth Shaffer and Lizzy Brockhoff gave birth one day apart, the two friends suddenly had so much to bond — and commiserate — over.

Among the most frustrating elements of being new mothers was choosing what products to buy. “Our friends would send us these huge Excel sheets with multiple tabs, and we thought, ‘There must be a better way to do this,’” Brockhoff said. “We didn’t realize how overwhelming it would be.”

And so they set out to create the solution: Masse, an app that allows users to ask for and share fashion and other consumer product recommendations among their existing social networks. The platform launches on iOS Tuesday after raising $3.5 million in a seed investment round led by Maveron. New Enterprise Associates and Imaginary Ventures also participated.

Through monitoring and engaging community moderators, Masse will not allow sponsored posts, fake reviews or any type of paid-for content. Its product categories include beauty, personal care, health and wellness, baby products and home goods. So far in beta mode, the most popular ones have been baby products and beauty. Like Pinterest or Instagram, users will be able to purchase recommended products through the app, which also serves as its main mode of revenue currently.

The app will be like “Google, but the search results are driven by people and not data,” said Natalie Massenet, partner at Imaginary Ventures, which has also invested in the likes of Farfetch, Glossier and Everlane.

“We’ve all been watching the influencer movement develop, but concurrently there’s an anti-influencer movement. A lot of consumers are thinking, ‘Don’t tell me what to buy, because I know you’re being paid,’” she said. “So the time is right for putting your friends and the people you trust front and center.”

While the large social media apps today may not be developing their own product recommendation functions, “they could, in next few years, be interested in something like [Masse],” Massenet added. “I’m not saying we’ve invested in Masse because it will get acquired in three years… but this is obviously a new entry in capturing people power.” 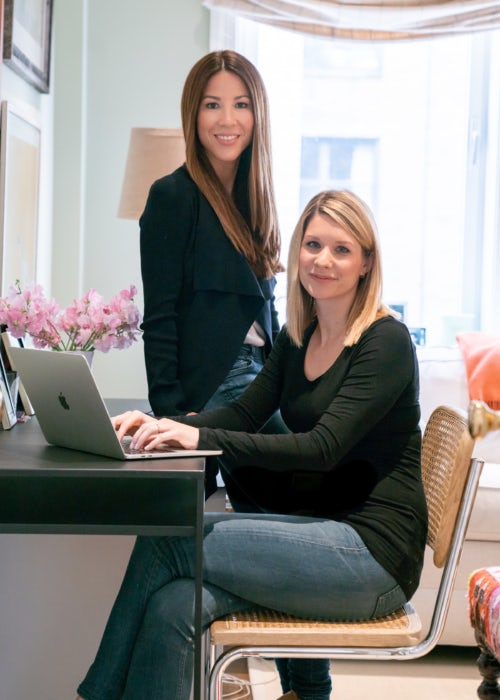 But challenges lie ahead. It’s difficult to incentivise users to join a new social network, digital analysts say, and even harder to convince users to generate consistent content — especially when sponsored content is ruled out from the start.

“Without having used the app, a lot of it will come down to whether it gets picked up and acquires a large user base. We see Snapchat as the third pillar behind Facebook and Instagram, and even then, it’s struggling to maintain loyalty or daily usage outside a core demographic,” said Mike Froggatt, director of the intelligence team at Gartner L2. “This is a tough nut to crack.”

Data from Tribe Dynamics, a marketing technology firm that tracks influencer impact, shows that consumers at large have not rejected influencer content. Last year on Instagram, likes and comments on influencer content increased by an average of 81 percent and 120 percent, respectively, the company found, but that unpaid content is most effective at driving conversions. For Masse, this means that the app could complement the product content driven by Instagram.

“My question about that would be how they are supporting the development of recommenders?” said Brit McCorquodale, senior vice president at Tribe Dynamics. “It would be important for an app like this to understand and really cultivate a creator community so they have the tools to access information for their followers.”

According to Brockhoff and Shaffer, who met working together at Moda Operandi six years ago, one big incentive for users to log into Masse is the dopamine hit that comes from helping someone out. Instead of receiving a “like,” Masse users get satisfaction from feeling productive. “We’re trying to build a platform that makes people feel better when they use it.”

Massenet had the experience first-hand when she tried out the app.

“I found a thread that asked for a good red wine less than $15. And so I found the red wine that I had in mind, made a cute post with a little comment, and then that person was able to click on the link and buy it,” she said. “Very compelling.”

Are Influencers Really Worth the Money?