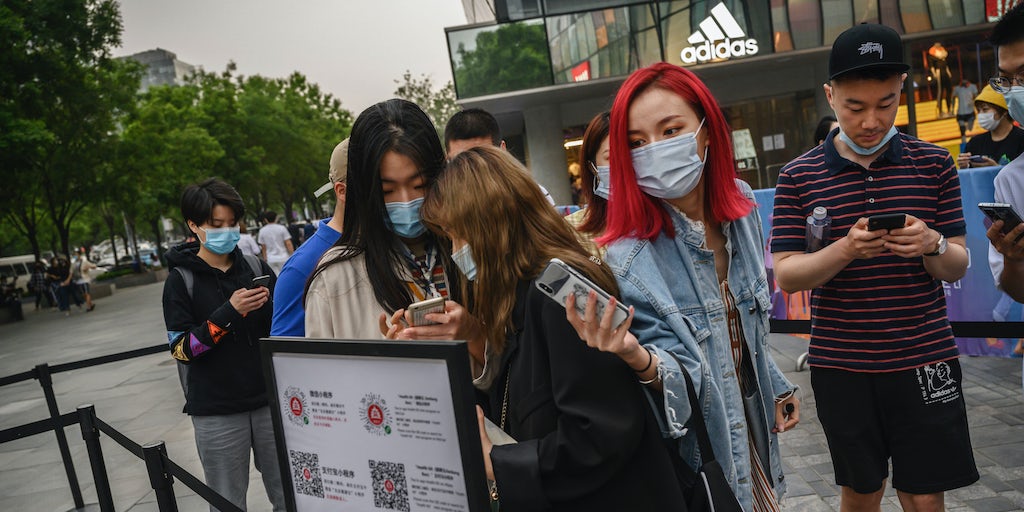 BEIJING, China — The world collectively shuddered when news broke last week that a new outbreak of Covid-19 cases had infected scores of people in China’s capital.

“We were almost back to normal and then this happened,” said Lavine Luo, a Beijing resident who works at the capital’s National Centre for Performing Arts.

The outbreak, which has seen more than 180 people infected so far, centred around the Xinfadi Wholesale Market. Normally, the crowded market attracts 15,000 visitors per day.

It is frightening proof of what epidemiologists and public health experts around the world have been saying for months. Even when it looks as though the worst is behind us — until June 12 Beijing hadn’t recorded a locally transmitted case of Covid-19 for two months — no city is safe from the impact of the virus.

The new outbreak of infections in Beijing is a stark reminder that recent gains made toward recovery are fragile and can be disrupted or undermined at any moment — at least until there is a vaccine.

To avoid [the further spread of the virus], you feel as though you shouldn’t be going to the malls.

“On the first day [news of the second wave broke] I was meant to meet a friend for dinner but she cancelled, she didn’t want to go out,” Luo explained, adding that authorities have been careful to emphasise that heightened emergency procedures in place in China’s capital do not currently constitute a “lockdown”.

Fashion and beauty brands are understandably concerned about a potential impact on physical retail. Though malls are not affected by the new restrictions — beyond the re-introduction of temperature and health code checks — a dampened desire of people in Beijing to go out in public is likely to have a significant impact on foot traffic. Particularly hard hit will be retail properties that are more reliant on food and beverage tenants to lure other shoppers in.

“To avoid [the further spread of the virus], you feel as though you shouldn’t be going to the malls [anyway],” Luo added.

Since June 16, Beijing’s emergency response level has been raised from level three to level two, which requires people to have their temperature taken and show a green health code before entering many residential compounds and buildings, as well as the cancellation of on campus classes for all schools. Public spaces, including libraries, museums, art galleries and parks will implement reservation systems with a cap on visitor numbers and working from home is encouraged wherever possible.

Beyond the official city-wide restrictions, many bars and restaurants have been ordered to close by their respective local district authorities, or have closed voluntarily. As Xinfadi market was a supplier for most restaurants in the capital, people are likely to be uncomfortable eating out for at least the short-term.

So far, there does seem to be confidence in the city’s official response to the outbreak. By June 18, almost 400,000 people who lived in the vicinity of the market, or who had contact with people who had visited the market, had been tested and the rate of new cases linked to the market had reportedly shrunk to nine by June 21. Public health officials have already publicly declared the outbreak “under control”, but the damage to consumer confidence may have already been done.

According to Michael Norris, research and strategy manager at AgencyChina, China’s capital city was already more cautious in its re-opening, compared with other major Chinese cities. Being the seat of central government and residence of prominent politicians, this was always going to be the case.

“Relative to first-tier city peers Shanghai, Guangzhou and Shenzhen, Beijing’s economic recovery was subdued. The capital only budged from its highest alert level in late April, which had impacts on transport, office buildings, retail precincts and schools,” Norris explained.

The consumer landscape is more complicated than a debate between ‘revenge spending’ and ‘revenge saving’.

For the fashion media industry, which in China is concentrated mostly in Beijing, the new outbreak, and new travel restrictions that have come along with it, constitutes a step backwards in the way professionals will be able to work, after domestic travel had become much more normalised in recent months.

“In the short term, [we will] definitely [need to change the way we are working],” said Lettie Tsang, Elle China’s Beauty Director.

“We’ve already cancelled a few planned trips to Shanghai [and] some celebrities, models and photographers from Shanghai have expressed concern about working in Beijing,” she added.

Even before the added complication of Beijing’s latest Covid-19 outbreak, there was still no consensus about whether China’s domestic consumer spending was on track to recover for the remainder of this year. Last week China’s National Bureau of Statistics released retail sales figures for May, which showed consumer spending coming in 2.8 percent lower than last year.

While this figure continues the trend of month-to-month improvement, it didn’t hit the expected level of 2 percent lower than the same period last year. This disappointing performance came during a month in which city, provincial and national government tried almost everything to stimulate consumption, particularly over the five-day Labour Day public holiday at the beginning of May, distributing billions of dollars in consumer vouchers and instituting new shopping festivals around the country.

The outlook for e-commerce is better than for physical retail. A look at the breakdown of spending by city and category on JD.com as part of this month’s 618 festival, which resulted in sales of approximately $38 billion worth of merchandise on the Beijing-based e-commerce giant (easily beating last year’s record haul of $29.2 billion), shows little impact on the desire to spend online from Beijingers.

According to JD.com, their home city was China’s second-biggest market for 618 sales. A closer look at growth categories among Beijing shoppers on 618, however, with health products leading the way, growing 137 percent year-on-year, followed by household and cleaning products, which grew 124 percent over last year’s promotional period, paints a picture of consumers more focused more on necessity than frivolities like fashion.

Though it is tempting to latch on to snippets of good news — a blockbuster debut at a Hermès store in Guangzhou here, record-breaking sales for the 618 festival there — in truth the consumer landscape is more complicated than a debate between “revenge spending” and “revenge saving”.

So far, the new outbreak of coronavirus has dented the confidence of people in Beijing to venture too far from home but it doesn’t seem to have rippled out to other major urban markets in a significant way. In Shanghai last week, the sight of people walking the streets and browsing stores without a face mask — an uncomfortable addition in Shanghai’s muggy summer weather — was almost more common than the sight of people wearing face masks. This marks a dramatic change from even one month ago, and a demonstration in people’s confidence at how safe that city is after facing down the worst of the outbreak in China.

It does seem inevitable that there will be some impact on retail in the capital, for the short term at least. Though, on the bright side for international fashion and beauty players, any reluctance on the part of consumers to return to brick and mortar stores in Beijing can theoretically be absorbed by a rise in online sales for many categories and value segments, as well as the continued return to normalcy being observed in other parts of China (barring further incidents of “second wave” outbreaks elsewhere).

“Going forward, Beijing will be extra cautious in lowering the city’s alert level and resuming normal social and economic activities,” Norris said. “This could mean ongoing impacts over the summer, a period where we were expecting upticks in outdoor activity and consumer spend.”

Regardless of official decrees relating to the city’s emergency level, Lavine Luo is blunt in her assessment of what public life in Beijing will look like for the near future: “July is [already over before it started],” she said.

As China’s Coronavirus Outbreak Eases, a Wary Return to Shops for Consumers