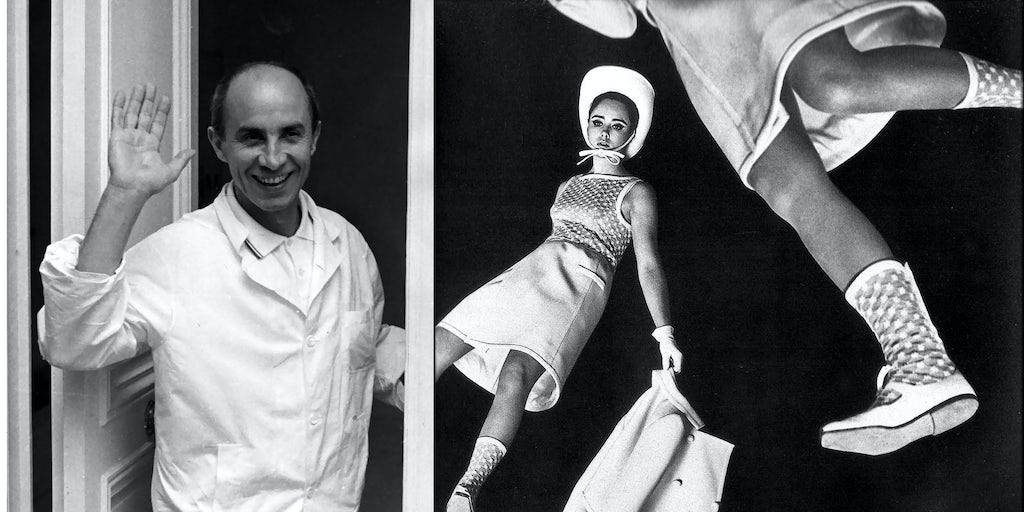 PARIS, France —  The Space Age brand has a new owner.

Artémis, the family holding company of François Pinault, has acquired full ownership of Courrèges for an undisclosed sum. Artémis, which already held 40 percent of the house, has bought out advertising executives Jacques Bungert and Frédéric Tortoling, who acquired the Paris-based womenswear brand from its namesake founder André Courrèges in 2011.

Ahead of Zobel’s debut collection for Courrèges this month, the house has unveiled a new logo, designed by Peter Saville, the renowned British art director and graphic designer, who is also behind Burberry’s first updated logo in 20 years, under the creative helm of Riccardo Tisci. The French house has also been releasing archive films and images on its Instagram under the hashtag #thefutureisbehindyou.

Founded in 1961, Courrèges is known for its modernist and futuristic aesthetic, but has struggled financially in recent years despite efforts to revive the heritage brand, which remains unknown to many consumers outside of France. The company does not disclose its earnings, but was reported to make a loss of €18.4 million in 2017, sources previously told AFP.

The investment arm of the Pinault family, Artémis was founded in 1992 by François Pinault and holds a majority stake in Kering. The Pinault family has previously made several high-profile investments in fashion companies such as Alexander McQueen (2001), Stella McCartney (2001), Christopher Kane (2016) and Giambattista Valli (2017). Artémis has also indicated an interest in purchasing a stake in Farfetch when it launches its IPO later this week, according to the regulatory filing made by the British marketplace with the US Securities and Exchange Commission.

Why Artémis, Not Kering, Invested in Giambattista Valli

What’s Next for Kering?