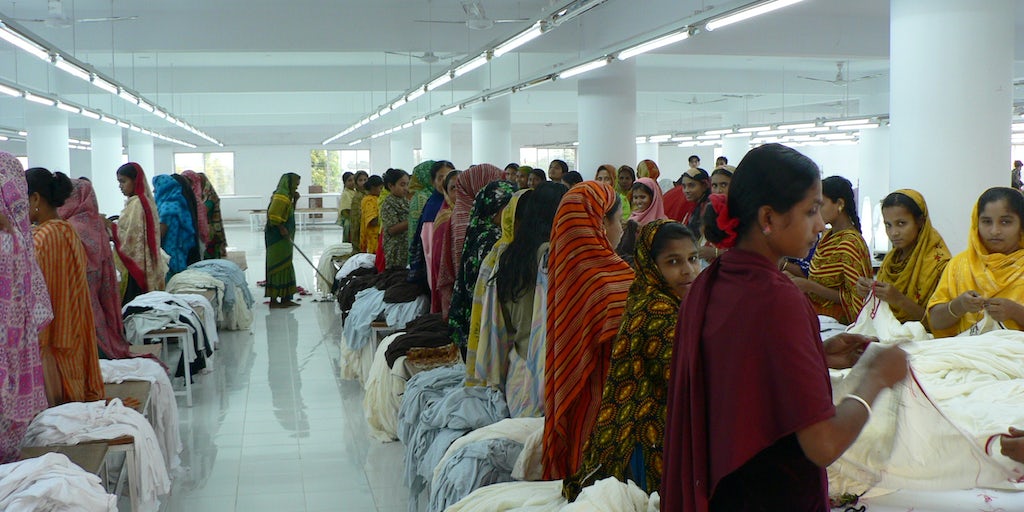 DHAKA, Bangladesh — Hundreds of workers poured onto the streets of Bangladesh’s port city of Chittagong on Saturday, flouting social distancing rules to demand work and wages during the coronavirus shutdown.

Bangladesh, the world’s second-largest apparel producer after China, is set to lose about $6 billion of export revenues this fiscal year as retailers and brands across the world cancel orders, two industry bodies have said.

The country reported 306 new cases of coronavirus and nine more deaths on Saturday, taking the total to 2,144 cases and 84 deaths.

Those figures are still relatively low compared with the worst-hit regions including China, parts of Europe and the United States.

But health officials have warned that the infection could still spread fast through the surrounding South Asia region, home to a fifth of the world’s population where millions live in packed slums with fragile public health systems.

Neighbouring India reported 991 new cases and 42 new deaths from the virus on Saturday, taking the total number of reported cases to 14,378 and deaths to 480.

Indian health ministry official Lav Agarwal told reporters some districts had not reported any new cases. But he urged people to stick to social distancing rules. “This is a battle for which we have to stay vigilant continuously,” he said.

India is in the fourth week of a nationwide shutdown, though the government has said it will allow industries in the countryside to reopen and some farms to resume work next week.

Sri Lanka’s government said on Saturday it would partially ease restrictions from April 20.

Bangladesh has sent troops out into the streets to help enforce a shutdown on travel and restrictions on gatherings.

In Chittagong, the crowds of workers on the streets said they were still waiting for last month’s wages.

Police had talked to one factory owner who had promised to make the payments by April 28, local officer Mohammad Zamiruddin told Reuters.

Bangladesh’s government last month launched a $588 million package to help companies in the crucial garments sector pay staff during the pandemic, but manufacturers have said it is not enough.

Here are official government figures on the spread of the coronavirus in South Asia:

* Afghanistan has reported 933 cases, including 30 deaths

* Bangladesh has reported 2,144 cases, including 84 deaths

* Maldives has reported 34 cases and no deaths

* Nepal has reported 30 cases and no deaths

* Bhutan has reported five cases and no deaths