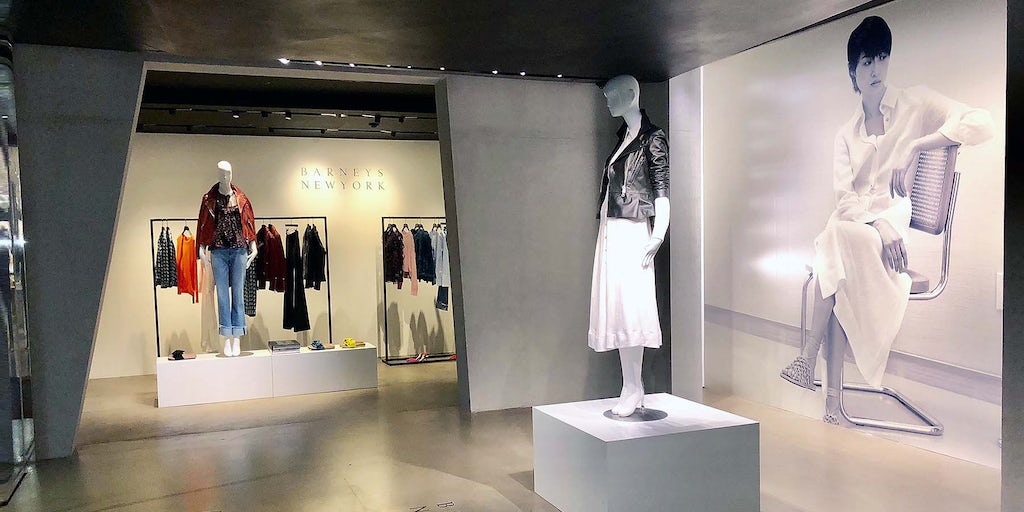 The American department store-chain is wholesaling its in-house label, which includes women’s and men’s ready-to-wear, shoes, handbags and accessories, to Boon the Shop, the trendsetting multi-brand retailer that introduced once unfamiliar brands like Dries Van Noten and Comme des Garçons to Korean consumers.

Barneys, which operates 23 stores, all in the US, is trying to expand its international business, which has grown in recent years through e-commerce, chief executive Daniella Vitale told BoF.

Private-apparel labels, typically manufactured by retailers and sold under their own name, have long been a staple of department stores like Barneys, where its in-house label is among the top five selling brands for men and women. It’s rarer for chains to put their in-house labels at the centre of an expansion push. But Vitale said wholesaling would help raise Barneys’ profile in Asia without taking the expensive step of opening new stores overseas.

Vitale said Barneys chose South Korea because the country is among the company’s top-performing eight markets, and online sales are growing fast there. The Korean market for designer apparel and accessories was approximately worth $5 billion in 2017 and is growing 7.2 percent on average each year, compared with the global designer market growing 3.2 percent annually, according to research firm Euromonitor International. Barneys is also eyeing China for a second launch that will be unveiled in the later half of this year.

“To dip our toe in the water, we wanted to align with someone who has a similar positioning in an entirely different trading area,” said Vitale on Boon the Shop. She described the private label as “another lever we can pull, without the tremendous capital investment that building more stores and taking up more square footage requires.”

Barneys will introduce selected pieces as part of a two-week pop-up at the retailer, which is owned by Korean department store chain Shinsegae, before introducing its full-season collection. Pricing of the private label will be similar in Korea as it is in the US, where a men’s cotton poplin shirt retails for $265 and a women’s cropped cashmere sweater costs $495.

Inside the Business of Barneys New York

For Multi-Brand Retailers, Private Label Is a Growth Driver Once Again