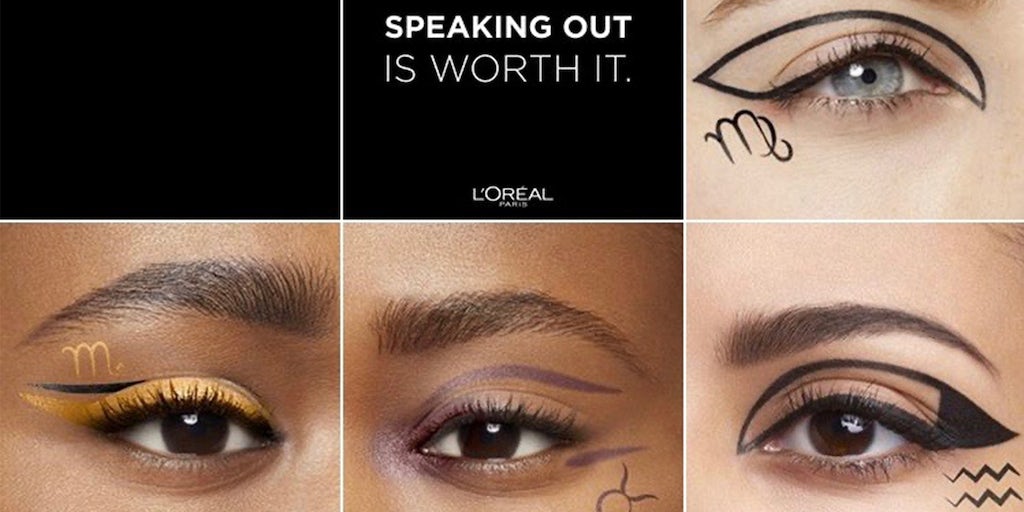 NEW YORK, United States — The beauty industry has made lots of noise about embracing inclusivity over the last few years. Brands from Covergirl to Dior have followed Fenty Beauty and introduced foundation lines in dozens of shades, while chains like Sephora and Ulta have worked to diversify their marketing materials and product assortments. Many non-white consumers cheered these efforts as a long-overdue step in the right direction.

But much of that goodwill has evaporated in the last few days, as brand after brand stumbled in its response to the killing of George Floyd, and the broader issues of racial discrimination and police violence. Cover FX and L’Oréal Paris were among the companies that came under fire on social media for superficial messaging. Others, including Dior and Flesh Beauty, have said nothing at all.

It raises the question of whether the beauty industry has really changed? Or if, behind the 40 shades of foundation, it’s the same dated outlook that persists?

Brands are more aware than ever that conveying their values is important to today’s consumers.

“We are there for them all the time when they want our money but when we need them for a day or two, where are they?” said Diarrha N’Diaye, a beauty brand consultant and alumnus of Glossier and L’Oréal who’s been tracking brand responses in her Instagram stories.

Brands are more aware than ever that conveying their values is important to today’s consumers, but many in the beauty industry struggle when it comes to investing in long term changes that go beyond the surface-level press releases and advertising campaigns they’ve become known for. When they don’t walk the talk, efforts like posting a black square on Instagram in support of Black Lives Matter feel hollow, serving only to draw more attention to where they’ve fallen short.

Some brands received praise for their response, including Glossier, which was one of the first to show its solidarity with the black community by donating $1 million to organisations like Black Lives Matter and black-owned beauty businesses. The facial chain Heyday was lauded for quickly committing to shift at least 15 percent of its shelf space to black-owned beauty brands, in partnership with designer Aurora James’ 15 Percent Pledge.

But they appeared to be outliers.

Tarte Cosmetics faced a backlash after initially showing support with a Desmond Tutu quote and a statement about standing with “those who are oppressed.” Commenters railed at the brand for their unwillingness to mention black people and the Black Lives Matter movement, specifically, and argued that many of the brand’s products offered few options for those with darker skin tones. (Its 86 face products range from four to 50 shades).

“It’s great you stand with those who [are] oppressed but it would be far more believable if you changed internally and made all your products match that thought,” wrote one commenter on Tarte’s Instagram account. The brand seemed to get the message: On Saturday, Tarte committed to donating to the NAACP and, on Monday, added Black Lives Matter to its caption.

When reached for comment, Tarte said they will also be matching employee donations to organisations committed to fighting injustice and supporting black communities.

L’Oréal Paris posted a photo on Instagram with the words “speaking out is worth it.” Transgender model Munroe Bergdorf accused the company of hypocrisy, noting that she was fired from a campaign for the brand in 2017 after she spoke out about racist violence.

“Their choice to ignore me and not acknowledge the emotional, mental and professional harm that they cause me since sacking me in 2017, after speaking out about white supremacy and racism, speaks volumes,” Bergdorf wrote on Instagram.

L’Oréal did not respond to a request for comment.

Black women spent $1.7 billion on beauty products in 2017, according to Mintel, accounting for 8.5 percent of the US market. But compared with other races, black women in the US are more likely to speak negatively about lip and face products online, with a lack of matching shades the most frequent complaint, according to CulturIntel, which analysed 12 months of conversations on social media last year.

More brands are learning that when they do fall short, the backlash can be swift, amplified by social media.

The ways in which beauty brands still come up short go far beyond shade ranges. Julee Wilson, Cosmopolitan’s beauty director, said everything from product descriptions to inconsistencies in the diversity of marketing imagery remind black customers they are an afterthought. One example she shared: shampoos labelled “for all hair types” that don’t work on natural black hair.

“People of colour can see when you’re just fishing it and it’s not a true [commitment],” she said. “You throw up black faces on social media when it’s convenient but the second I click on your website, it doesn’t match up.”

The events of the last week have turned up the volume on the realities of systemic racism in the US, of which beauty brands’ lack of support for black customers is part. It’s also attuned more white shoppers to these problems as well.

“For so long we’ve pointed out these issues to companies in the past, but it’s so much more powerful when it’s not just us calling these things out,” said Wilson.

The question is whether this will be a true wake-up call for the industry to move beyond superficial gestures toward inclusivity.

“I’m seeing a lot of black squares which feels like an easy way out,” said Cristina Black, who works with brands like Revlon and Kérastase on brand voice and content. “Eventually brands are going to have to address this in a deeper way.”

More brands are learning that when they do fall short, the backlash can be swift, amplified by social media.

RMS Beauty, a clean cosmetics company, on Sunday responded to commenters asking for a sign of support in the comments section of an Instagram post that said “we did not know there is an expectation date for showing support and our team will be in the office monday [sic] 9:00 est. We feel the exact same way as you do. All love no hate.”

N’Diaye, Teen Vogue Editor-in-Chief Lindsay Peoples Wagner and others vowed not to buy the brand’s products. Later that night, RMS Beauty posted an illustration of a black and white person hugging with “Blacks Lives Matter” scrawled below, and turned its comments off. On Monday, founder Rose-Marie Swift posted an apology and promised to donate $25,000 to Black Lives Matter, the NAACP and The Bail Project.

“This conversation isn’t the real issue at hand,” the company told BoF. “The conversation should be focused only on the end of systematic racism in this country and the slaughter of black men and women.”

N’Diaye says she will be waiting to see widespread company change before she shops their products again.

“It’s all about accountability,” she said. “I want to see that you have changed the course of your marketing and your product offering, and are really thinking about inclusivity behind-the-scenes with your hiring.”

Brands would do well to view this not just as a time to tweak their messaging but as a rebuilding opportunity, said Jodi Katz, the founder of Base Beauty Creative Agency.

“This isn’t just about marketing, it’s about real life,” she said. “Brands need to be open, be human, and think long term — this is about more than this week and what you post on social media, it’s about who you are as an organisation.”

Editor’s Note: This article was revised on 05 June 2020. A previous version of this article misstated that Tarte updated its post caption to mention Black Lives Matter and committed to donating to the NAACP on June 4. This is incorrect. The donation was made on May 30 and the post was updated on June 1.

THIS WEEK IN BEAUTY

Charlotte Tilbury sells majority stake to Puig. Financial terms of the deal were not disclosed, however, the beauty brand was reportedly valued at over $1 billion. BDT Capital Partners, which advised Puig on the deal, is a minority investor, while founder Tilbury will stay on as chairman, president and chief creative officer with “a significant minority stake.”

Beauty conglomerates are called on to do more to support the black community. Following the killing of George Floyd at the hands of the Minneapolis police, beauty brands have been issuing statements of support on social media. But for consumers, some of these messages have rung hollow and are urging conglomerates who have capitalised on black businesses to address inequality both inside and outside of their organisations now and in the future.

A ‘Covid-19 secure’ salon to open in the UK. Following the UK government’s announcement that beauty salons can reopen from July 4 at the earliest, Cecily Day Spa in Berkhamsted has unveiled a list of measures it has put into place to protect its costumes. From temperature checks to PPE for employees to divider screens.

Coty is in talks to collaborate with Kim Kardashian. The cosmetics maker and the reality TV star could be teaming up to produce a new beauty line, after it bought a majority stake in Kylie Cosmetics for $600 million last year.

Bubble tea and beauty collaborations are happening. International brands are joining forces with beverage companies in China, capitalising on the country’s booming bubble tea industry. Fenty Beauty unveiled its collaboration with Heytea in April to fans via a lottery system.