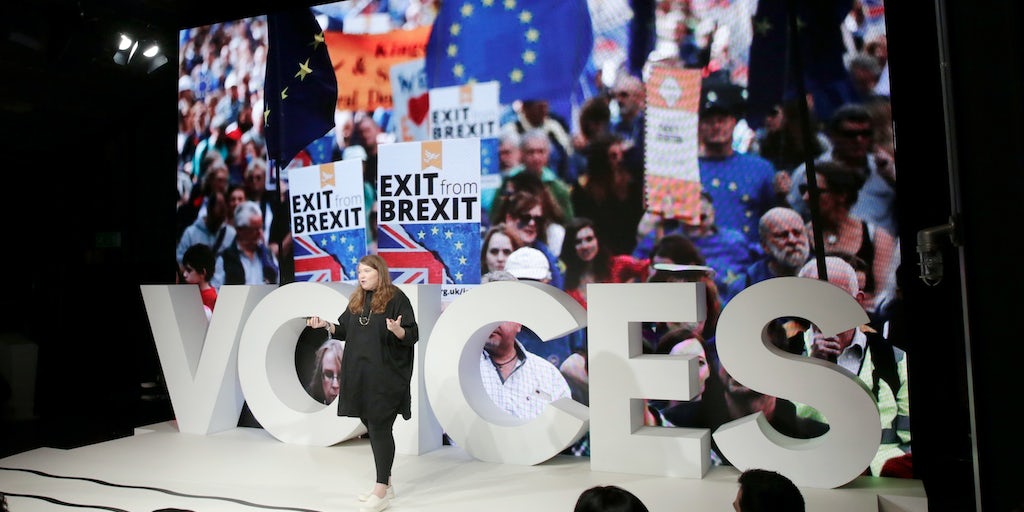 OXFORDSHIRE, United Kingdom — Big tech is increasingly superseding public entities in its ability to control and shape society, says futurist Lucie Greene, author of “Silicon States: The Power and Politics of Big Tech and What It Means for Our Future.” However, the implications of their actions are “complicated, to say the least,” Greene said at VOICES, BoF’s annual gathering for big thinkers, in partnership with QIC Global Real Estate.

The increased scrutiny of Facebook, illustrated by hearings this week in the UK and also earlier this fall in the US, indicates that consumers are now aware of the power technology giants, including Google, Facebook and Amazon have over public policy. Not only is there a “soft power” battle going on — space travel, once the domain of NASA, is now at the mercy of Elon Musk and Jeff Bezos — but big tech is now also a key government vendor. They’re lobbyists, they offer military services and perhaps most importantly, they’re distorting political discourse, as seen earlier this year when it was revealed that a data breach on Facebook allowed Cambridge Analytica to use information from 87 million users to help manipulate the outcome of the 2016 US presidential election and the UK vote to leave the European Union.

“Big tech is actually a bigger threat than Trump ever could be,” Greene said, citing the tech investor Peter Thiel’s vendetta against media publication Gawker, which was forced to close after a legal campaign funded by Thiel left it bankrupt. “While not extreme as Trump, they’re not transparent, they don’t like meaningful dialogue, they’re controlling… demonising the press.”

While big tech’s disdain of watchdog journalism is well documented, there are also implications around the way it is influencing systemic changes in society.

Big tech is actually a bigger threat than Trump ever could be.

“Technologies are displacing revenue from the state; technologies create efficiencies that create unemployment,” she said. For instance, ride-share service Uber may benefit middle class commuters, but it could potentially “ghettoise” public transportation, Greene said. Lodging marketplace Airbnb allows consumers to help pay their own rents by temporarily leasing out space, but it often increases home prices and rents in areas where it is prevalent.

Greene also argued that big-tech leaders are “doing philanthropy all wrong,” focusing too much on curing diseases and not enough on fixing societal issues like the opioid criss in the US.

However, tech’s stronghold on culture isn’t likely to dissipate any time soon. “Big tech is eroding at the power of the state,” she said. In order to move forward in a way that benefits society on a macro level, the industry must increase its diversity — not when it comes to gender and race, but also class — and think more about ethical responsibility. Greene noted that Apple’s positing that “data privacy is a human right” is a step in the right direction.

Generally, tech leaders — mostly white men — lack self-awareness. Their “famed empathy gap” has prevented them from designing bigger systemic services. But Greene believes that, as the first digital natives begin to run for office — leaders who understand this technology as intimately as its creators — change may be on the horizon. Greene hopes that outspoken tech leaders like Mark Zuckerberg or Elon Musk — who has rallied against the press in recent months — will take a closer look in the mirror. “Someone needs to tell him it doesn’t look good,” she said.

To learn more about VOICES, BoF’s annual gathering for big thinkers, visit our VOICES website, where you can find all the details on our invitation-only global gathering, in partnership with QIC Global Real Estate.