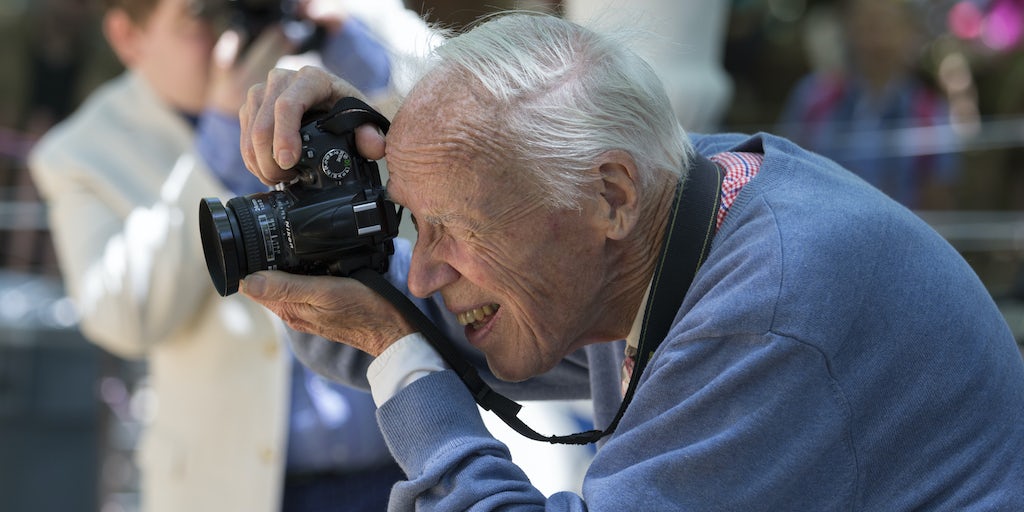 NEW YORK, United States — The beloved fashion and society photographer Bill Cunningham, who worked for The New York Times for nearly 40 years, left behind an enormous archive valued at $1 million. He also, his family discovered with some surprise upon his death in 2016, left a written memoir.

For the devotees of Mr. Cunningham who faithfully followed or appeared in his “On the Street” column (“We all get dressed for Bill,” Anna Wintour has said), this discovery amounts to a major archaeological revelation.

“It seems so unexpected,” said Christopher Richards, an editor at Penguin Press who acquired the book at auction. “He really didn’t divulge anything about his life to his friends and his colleagues. He was so private. I think it was a shock.”

It is not clear when Mr. Cunningham wrote the memoir, which he called “Fashion Climbing” and left as a pair of clean typescripts, though multiple drafts of certain sections also found in the archive suggest he revised it.

The title is a reference to his early years ascending a fashion ladder invisible and disreputable to his stern Catholic family. On one page of the manuscript, he drew a little doodle of a young Bill ascending a ladder, and added a line attributed in the book to his mother: “What will the neighbors say?”

The book chronicles his dress-mad childhood, service in the Korean War (during which he decorated his helmet with flowers), a move to New York, success as the ladies milliner “William J.” and his beginnings as a journalist. It is also the poignant portrait of a boy growing up in a “lace-curtain Irish suburb of Boston” whose passions do not necessarily align with the expectations for him.

“It’s a crime families don’t understand how their children are oriented, and point them along their natural way,” Mr. Cunningham wrote in an early chapter. “My poor family was probably scared to death by all these crazy ideas I had, and so they fought my direction every inch of the way.”

About this familial disapproval Mr. Cunningham is blunt but not rancorous.

“There I was, 4 years old, decked out in my sister’s prettiest dress,” reads the memoir’s second sentence. “Women’s clothes were always much more stimulating to my imagination. That summer day, in 1933, as my back was pinned to the dining room wall, my eyes spattering tears all over the pink organdy full-skirted dress, my mother beat the hell out of me, and threatened every bone in my uninhibited body if I wore girls’ clothes again.”

Though Mr. Cunningham lived to see greater acceptance, he became modest and effacing in his self-presentation, usually wearing a French sanitation worker’s blue jacket and khakis to capture the more flamboyant citizens of New York. He submitted reluctantly to a 2010 documentary.

“It feels like he had internalized that reaction,” Mr. Richards said of the disapprovals of his childhood. “It’s speculation to think of why he decided not to publish this in his lifetime, but my assumption, having spent a lot of time with the text, is because though he really wanted to tell the story of this special period in his life, his education in creativity and style, at the same time he was worried how people were going to respond.”

But aside from some scenes of family discord, Mr. Cunningham’s memoir is a rosy account of an irrepressible dreamer who tripped his way from the stockroom of Boston’s newly opened Bonwit Teller to hat shops of his own in New York. He arrives in the city in November 1948 on opening night of the opera — then a tent pole of the New York social calendar — and stays long after the Social Register stopped being anyone’s bible.

Much of the material is new, even to his relatives. “Bill kept his family life in Boston and his work life in New York very separate,” wrote his niece Trish Simonson, in an email. “He told us stories over the years, but nothing that painted a full picture of what he did and how he came to do it. The drafts of the memoir we found, titled and edited and written in his own unmistakable voice, filled in a lot of blanks of how he made it from here to there, and what he thought along the way.”

There is some gossip, mostly decades old (the columnist Eugenia Sheppard does not come off very well), but little about Mr. Cunningham’s personal life, other than sly asides.

In a preface commissioned by Mr. Richards, Hilton Als, a writer for The New Yorker, remarks on the “Breakfast at Tiffany’s” flavor of Mr. Cunningham’s reminiscences. The photographer tells of subsisting in lean years on jars of Ovaltine, three spoonfuls a day, feasting on the sight of Madison Avenue shop windows instead.

In an industry where the right invitation is all, Mr. Cunningham didn’t wait for one, pedaling from street corner to show to benefit on the bicycle he had occasionally had to pawn when low on hatmaking supplies. “Gate-crashing was part of my self-education in fashion,” he wrote. When he boldly asks to rent a space for his first shop above Hattie Carnegie’s store, a saleswoman sends him to go see the proprietress — and gives him the address of the Bellevue mental hospital.

“Bill was a true original,” Mr. Richards said. “For me, this book is really for those of us who came to New York with a dream and saw New York City as a real oasis of creativity and freedom, a place to be who we want to be. It’s a really beautiful story about a young, artistic man finding his way in the city, in a particular kind of bohemian world that doesn’t quite exist anymore.”

Publication is planned for September — just in time for New York Fashion Week.

By Matthew Schneier. This article originally appeared in The New York Times and was legally licensed through the NewsCred publisher network.