Is there a beauty bubble?

Given that over-eager investors are pushing valuations so high that a crash is almost inevitable, the answer could be yes.

In the past week alone, there’s been a flurry of deals in the space. First, there were reports that the Lady Gaga-fronted, yet-to-be launched Haus Beauty had raised a round of funding led by Silicon Valley venture firm Lightspeed. Then, private equity-backed nail and colour cosmetics line Butter London was bought by Astral Brands for an unknown sum. And Procter & Gamble acquired skincare line First Aid beauty for an estimated $250 million.

But it was Eurazeo Brands’ $60 million investment in Pat McGrath Labs at a reported valuation of over $1 billion, or 17 times its sales, that really raised eyebrows.

Certainly, there is plenty for investors to be excited about. For a start, beauty products often come with margins wider than 80 percent. And a new breed of buzzy digital-first beauty brands are using social media to drive rapid growth, avoiding traditional department stores. (Beauty brands were the subject of 5 percent of all social media conversations in 2017, whereas fashion brands made up only 2 percent, according to NetBase, a market research company.)

But can these brands credibly command technology-style valuations?

Glossier founder Emily Weiss is bullish on the beauty sector. After being named to Fortune’s “40 Under 40” list this week, she took to Instagram to underscore the size of the sector. “This isn’t about me, this is about beauty,” she wrote. “Four years ago, I couldn’t get a text back from most investors. Yet it’s a $450 billion industry [that’s] going to $750 billion by 2024.”

Glossier, which has raised over $86 million to date, was valued at $390 million at the time of its last funding round. Charlotte Tilbury’s beauty range, which last year raised a minority investment from Sequoia Capital, is now valued at $500 million, according to market sources. And Huda Beauty, which took investment from private equity firm TSJ Consumer Partners at the end of last year, is generating over $200 million a year in revenue, with Forbes putting the founder-blogger’s personal net worth at $550 million.

Then there’s Kylie Cosmetics, which generated an estimated $330 million in sales 2017. Given the multiples at which many beauty brands have been acquired over the past several years — often four times annual sales — Kylie Cosmetics may be valued at over $1.3 billion. Earlier this month, Forbes made waves when positing that Jenner could very well be worth nearly $1 billion herself.

While Jenner hasn’t taken money and doesn’t need an exit, how will the others realistically exit and deliver a return for investors? There are really only two options: acquisition or IPO.

The number of potential buyers with the funds to acquire these brands remains small — and they’ve already spent plenty over the past decade with mixed results. (Although perhaps the good news for those aiming to sell is that competition between the major beauty groups — including Estée Lauder Companies, P&G and L’Oréal — can spur higher prices and defensive acquisitions.)

Meanwhile, brands aiming IPO will need to demonstrate long-term staying power in a market with no shortage of hot new digital beauty brands. Perhaps that’s why some heavily funded startups are considering making acquisitions themselves, in the hopes of building a portfolio that could someday rival established conglomerates. (For instance, Los Angeles-based clean-cosmetics company Beautycounter, which was valued at about $400 million at the time of its last funding round, bought Nude Skincare from LVMH in 2016.)

To be sure, many of these new beauty brands are scaling quickly. But they can fall from favour equally fast. Even Kylie Cosmetics, which boasts fans willing to line up for hours in order to score one of its covetable lip kits, might not be able to keep up the pace.

In 2017, when the brand reportedly generated more than $300 million in sales, its earned media value (EMV) — a measure of its ability to drive social media conversation — reached $293.1 million, up 35 percent from $216.5 million in 2016, according to analytics firm Tribe Dynamics. In the first half of 2018, however, Kylie Cosmetics’ EMV was $98.6 million, down 26 percent from the same period last year. Kylie Cosmetics declined to comment.

The higher they climb, the faster they fall? 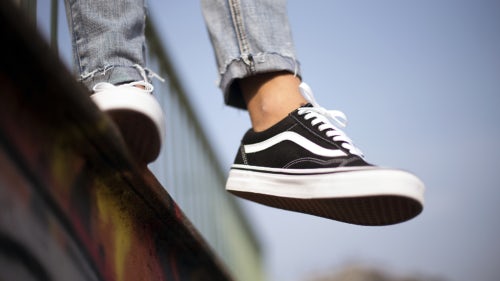 Calvin Klein and Raf Simons launch new fragrance. Both PVH and partner Coty are betting big on Calvin Klein Women, the first major fragrance launch from the brand since 2005. It is also the first to be designed in collaboration with Simons, who joined Calvin Klein as chief creative officer in August 2016. The fragrance will launch on July 16, exclusively at Harvey Nichols in London.

Nike digital reboot underway. The sportswear giant told investors that sales through digital platforms, such as Nike.com, the Nike app and retail partners’ websites, would double to 30 percent of the company’s roughly $36 billion in annual sales. The company also finally launched a pilot program with Amazon after resisting it for years, and relaunched its NikePlus membership app, which has 140 million members so far. Nike said it wants to grow that number to 300 million over the next few years.

EBay trims annual revenue forecast. The move signals that the online marketplace is losing momentum as the critical holiday season approaches. Annual revenue will be $10.75 billion to $10.85 billion. The company in April projected $10.9 billion to $11.1 billion in sales for the year. Sales will be $2.64 billion to $2.69 billion in the third quarter, while analysts were projecting $2.73 billion. 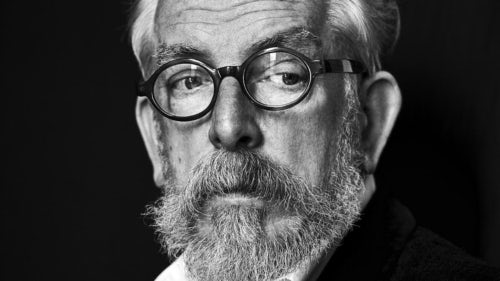 Set designer Michael Howells passes away. The set ‘magician,’ who created otherworldly sets for the likes of John Galliano’s Dior, passed away Thursday morning. Known for his eye for extraordinary, memorable details, the producer has worked on everything from Mark Baldwin’s ballets for the Rambert Company to Selfridges’ Christmas frontage to Versace advertising campaigns and even a Gwen Stefani album cover.

Thom Browne teams up with FC Barcelona. Days after the 2018 World Cup finale, the New York-based fashion designer announced that he would partner with the Spanish football club, to be the official provider of the team’s “off-field tailored and formalwear uniforms” starting with the 2018-2019 season, which begins in mid-August. The financial terms of the deal were not disclosed.

GQ Middle East launches with youngest editor. A new monthly men’s magazine is coming to the Middle East, and Adam Baidawi is leading the charge. The 28-year-old journalist and photographer is taking on the role of editor-in-chief of GQ Middle East, which will launch in September through a license agreement between Condé Nast International and ITP Media Group.

Robin Derrick exits Spring Studios. Derrick is stepping down as global executive creative director at the creative agency and photographic studio after seven years in the role. He joined the company in 2011 from Condé Nast, where he had a 20-year career as creative director of Vogue. A replacement has not yet been named.

Amazon’s Prime Day sales soar despite glitches. Sales rose sharply during the first three hours of Amazon’s Prime Day, dispelling fears that the technical glitches that incensed shoppers would significantly hurt business. Shoppers spent 54 percent more in the first three hours of this year’s event, compared to the same period a year ago, according to software firm Feedvisor. In a bid to gain market share, retailers like Target, Macy’s and Walmart launched special promotions to coincide with the event.

Farfetch acquires Chinese digital marketing agency. The fashion e-commerce platform has acquired CuriosityChina in a bid to boost its presence in the world’s second-largest luxury market. The terms of the transaction were undisclosed. CuriosityChina’s employees will join Farfetch, which has raised over $700 million in funding and is seeking scale as it gears up for an IPO.

Louis Vuitton expands e-commerce in China. The French luxury house is rolling out its services to all major cities throughout the mainland, meaning that consumers from smaller cities will also be able to enjoy the brand’s premium delivery service and 7-days return policy. Previously, Louis Vuitton catered to only China’s largest cities like Beijing, Shanghai and Guangzhou. The news came days after Vuitton announced the lowering of its prices in China, in support of the Chinese government’s tax-cutting efforts. Gucci and Burberry have also since followed suit.