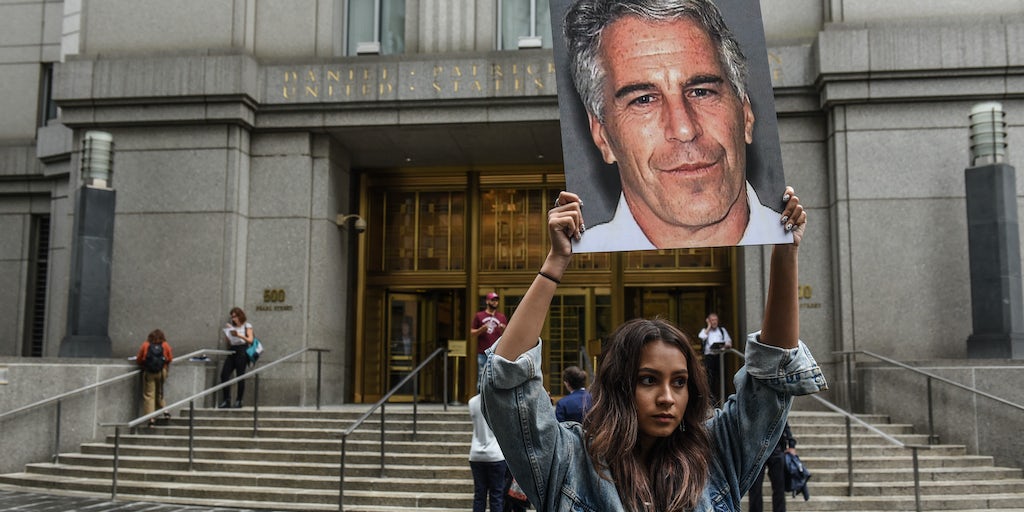 A protester holding a Jeffrey Epstein sign in front of the New York federal courthouse on July 8, 2019 | Source: Getty Images

NEW YORK, United States — Les Wexner, the billionaire behind Victoria’s Secret, said convicted sex offender Jeffrey Epstein, who was at one time his close friend and financial manager, misappropriated “vast sums of money” from him.

“We discovered that he had misappropriated vast sums of money from me and my family,” Wexner wrote in a letter to members of his Wexner Foundation on Wednesday. “This was, frankly, a tremendous shock, even though it clearly pales in comparison to the unthinkable allegations against him now.”

Epstein for years helped manage Wexner’s finances and was affiliated with several other entities tied to the billionaire, including the Wexner Foundation. Wexner said in the letter that the allegedly misappropriated funds was discovered after it was decided in 2007 that Epstein should step back from his role.

In 2008, Epstein moved $46 million into a charitable fund overseen by Wexner’s wife Abigail, after he was charged with soliciting prostitution. Wexner said in the letter that some of the funds have been recovered, and the “widely reported payments Mr Epstein made to the charitable fund represented a portion of the returned monies.”

Epstein was arrested last month and has been charged with sex trafficking of minors and conspiracy. He has been denied bail and is in federal custody.