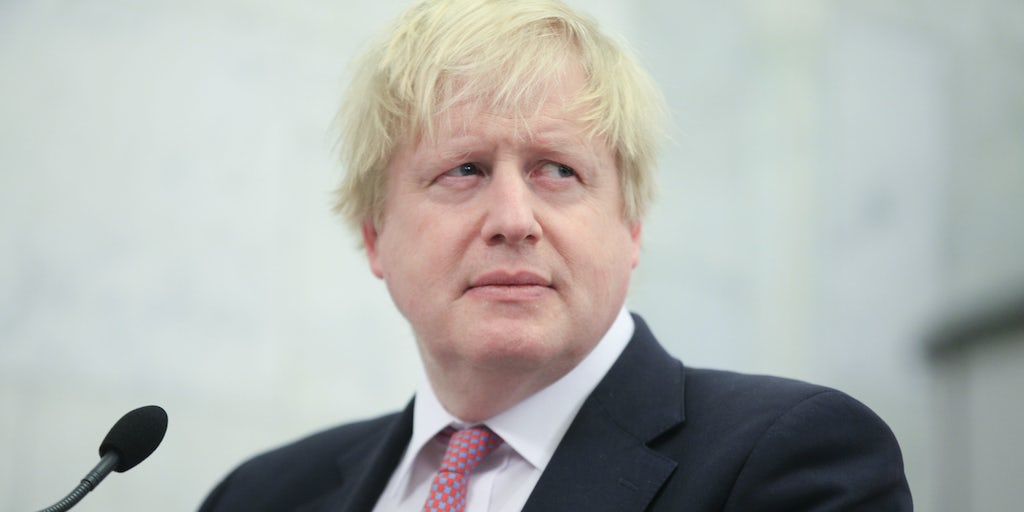 LONDON, United Kingdom — On a day when a climate condition known as “the African plume” promised the hottest weather on record in the UK, a different kind of hell was brewing on the political front. After an elephantine gestation, Boris Johnson’s prime ministerial ambitions were finally birthed, courtesy of the 80,000 or so members of the Conservative Party who, via postal ballot, selected him as their new leader and therefore, by a toxic combination of circumstance and formality, as the next Prime Minister of The United Kingdom of Great Britain and Northern Ireland. So much for democracy.

That 80,000 distils to less than half of one percent of the UK’s registered voters. It was by a similar formality that Gordon Brown assumed the Labour premiership in 2007. At that time, Johnson wailed about “arrogance”, “contempt”, “scandal”, “stitch-up”, “palace coup” and “trampling on the democratic will of the British people”. His conclusion? “Let’s have an election without delay.”

Ah, sweet schadenfreude. After Tuesday’s ludicrous insult to the notion of the will of the people, Johnson finds himself in the same position as Brown, with the added albatross of Brexit. His path to the premiership was lit by his commitment to realising the result of the 2016 referendum which ended in a slim majority of those who wanted to separate from the European Union, close borders to the free flow of immigrants and reclaim UK sovereignty.

The margin of victory was scarcely conclusive, and the Brexiteers’ lack of preparation for victory made it obvious they didn’t expect to win. Still, neo-populists like Johnson claimed it was resounding. And that lie has been exposed as glaringly as all the others that Johnson and his henchfolk spewed forth in the run-up to the referendum, along with the help they had from Facebook, Cambridge Analytica, Russian trolls and all the other bad actors we’ve learned to loathe since we’ve been turned on to their complicity in Trump’s victory a few months later.

And now Johnson is left holding his Brexit baby. His predecessor Theresa May made a terrible fist of Brexit. She wasn’t temperamentally cut out for the job of babysitter, and it showed with every stiff, hapless, intractable gesture. Boris’s notoriously complicated and fertile love life colours him as more of a “homebody”, but is he ready to be Brexit’s daddy? Now he’s prime minister, it’s not just the furniture of his new home, 10 Downing Street, that demands his attention (he’d already ordered a new bed before the results of Tuesday’s vote were announced), it’s 66 million angry Brits. They’re his new family, and they’re not happy, whichever side of the political fence they fall on.

I get my news like everyone else: internet, TV, papers, magazines, hearsay, the usual churning spiral that has become a dark obsession in the Era of Agent Orange. But I don’t think I’ve surrendered my judgment, my ability to extract nuggets of reason from the slurry of factoids and sales pitches that bombards everyone on a daily basis. The legendary art critic Robert Hughes once declared that the flipside of sentimentality was viciousness, both of them cheap kneejerk responses. The Brexiteers have efficiently embodied that dichotomy. So have their deadly enemies, the Jeremy Corbyn cabal that dominates the Labour party, our alleged alternative to the likes of Johnson. Every seasoned political voice, every industry expert, every career military man, every artist and activist and caring individual sees the madness in Brexit and can effortlessly indicate a way out.

The people in power don’t want to know. Instead, we pick up a Murdoch paper on Sunday (and remember how much of this global turmoil has been wrought by Murdoch papers) to read that Johnson was “visibly shaken” when the extent of the misery that Brexit will bring to Britain was clarified. Johnson has blithely claimed that October 31, the final deadline for a deal for departure from the EU, already stretched to its limit by Theresa May, is a “do or die” day. In the event of no deal, there is a list of emergency priorities for imports. The first is medical supplies, the second is components for nuclear facilities, the third is fresh food. Number five is chemicals to guarantee a supply of fresh water. Chaos at the border is a given. Trade may functionally cease. And 9,500 troops are primed to deal with “civil unrest”. A neighbour works in the Great Ormond Street Children’s Hospital. Chaos for her means young lives in danger. Is this what Johnson means by “do or die”?

But why this wilful denial of cause and effect? The “No deal” brigade, led by an inanity named Jacob Rees-Mogg (who sounds like he should be in a rep company touring a budget-free version of “Cats”), feels that all such pain is merely a hump on the road to glorious gain for them and their plutocratic/gerontocratic/kleptocratic/sociopathic cronies. Rees Mogg himself admitted it will be decades before the UK is set right again. You just know that some of those cronies are hedging the collapse of the pound in the wake of a no-deal Brexit. Follow the money…but I’ll leave that ‘tec work to someone with more balls.

Brexit’s shortcomings have been made painfully obvious by three years of trying to make the unworkable work. Johnson’s personal and professional failings have been endlessly catalogued by everyone from siblings to ex-wives to work colleagues to political counterparts in the EU. His ascent to the top political position in the land ought to be the stuff of savage satire. Instead, it’ll be the real-life substance of every media outlet in the UK for the foreseeable future, rivalled only by his American counterpart.

Still, I nurse a peculiar fantasy. Given that he has betrayed little sincere affiliation to anyone or anything throughout his life (not as he has presented it to the public at least), and given that he is a narcissistic opportunist, might it occur to him that cancelling Brexit would win him a place in history much more significant than standing by the whole sorry situation, especially with all those dark predictions looming? No longer Bobo the Clown stranded on a tripwire, no longer Boorish Johnson, but Boris the White Knight.

I did say it was a fantasy. It’s too late, baby. What was it Boris said? “Let’s have an election without delay.” But good Lord, what will that bring us? A regime of Corbynistas? Here’s another fantasy: if you don’t eventually accept your own idiot inadequacy and give power to the people, the people are going to rise up and take it. And it’s never too late for that.

Tim Blanks is editor-at-large of The Business of Fashion.

Brexit at the Cliff Edge: What Fashion Needs to Know