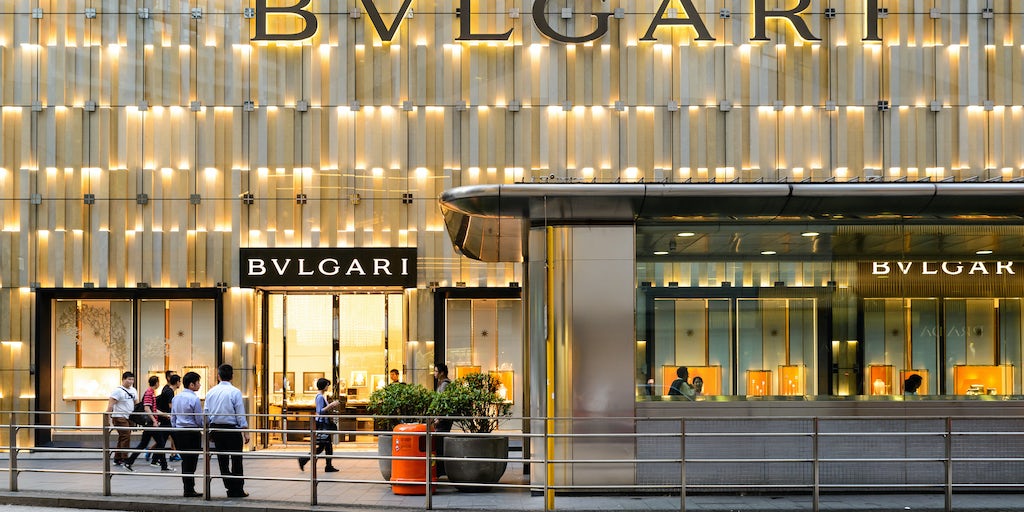 BEIJING, China — Bulgari SpA plans to add stores in China, saying jewellery sales there could potentially double over the next five years as it dodges a broader slowdown in the world’s second largest economy.

“Year after year a huge upper middle class is getting out of universities, reaching the job market, and getting discretionary money,” Bulgari’s Chief Executive Jean-Christophe Babin told Bloomberg Television in an interview.

Owned by the LVMH group, Bulgari is joining other luxury goods makers in expanding its footprint in mainland China to tap the world’s biggest consumer pool. Deterred by a weak yuan, protests in Hong Kong and geopolitical tensions with the US, Chinese shoppers are shifting their luxury spending back home instead of buying overseas.

“There are 5-10 cities where we are not yet present, and where in the next five years it will make a lot of sense to have the brand standing so that [the] Chinese can physically experience wearing a Bulgari necklace,” said Babin, adding that this will help the brand build closer connections with its consumers.

Cities such as Wuhan, Chongqing, and Shenzhen are being considered for opening additional stores by the jeweller  which also sells premium watches, perfumes and bags.

The luxury retailer intends to retain its four boutiques in Hong Kong despite business having been hit by ongoing street protests, according to Babin.

The disruption in Hong Kong in fact has come with a silver lining. The sales decline in Asia’s financial hub was offset by stronger demand in mainland China, Japan and other nations in Southeast Asia, he said, mirroring the trend in its parent’s latest quarterly earnings.

Growing in China, however, is fraught with risks for western brands as they learn to navigate the country’s political sensitivities. The National Basketball Association is facing a broadcast blackout in China, two weeks after a league official posted a tweet in support of pro-democracy protests in Hong Kong and triggered a crisis.

Christian Dior SE, also part of the LVMH group, came under fire this month for slighting Beijing’s One China policy when it made a presentation at a university and didn’t include Taiwan in a map of China.

When asked about the heightened risk this presented for businesses, Babin said it wasn’t “necessarily different” in the US or Japan as every culture has some hot-button issues.

“Our organisation is very clear in mirroring our respect for Chinese sovereignty,” said Babin, adding that Bulgari focuses on building strong local teams. “We know that knowing, feeling, perceiving local sensitivities is important. This doesn’t prevent you occasionally from making some mistakes.”