The British megabrand’s chief creative officer Riccardo Tisci took to his personal Instagram Stories to unveil a new logo and monogram — the founder Thomas Burberry’s initials “TB” interlocked across a honeyed background — on Thursday. It marks the first time the brand has changed its logo in almost 20 years (the previous logo, which saw Burberry drop the “S” from its name, was designed by Fabien Baron in 1999).

Developed in collaboration with the renowned British art director and graphic designer Peter Saville — best known for his New Order and Joy Division record sleeves, and more recently, his work for Calvin Klein under Raf Simons — the brand’s new logo was inspired by Tisci’s visit to the house’s archive, “especially a logo from 1908 and a Thomas Burberry monogram,” according to an email correspondence between the two creatives, which Tisci shared on social media.

The logo and monogram print will appear across all Burberry channels and in a new advertising campaign today. 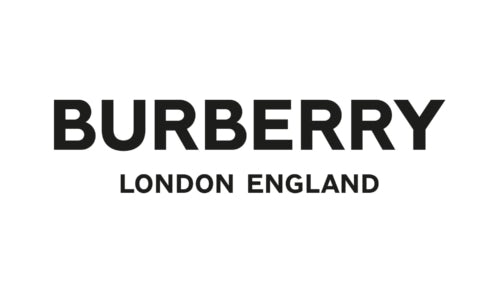 The new visual identity comes five months after Tisci took the creative helm at Burberry, replacing Christopher Bailey. Chief executive Marco Gobetti, who joined the company in July 2017, is nine months into his 5-year plan to reposition Burberry as a genuine luxury player and re-energise a brand whose sales growth has significantly lagged rivals LVMH and Kering. Core to the strategy is a renewed focus on leather goods, which currently account for less than 40 percent of revenue, and will presumably leverage the new monogram.

After the 2008 financial crisis, fashion that so conspicuously screamed commercialism and consumption fell out of favour. Even Louis Vuitton changed tack, reserving its signature stamp for only limited-edition goods. After all, decreasing availability means increasing exclusivity — and for luxury brands, this means increasing demand.

But now, luxury brands are returning to logos. As part of his maximalist revolution, Gucci creative director Alessandro Michele resurrected the brand’s neglected interlocking G motif from its 90s heyday, reinterpreting it for a younger, modern audience by adorning it with flowers or pairing it with playful motifs. Dior’s Maria Grazia Chiuri reintroduced the house’s logo print on handbags for her first ready-to-wear show. Fendi, too, has been reviving its black and brown double ‘F’ logo print across its clothing and accessories.

Tisci previously revealed on social media the news that Burberry and Vivienne Westwood would be collaborating on a limited-edition collection, launching in December 2018.

Tisci will show his first full collection for Burberry in September 2018.

As Branding Evolves, What’s a Logo Worth?