This week, Walmart launched upscale department store Lord & Taylor on its website as part of a broader effort by the American retail goliath to position itself as a digital destination for fashion, as it attempts to attract more affluent customers and build an e-commerce presence that can compete with Amazon. The Lord & Taylor destination will sell over 125 fashion brands, including Lucky Brand, Vince Camuto, Tommy Bahama, La La Anthony, H Halston and Effy.

Following its $3.3 billion acquisition of Jet.com in 2016 — a move designed to counter Amazon and expand its appeal beyond low-income shoppers who have limited spending power — Walmart made a string of smaller fashion e-commerce acquisitions. In early 2017, the company snapped up players like outdoor retailer Moosejaw, indie women’s e-tailer Modcloth and digital-first men’s brand Bonobos as part of a drive to expand its online assortment with more aspirational product and help turn Walmart.com, a discount site long known for its basics and “everyday low prices,” into an online mall selling more stylish upscale items.

Walmart recently redesigned its website with a more sleek and modern look. And after a disappointing digital performance last quarter, the company said its e-commerce sales in the US grew 33 percent in its fiscal first quarter, suggesting the investment is paying off.

The retailer may also pursue further partnerships like the Lord & Taylor tie-up to gain access to more premium products. But make no mistake: Walmart has a long way to go.

The Arkansas-based company remains the world’s largest retailer, with $495.8 billion in annual revenue and US sales of $318.5 billion, up 3.5 percent year over year, for the fiscal year ended in January. But Amazon is growing at a faster rate and is on track to overtake Walmart in US sales within the next two to three years, according to analysis published by JP Morgan this week.

Meanwhile, Walmart’s online apparel business is dwarfed by Amazon’s fashion presence. “Walmart’s online apparel is such a small part of the business, I can’t even imagine any way they compete with Amazon in fashion,” said Sucharita Mulpuru-Kodali, Forrester’s vice president and principal analyst. “They certainly have their work cut out for them. It is a noble goal, but it’s going to be hard to pull off,” she continued. “I think they have a very scattered approach right now.”

Thus far, there’s limited evidence that Walmart’s fashion investments are bearing fruit. Certainly, gaining access to more aspirational product is only one part of the challenge. Perhaps the single biggest issue the company faces is executing its upscaling strategy under the Walmart brand, which is closely associated with cheap prices and borderline anathema for the higher-end shoppers who frequent the likes of Lord & Taylor.

“A lot of these higher-end brands that they now have are completely incompatible with the Walmart brand,” said Mulpuru-Kodali. “I think this is where they need to have an open mind; maybe you brand it differently.” This could mean radically rethinking the customer experience across everything, from packaging to checkout flow.

But pushing the product mix and consumer experience upmarket comes with liabilities.

Consider the cautionary tale of JC Penney. In the fall of 2011, ex-Apple retail guru Ron Johnson was appointed chief executive of the dusty department store chain and set about reinventing its approach, transforming the American stalwart into a hip shopping destination, complete with boutique-style shop-in-shops and embarking on a radical no-coupons, no-sales experiment to shift the retailer away from discounting. But Johnson, who is widely credited with making Target cool and engineering the blockbuster success of the Apple Store, did too much, too fast, alienating many of JC Penney’s oldest and most loyal customers. Sales collapsed and he was ousted after only 17 months.

Of course, much about Johnson’s approach was flawed from the get-go. But when it comes to consumer perception, legacy retailers may simply have less room to manoeuvre than newer retail-tech giants like Amazon, which have greater license to move fast and break things.

The question comes: how far and how fast can Walmart go?

The Walmart.com customer is undoubtedly more affluent and sophisticated than the company’s in-store customer, allowing the website to evolve in ways that might be challenging for its stores. “They may feel like they have the opportunity to let their Walmart.com go to places where the Walmart stores wouldn’t necessarily go. I think that is the prevailing thesis. And it is less than 10 percent of the store business, so it is still relatively small,” said Mulpuru-Kodali. “But it’s a risk they are taking that could very well backfire.” 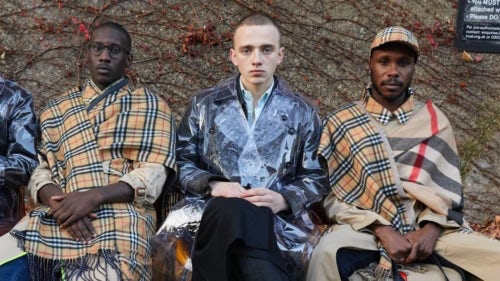 Nike hits record high as investors shrug off executive upheaval. The sportswear giant’s investors are keeping the faith in the wake of allegations of gender discrimination and inappropriate behaviour that led to the departure of nearly a dozen senior executives. Shares rose as much as 2.7 percent to $71.35, a record high for the company that went public in 1980. The company aims to transform its troubled workplace with new diversity initiatives.

Richemont’s watch unit weighs on profit. Shares slumped as much as 7 percent as earnings missed estimates. Operating profit rose 5 percent to 1.84 billion euros ($2.2 billion) in the 12 months through March. Buybacks and portfolio transactions led to one-time costs of 208 million euros. The company, which is focused on offering more affordable watch models, unveiled Baume, a cheaper sub-brand that will be sold in pop-up stores and online for as little as $560.

Nordstrom sales disappoint. The department store’s comparable sales missed analysts’ estimates in its first quarter earnings, underscoring why members of the founding family wanted to take the company private in the first place. The firm posted sales of $3.56 billion in the period, which ended May 5. Profit was 51 cents a share, excluding some items. Shares dropped as much as 7.7 percent.

Macy’s shares surge after profit beats estimates. First-quarter same-store sales rose 4.2 percent, as sales rose at its Bloomingdale’s, Bluemercury and own Macy’s stores. This was the second straight quarter of same-store sales growth. Comparable sales in the first quarter were up 3.9 percent over a year earlier, blowing past analyst expectations.

Profits slump at Arcadia. The owner of Topshop has reported a 42 percent slump in full-year profit, blaming intense UK competition. Underlying operating profit at Taveta Investments, the holding company that owns Arcadia, fell to 124.1 million pounds ($167.6 million) in the year to August 26, 2017, from 215.2 million pounds in the previous year, and sales were down 5.6 percent to 1.91 billion pounds. 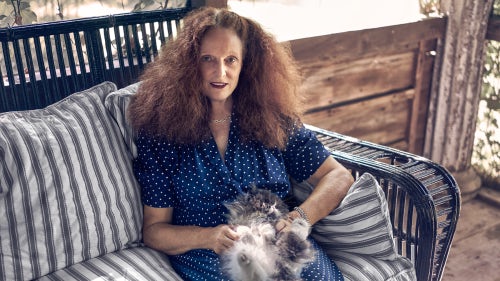 Grace Coddington to host talk show ‘Face to Grace’ on M2M. The six-episode series, featuring interviews with the likes of Ansel Elgort and Nicolas Ghesquière, will debut on IMG’s streaming fashion channel in September 2018. According to IMG, M2M now reaches more than 5 million unique users a month, and non-web users watch an average six or more videos per session, with an average time spent of more than 30 minutes.

H&M, Gap and Stella McCartney join forces for sustainable fashion. Major global brands have signed up to the “Make Fashion Circular” initiative, which aims to eliminate waste and pollution and ensure materials are re-used. The companies will spend three years developing practical ways in which the industry can move away from polluting materials and processes, working with HSBC bank.

Nike makes push into fashion with Matthew Williams collaboration. The American sportswear firm has teamed up with the founder of streetwear brand Alyx, in an attempt to make its performance category more fashionable and culturally relevant. The partnership, which includes men’s, women’s and unisex collections, will be housed under Nike’s Training category, marking one of its first major collaborations with a fashion designer within the division.

Amazon’s US sales to match Walmart’s within three years, JP Morgan predicts. According to the bank’s analysis, Amazon’s US gross merchandise volume (GMV) — a key industry metric measuring total dollar value of merchandise sold online — is set to match Walmart’s net US sales by 2020 or 2021. Jeff Bezos’ company boosted GMV from $141 billion in 2016 to $186 billion in 2017, a 31 percent increase year over year.

Google’s Style Match feature applies image recognition to finding products. The company is building on its Google Lens technology, allowing users to take a photo of a home decor or fashion item and find other products like it. Google introduced Lens in May 2017 as a way for Android users to get information about the world around them via photo, identifying things like buildings and works of art.