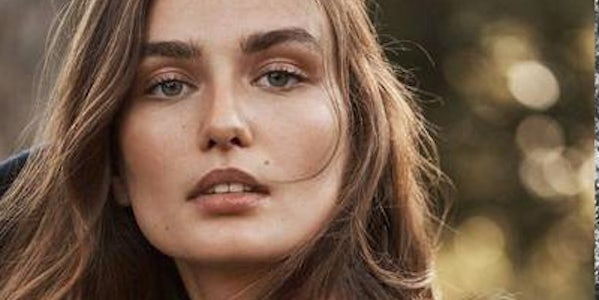 According to a source familiar with the move, Rider will be charged with elevating the mid-priced women’s Polo line, which represents a smaller percentage of overall sales than men’s Polo. Executives believe that there is potential to better balance the two sides of the Polo business and plan to double down on “wear to work” separates and dresses, a segment long dominated in the US by Theory and J.Crew.

Given Rider’s credentials, it’s thought that Ralph Lauren will take the Polo line further upmarket. A graduate of Brown University, Rider spent nearly nine years designing under Phoebe Philo at the LVMH-owned Céline and, before that, four years as a senior designer at Balenciaga under Nicolas Ghesquière. (Rider’s name was floated when reports surfaced in October 2017 that Philo would be leaving Céline at the end of the year. She was subsequently replaced by Hedi Slimane.)

At Ralph Lauren, he will work alongside John Wrazej, who leads the men’s Polo business. Frederic Dechnik remains in charge of the runway collection, while former Calvin Klein creative director Kevin Carrigan heads up the Lauren and Chaps labels, which are primarily sold through wholesale partnerships.

The addition of Rider is just one of several changes implemented at the house since the arrival of former Procter & Gamble executive Patrice Louvet in July 2017. (In January 2017, Alice Delahunt joined from Burberry to fill the newly created role of chief digital officer.) Louvet is expected to offer more details on his strategy at the company’s annual investor meeting in June.

Over the past few years, the troubled Ralph Lauren has made a concerted effort to turn itself around by cutting costs, pulling back from discounting and rethinking wholesale, a series of moves first outlined in the “Way Forward” plan put forth by former chief executive Stefan Larsson, who was with the company for less than two years.

Those changes have begun to deliver results. In its most recent earnings report, the company said that discount rates were down across all regions in direct retail and lower inventory levels resulted it improved turnover of product. Revenue in the quarter was $1.6 billion, down 4 percent on a reported basis from the same quarter a year earlier. Revenue in North America was down 11 percent, but up 8 percent in Europe (where comparable store sales were down 8 percent) and up 7 percent in Asia (where comps were up 4 percent).

The company has said that, along with making necessary back-end changes including the streamlining of its supply chain, it is also working to evolve its product offering, which many believe needs modernisation. Rider appears to be a part of that strategy.