LONDON, United Kingdom — Diana Lu Wang is a young, well-connected Chinese socialite living in London who can be seen fluttering around fashion’s biggest events. She mingles with Prince Charles-Philippe of Orléans, his wife Diana, the Duchess of Cadaval, and other European royalty, whom she meets at galas for the Prince Albert II of Monaco Foundation. Snapped at parties with supermodels Gigi Hadid and Karlie Kloss, her Instagram account flaunts her vivacious lifestyle while Giorgio Armani and Fendi send her customised gifts, and Dolce & Gabbana and Versace invite her to attend their runway shows.

The 27-year-old was born in Shanghai to a wealthy family. Wang’s father is a leading player in China’s lucrative oil-drilling industry and has two nationally certified patents. Her family owns two private coal mines in Shanxi Province and once owned over 100 gas sites across China. At the age of 12, she moved abroad to attend boarding school in London and then drama school in Beijing, before returning to Europe.

In today’s Chinese society, Wang’s family background would easily earn her the title of “fuerdai,” which literally translates to “rich second generation,” a pejorative label that almost no Chinese wants to embrace. Fuerdai are the offspring of self-made Chinese entrepreneurs, who accumulated their recent wealth as a result of the country’s economic reforms dating from the 1980s.

Born with vast amounts of money to inherit and lavish tastes to boot, the fuerdai generation has been increasingly loathed and criticised by the Chinese public in recent years, as China’s levels of economic and social inequality continue to rise. The stereotype has extended overseas, where they have become known for their flashy spending habits, extravagant lifestyle and unique sense of entitlement.

Piling cash into the fashion industry has become a fad among China’s rich second generation.

However, not all fuerdai are just burning cash. The fact that they are often well-educated, well-travelled and instilled with international and entrepreneurial mindsets from a young age has compelled some of them to explore managing their wealth and utilising their social status in a meaningful way. Over the past decade, many fuerdai have started their own fashion businesses — and while some are indeed nothing more than vanity projects, others should not be underestimated by the global fashion industry.

At the first glance, Wang is like any other fashion-obsessed rich girl, someone whose life abroad is filled with fancy luncheons, dinner parties and luxury designer items that show off her wealth and social status. Yet, there is another side to Wang. Gradually, she is becoming a serious businesswoman in her own right — thanks in no small part to all the privileges and capital that comes with her fuerdai status — but nonetheless someone who has steadily built her namesake fashion brand of couture womenswear and bespoke menswear from offices in both London and Hong Kong. 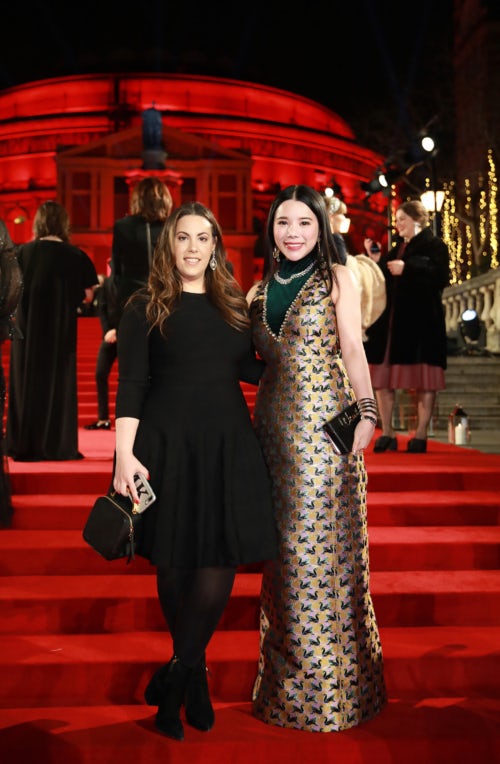 Five years on, Wang’s brand has achieved rapid growth, as evidenced by partnerships like the one she brokered with high-end jeweller Chopard (although it certainly helps that Wang and her mother are long-time VIP customers of the brand). The intimate access and leverage that fuerdai like Wang have in the luxury industry means that she was able to work directly with Chopard’s artistic director Caroline Scheufele on the collaborative collection.

In late 2016, Cartier also approached Wang regarding an event partnership after seeing her designs, and the brand subsequently co-hosted Wang’s couture show, which caught the eye of Vogue China’s editor-in-chief Angelica Cheung.

From “fuerdais” to fashion power players

“A young dreamer [like that] can easily get the capital injection,” said Todd Hessert, founder of fashion media company Globe Fashion Runway. “Not only the initial funds but also the acute business insight [is important]. Obviously, those wealthy family parents can be the best advisors and help their kids better to succeed from the business perspective.”

Indeed, affluent parents can not only bestow their kids with initial funding, but connection with industry insiders and business leaders in the crucial early stages. This partially explains the smooth expansion of Wendy Yu’s fashion investment business Yu Capital.

Hailing from China’s Zhejiang province, Yu’s father is the founder of Asia’s biggest door-making manufacturer, Mengtian Group, and her mother is a private investor. Late last year, Yu came to the attention of fashion insiders after her company took a stake in the London designer brand Mary Katrantzou and pledged to support the brand’s expansion in the Chinese market. Other fashion-related assets in her portfolio are Bottletop, a sustainable fashion brand, and Fashion Concierge, a fashion-sourcing app. 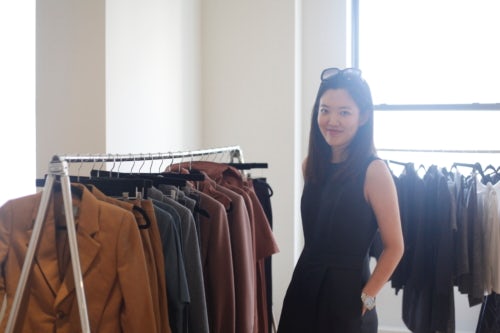 Piling cash into the fashion industry has become a fad among China’s rich second generation, having developed a taste for designer brands at an early age. When compared to other areas of investment like finance and tech, fashion can be an obvious choice for those with a lot of experience consuming the very thing they want to create for themselves.

Another name is Sun Hefang, the London-based designer who founded Hefang Jewelry in 2012. A graduate of Central Saint Martins, Sun’s family is engaged in the jewellery business in China and her mother is also a jewellery designer. In less than six years, Hefang Jewelry has gained a celebrity customer base including Fan Bingbing, Yang Mi and Zhao Wei. Sun’s jewellery-making skills have also been recognised by a slew of high-end brands including Maserati, SK-II and Swarovski, which invited her to release collaborative collections.

A similar case is Han Yiyi, a New York-based luxury womenswear designer who established her brand Han with the help of her father Han Jiaying in 2016. Han Yiyi admitted that her father, who is a renowned artist and graphic designer in China, not only supported the financial operation of the brand but also had a strong influence on the design process.

“Han is informed by Jiaying’s art. Each collection features a design inspired by his original artwork,” Han YiYi told BoF.

Moving up the value chain

Not long ago, China’s labour-intensive manufacturing sector was the powerhouse of the global fashion industry. Since 2015, when the Chinese government called for an upgrade of the industry structure, announcing its “Made in China 2025” plan, some members of the second generation of the country’s affluent manufacturers have striven to move the family businesses up the value chain.

Taobao’s hip fashion brand “Lin Edition Limit,” created by Zhang Linchao, is a prime example. According to Chinese media, both Zhang’s parents and her husband’s parents are the owners of factories in Zhejiang province, which for many years have specialised in manufacturing products for foreign brands such as Uniqlo. Last year, she revealed that the success of her multi-million business — which made the top 30 performing brands by sales on last year’s Alibaba’s Singles Day — was down to her parents’ expertise and experience in garment production, which helped her build a healthy supply and production chain. 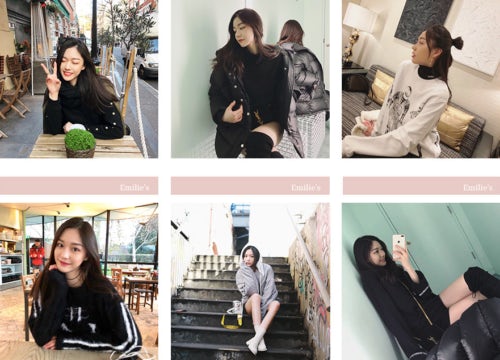 A rather different case is Qi Meihe, the daughter of the president of Sparkle Roll Group Limited, a major Chinese distributor of luxury automobile brands such as Bentley, Lamborghini and Parmigiani. Last November, Qi opened a Taobao store named “Emilie’s” to sell products, including clothes designed by her. Though her designs were challenged by the online community for their similarities with big-name brands, Qi is now pursuing a fashion degree in London. In any case, she is likely to inherit the family empire from her father one day.

The quest to work in fashion forms part of a bigger picture — one marked by the transformation of China’s economic growth model, in which the government is directing Chinese people to spend more at home, as well as the maturation of Chinese consumers, now looking to purchase higher-quality items from niche and diverse sources.

“For my generation, we more or less hope to create a history of our own,” said Wang, her words undoubtedly echoing the sentiment of her parent’s generation when they began building their business empires from scratch decades years ago. And although she has advantages that her parents could only have dreamt of, Wang and some of her contemporaries may have even bigger ambitions. After all, when one of China’s most voracious consumers begins to tire of accumulating branded goods, it only makes sense to start making the brands themselves.