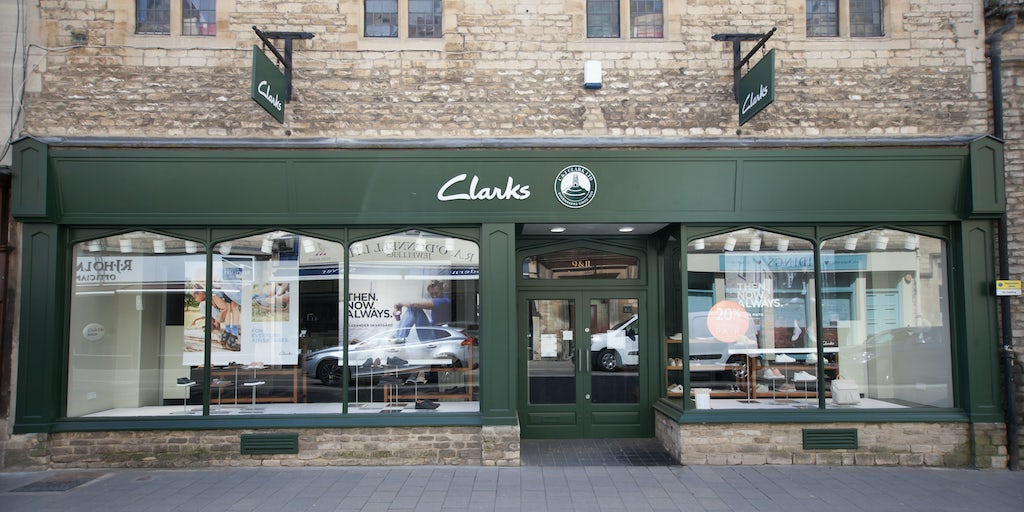 SOMERSET, United Kingdom — The UK seller of Clarks shoes plans to cut 900 office jobs worldwide as part of a wider turnaround strategy, while store closures due to the pandemic put a strain on short-term cash flow.

C&J Clark Ltd. said it will also create 200 new roles, resulting in a net loss of 700 positions over 18 months. The 195-year-old shoe brand currently employs almost 10,000 people. The company needs to remove complexity from the business and keep up with changing shopping habits, Chief Executive Giorgio Presca said in a statement.

In an interview, Presca said his wider plan includes a rationalisation of the shoe range, a renewed focus on product design and a revamped brand strategy that better targets the diverse range of Clarks shoppers. The closely held business has been fighting to remain relevant in a brutally competitive market, reporting a loss of almost £83 million ($101 million) in the year ended February 2, 2019, its last reported results.

The company will also focus on improving online sales, which already account for about 25 percent of total revenue, and aims to reduce reliance on promotions with a new global pricing strategy, the CEO said.

Clarks’ “made to last” revival strategy was put in place before the coronavirus outbreak and remains relevant in the long term, Presca said. Lockdown measures have strained short-term cash flow, as many of Clarks’ 1,613 owned and franchised stores worldwide remain shut, although they are starting to reopen in China and parts of Europe. The “position is improving,” he said.

Clarks is working with advisers, including Deloitte LLP, to address funding options, and short-term cash flow needs “will likely be met through the current banking system,” the CEO said. It is also continuing to review the number of stores.

Although Clarks is well known in Britain for children’s shoes, the brand appeals to multiple generations, and some products have attained iconic status worldwide, Presca said. The British military-inspired desert boot, created 70 years ago, remains a top seller. It featured in the 2010 hit “Clarks,” by Jamaican singer Vybz Kartel.

Presca became CEO in February 2019 after his predecessor, Mike Shearwood, left following an internal investigation into complaints about his conduct. Most of the company is owned by about 300 families made up of descendants of Cyrus and James Clark, the Quaker brothers who founded the brand in 1825 in Somerset, England.

Presca said shareholders support the strategy. However, they recently appointed KPMG to advise on the restructuring and funding of Clarks. Lenders to Clarks have also drafted in PricewaterhouseCoopers.

“This is the most radical restructuring for a company with two centuries of history, but it will boost Clarks to the next level,” Presca said.