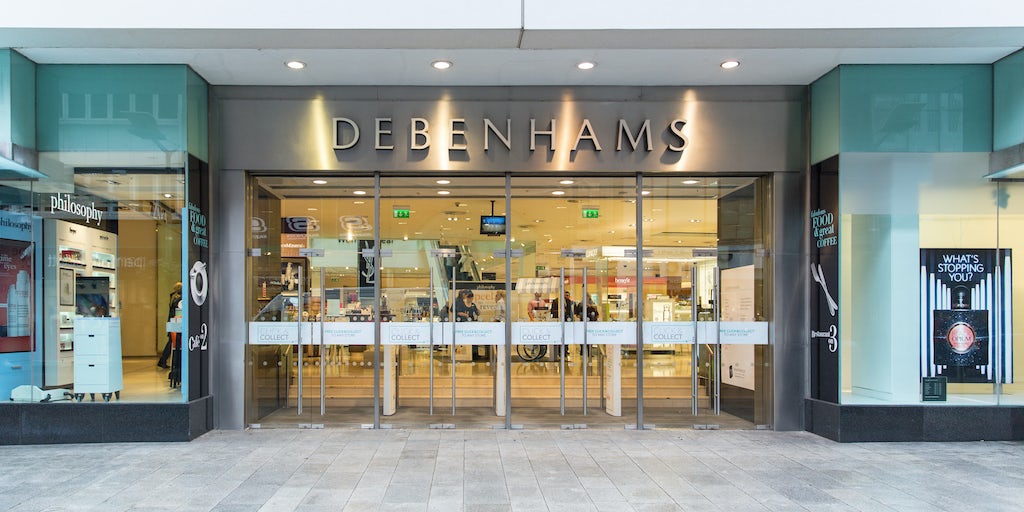 Debenhams’ lenders took control of the retailer earlier this month in a process designed to keep its shops open at the expense of shareholders.

The company on Friday detailed two proposed CVAs — one relating to Debenhams Retail, the main trading entity and another for Debenhams Properties.

CVAs allow retailers to avoid insolvency or administration by offloading unwanted stores and securing lower rents on others. They have been adopted by British groups including fashion chain New Look.

“In order for the business to prosper, we need to restructure the group’s store portfolio and its balance sheet, which are not appropriate for today’s much changed retail environment,” Debenhams executive chairman Terry Duddy said.

“Our priority is to save as many stores and as many jobs as we can, while making the business fit for the future,” Duddy added.

The CVA is part of a restructuring and turnaround plan, Debenhams said, adding that some of its financial creditors recently provided £200 million of fresh liquidity and have committed to equitise £100 million of debt.

The CVA aims to reduce Debenhams’ current 166 UK store portfolio by closing about 50 stores, the first stage of which proposes 22 closures in 2020.

The company could close more stores in due course, the final number being dependent on future trading performance, the retailer said, adding it would try to redeploy as many affected employees as possible.

A meeting for creditors to vote on each CVA proposal will be held on May 9.