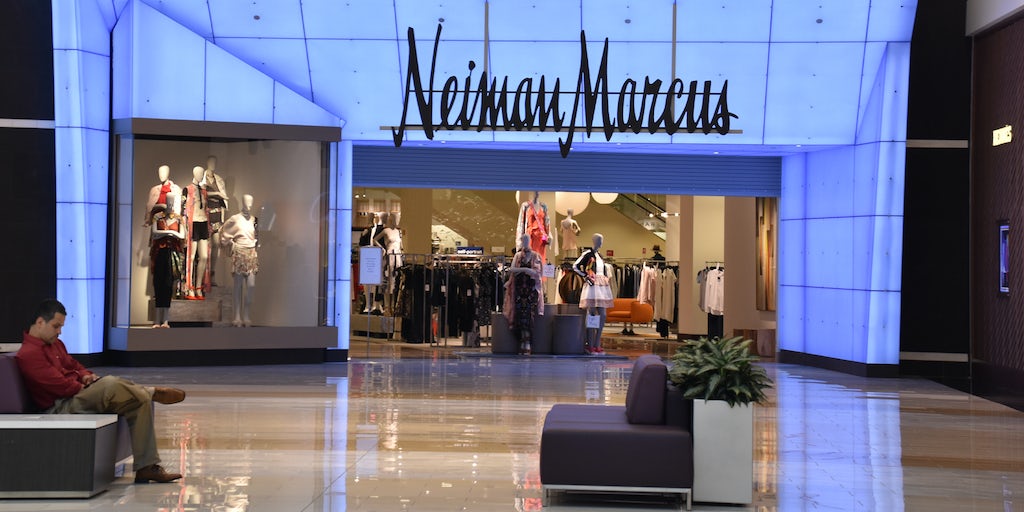 NEW YORK, United States — Retailers are strapping in for the final days of their traditional do-or-die holiday shopping period. For some, that could be meant literally, as creditors and vendors decide which ones are still worth supporting in a field plagued by fewer shoppers, more online competition and too much debt.

Some of the most familiar names — Forever 21 Inc., Barneys New York Inc. and Payless Inc. — have already collapsed into bankruptcy or liquidated this year. In 2019 alone, Coresight Research estimates, retailers have shut more than 9,300 stores. Among the survivors, fates have diverged, according to the restructuring experts at FTI Consulting Inc.

“The retail sector is becoming more segmented between winners and losers,” Christa Hart, a senior managing director in FTI’s retail and consumer practice, said in an interview. “The ‘average’ has disappeared.”

Some of the most vulnerable are the traditional department-store chains. Moody’s Investors Service predicted in a November report that by the end of 2019, those retailers will have seen their operating income fall by more than 15%. This, despite heavy investing to improve inventory efficiency and to build their online capabilities.

“It’s not 1985 anymore,” said Perry Mandarino, head of restructuring and co-head of investment banking at B. Riley FBR Inc. “People don’t need a one-stop shop where they can get everything from vacuum cleaners to jewelry.”

Here are some retailers being closely watched by credit investors and lenders.

J.C. Penney Co. backed out of its appliance business earlier this year as one of the initiatives of new Chief Executive Officer Jill Soltau. She’s trying to design a strategy that will revive a chain suffering from slow-moving inventory and outdated merchandise.

Department stores should be focused on deepening their offerings in one particular area, such as appliances, FTI’s Hart said. “Sadly, many of these department stores took out their hardline and home businesses in favor of apparel, and now they are feeling the results of those decisions,” she said.

S&P Global Ratings cut J.C. Penney to CCC in August, noting that while the company doesn’t plan to file for bankruptcy, “we think an out-of-court restructuring is increasingly likely.” The following month, Bloomberg reported the chain is preparing for talks with its creditors on possible transactions to ease its debt burden.

A representative for the Plano, Texas-based retailer declined to comment.

But the luxury retailer still has about $700 million due by 2023, adjusted earnings continue to decline, and some of its bonds sell for a third of face value. Even the new debt issued during the exchange, which started trading at 97 cents, has already traded down to around half of its face value.

Credit raters take a dim view of Neiman Marcus. S&P said in June that the exchange didn’t make the debt load any less onerous and that there’s “continued risk of a restructuring or default over the next 12 months.”

The company is still mulling what to do with its successful European e-commerce business MyTheresa, and that may be its ticket back from the brink. It hired Lazard Ltd. in May to help it pursue a sale that could fetch more than $560 million.

A representative for the Dallas-based retailer declined to comment.

Belk is better off than some its peers, with a B2 rating from Moody’s. The credit rater cited a loyal customer base, better merchandising, good liquidity and stable cash flow in a June report. Another strength: About half its stores aren’t in malls, which are plagued by waning foot traffic.

Still, investors are shying from Belk’s term loan, which was quoted recently 71 cents on the dollar even after the company pushed its maturity out to 2025.

“Discount retailers are going to do better” than their higher-end peers in 2020, Mandarino said. “But they have to tailor their merchandise well. A lot of people have short attention spans, so you really have to cater to what your core buyer wants.”

A representative for New York-based Sycamore Partners declined to comment.

Among all big retailers, Forever 21 Inc. may be the one whose survival is most at risk.

The trendy fashion chain went bankrupt in September, citing the cash-guzzling impact of an ambitious international expansion. Sales continue to lag, and revenue has been below expectations, Bloomberg reported in December. Inventory bottlenecks also threaten to curtail sales during the crucial holiday season, people familiar with the chain’s operations have said, making would-be rescuers hesitate to lend more money.

The company needs a new loan to finance its exit from bankruptcy, but prospective lenders are concerned about the weak results as well as the ongoing influence of husband-and-wife founders Do Won and Jin Sook Chang, who ran the company during its successful years as well as during its descent into insolvency.

A budget that Forever 21 filed with the bankruptcy court Nov. 16 cut its forecast for total sales in November to about $191 million, down 20% from what it predicted the month before.

A representative for Los Angeles-based Forever 21 declined to comment.