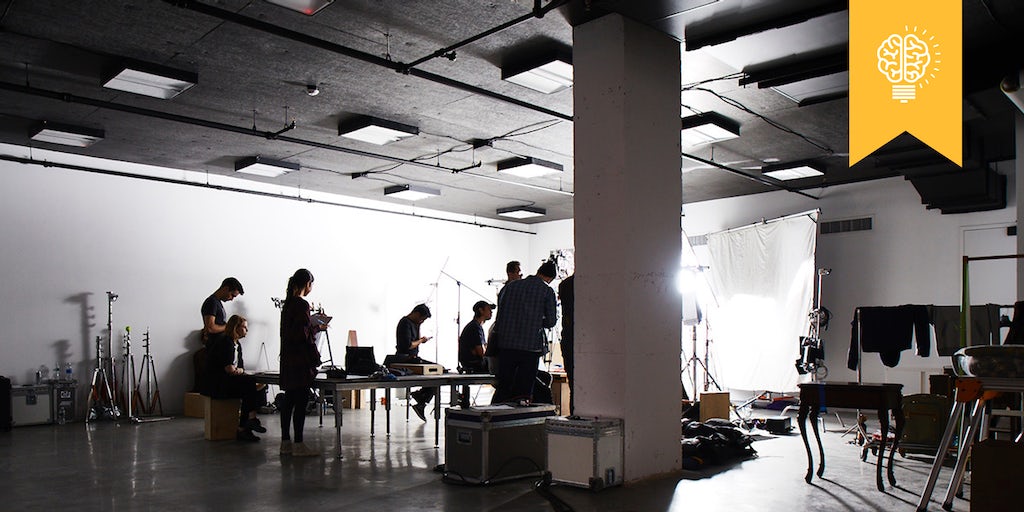 NEW YORK, United States — Hearst’s gleaming headquarters on 57th Street is an architectural landmark, but the magazine publisher’s future may be determined in a boxy, concrete-fronted tower next door.

Most of the company’s digital teams relocated last summer to the building, which is outfitted with five multimedia productions studios as well as a green room, fashion closets and hair and makeup stations. Each week, as many as 150 videos are filmed here and pushed out to Hearst’s own sites and social media, including five dedicated channels on Snapchat.

Hearst is one of many publishers investing in video content, which is expensive to produce but can attract ten times more revenue per view than traditional display ads online. Condé Nast and Refinery29 are also expanding video, though Vox recently cut back on some of its social video teams, including at its fashion retail site, Racked.

Bets on video are one way media brands hope to reverse a years-long slide in advertising — media spending for magazine brands dropped 17.7 percent in 2017, according to Standard Media Index — especially now that two-thirds of the $83 billion digital advertising market goes to Facebook and Google.

Meanwhile, new competitors are springing up. Media companies now compete for attention in social media feeds with content from influencers, bloggers and fashion and beauty brands. Vogue readers might browse beauty site Into the Gloss and then shop from its beauty brand Glossier, or pick up a copy of the quarterly magazine produced by women’s co-working space The Wing.

BoF spoke to some of the media executives tasked with overcoming these challenges. Here’s how they plan to weather the digital media apocalypse.

Many media companies were built quickly on traffic from Facebook, but the social media platform is now prioritising posts from friends and family. Publishers must walk a delicate path: they can’t rely too heavily on Facebook — but ignore the network is at their own peril.

“It’s a litmus test of the brands and businesses that are going to be around for a long time,” says Philippe von Borries, co-founder and co-chief executive of Refinery29, a Turner-backed digital media company targeting women. “It’s hard to see who is building a sustainable diversified brand that is really is building passionate fans and who might be just propping up an audience number… In moments like this, it cleans it out a little bit. And that’s a good thing.”

There’s a lot of implied contracts in our market, between publishers and Facebook.

“There’s a lot of implied contracts in our market, between publishers and Facebook for example, but [both parties] are opportunistic in nature,” says Troy Young, global president of Hearst Digital Media, explaining the danger of relying on third-party distributors which, despite needing publisher content, are not invested in publishers’ success. Hearst formed its strategic partnership with Snapchat in 2015. The company also publishes content through Pinterest Twitter and MSN and Facebook, among others.

Google surpassed Facebook as the largest source of referral traffic for publishers in 2017, according to digital analytics company Parse.ly. Von Borries says Refinery29 is doubling down on search traffic by publishing more “service journalism” — search engine optimised content that answers a specific question or provides a guide.

Publishers are weaning themselves off Facebook, but they still have to compete with the platform for companies’ advertising budgets. For example, fashion brands want their ads put in front of the most likely potential customers, and proof that their marketing strategy is working. That requires sophisticated analysis of user data — an area where Facebook has excelled.

“There’s a new generation of marketers that that are accustomed to understanding the performance of their media like we’ve not seen,” says Young. “They’re going to push us to be easier to deal with, more efficient and more performant… It’s hard for smaller publishers that don’t have the tools.

“Performance marketing [which targets a brand’s existing consumers] has become a bigger percentage of the overall pie and the expectation of clients,” says Fred Santarpia, chief digital officer of Condé Nast. The publisher has spent three years developing Spire, its data platform of first-party and third-party consumer attributes.

Many publishers are focusing on building loyal audiences — who are worth more to advertisers — than simply trying to increase overall traffic.

“There is only one way to get to consumer revenue: Be laser-focused on the needs of your audience,” says Young. “Learning how to develop deeper relationships and more intimacy with consumers is a natural progression for our business,”

Condé Nast never intended for its LGBTQ vertical, Them, to match the traffic goals of Teen Vogue, the publisher’s most popular site, for example. The goal is engagement and community building.

“There was a period of time in digital media where the tactics [of building massive audiences quickly] became more important than the connection between brand and consumer,” he said.

Learning how to develop deeper relationships and more intimacy with consumers is a natural progression for our business.

One way to build a different kind of audience is to buy it.

Bustle Digital Group — owner of Bustle, Romper and Elite Daily — acts as a “mothership” for a group of verticals that target women of different ages and income brackets, says chief revenue officer Jason Wagenheim. In April, the company acquired celebrity stylist Rachel Zoe’s The Zoe Report for an undisclosed amount, in part to gain access to the site’s older, wealthier readers.

”We now can say that we are in business with a luxury audience,” Wagenheim says.

In January, Hearst acquired Rodale, a publisher of books and magazines, including Runner’s World and Men’s Health, that target specific communities. The company thinks those readers will be more open to paying for content, such as a marathon training guide.

“We think there is a ton of opportunity [for acquisition],” says Refinery29’s von Borries. “There’s a lot of businesses that are going to have a harder time as standalone businesses, but they have built amazing brands. Would it make sense for them to exist with something that that is larger and has the ability to utilize its resources, from video production to events to sales teams?”

In some ways, building an audience is the easy part. Scaling it is harder. But making money off readers directly is the real challenge.

Condé Nast requires readers to pay to read some online articles from The New Yorker and Wired, and will introduce paywalls to more publications’ websites this year, says Santarpia. Publishers are slow to introduce paywalls because, if done hastily, it can destroy traffic levels and decrease advertising revenue if the consumer isn’t willing or able to pay to read.

Other publishers are experimenting with and expanding consumer-facing events. Refinery29 generated about $1 million in ticket sales last year to 29 Rooms, a series of temporary fun house-style installations. Von Borries says the event can expand to international markets, include music or support licensed product lines.

“We are looking at [29 Rooms] now as really a gateway for us to start to diversify the business more around live entertainment,” he says.

Bustle doesn’t sell product yet, either, but is considering opportunities for licensed lines. Wagenheim has experience with the business model from his time as publisher of Condé Nast’s Teen Vogue, which at one point launched a clothing line with Macy’s that wasn’t as successful as its bedding line.

“The most important thing somebody should consider when thinking about the product licensing business is whether or not your brand has the credibility in your space,” says Wagenheim.

The more value a media brand brings to its audience, the more likely it is to be able to command new revenue sources. It’s a tricky evolution for advertising-dependent businesses.

“As our audience has grown our yield per unique has not gone up enough and we have to start managing and measuring that,” says Young. “We are moving onto the next phase, which is what does it take to turn those relationships into something more significant.”