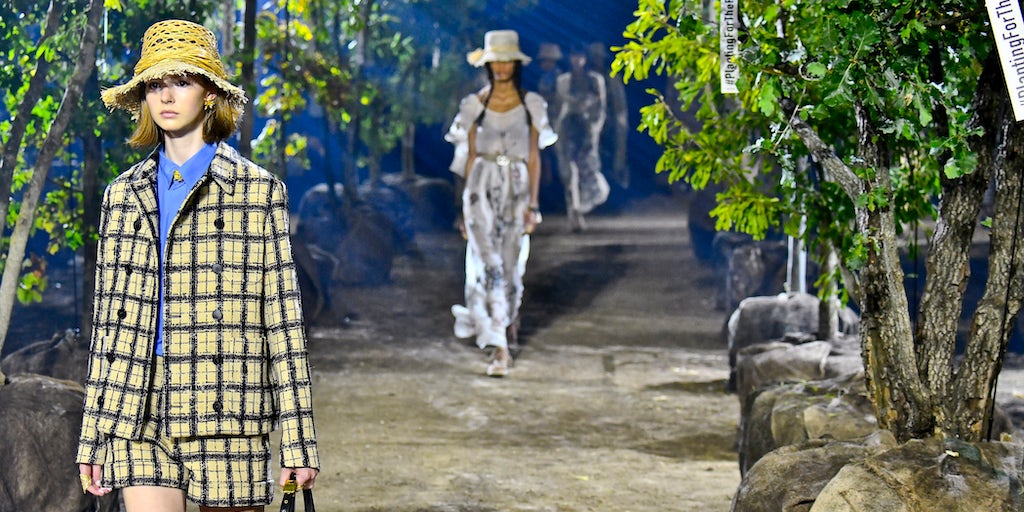 PARIS, France — Christian Dior SE became the latest company to face a backlash in China over political sensitivities, after making a presentation at a university that included a map of the country that excluded Taiwan.

The French luxury brand apologised on Weibo Thursday after a video clip circulated online showed a human resources worker at a recruiting event in China being questioned by a student on why Taiwan wasn’t included on the map.

Western organisations from the US National Basketball Association to fashion retailers Givenchy and Dolce & Gabbana are increasingly coming under fire for perceived slights to Beijing’s One China policy. Citizens are becoming more vocal in support of China’s sovereignty over its territories as the government confronts pro-democracy protesters in Hong Kong and a trade war with the US.

At Dior’s presentation, the female student’s question about Taiwan was met with applause from the audience. The Dior worker answered that Taiwan is too small to be visible on the map, but the student noted that it isn’t smaller than the island of Hainan, which was visible. The audience burst into applause again.

The worker then said that she only managed mainland China for Dior, while Taiwan and Hong Kong are covered by others at the company.

Dior said in the Weibo statement that it is “deeply sorry for the incident where the wrong description and wrong explanation were made by human resources staff in the campus event.” It said this was inappropriate behaviour by its employees, and that the company respects the One China principle. Dior said it is investigating the matter and will treat it seriously.

The incident comes a week after the NBA became engulfed in controversy over a tweet by the Houston Rockets’ general manager supporting Hong Kong’s pro-democracy protesters. The comment provoked a storm that led to the cancellation of sponsorships and NBA events, as well as a blackout of exhibition games by the state broadcaster.

Dior also joins other fashion companies including Coach, Givenchy and Versace in the nationalism spotlight. The three fashion brands were called out in August for T-shirt and product designs identifying Hong Kong and Taiwan as separate countries from China.

Dolce & Gabbana has suffered after its advertisement last year showing a Chinese model struggling to eat spaghetti and pizza with chopsticks sparked outrage and a boycott of the luxury fashion retailer’s goods. In April, Leica Camera AG quickly distanced itself from a promotional video bearing the camera maker’s name that depicted the 1989 Tiananmen Square pro-democracy protests.

Western companies have had to tread carefully not to draw the ire of consumers in one of their biggest markets. Chinese consumers are estimated to account for at least a third of current luxury sales and two-thirds of the industry’s growth, according to figures from consultancy Bain & Co.