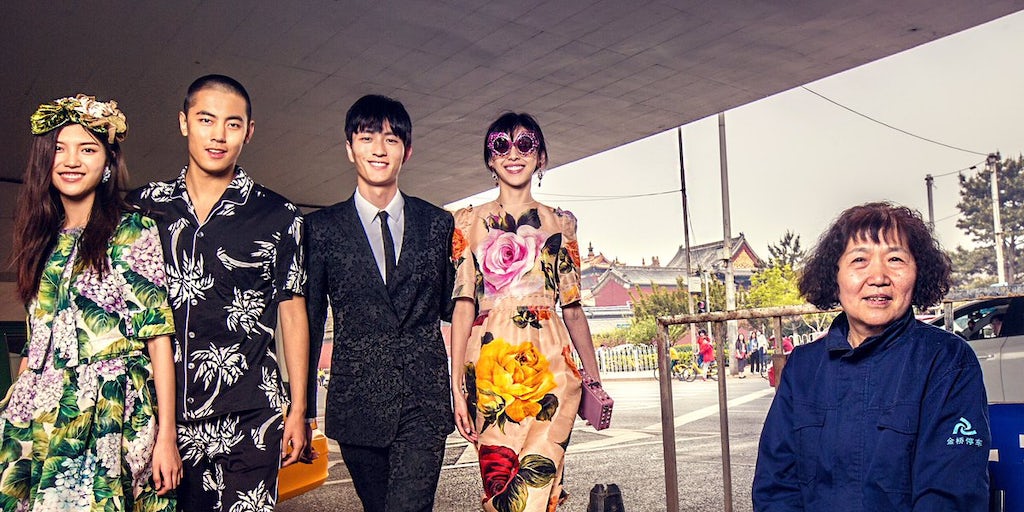 SHANGHAI, China — Dolce & Gabbana has cancelled a high-profile catwalk show in Shanghai following an outcry over what many in China perceived to be a racist marketing campaign.

A video posted on Weibo Monday of a Chinese model attempting to eat Italian food with chopsticks was taken down after less than 24 hours, but widely shared on both Chinese social media platforms and Instagram.

The social media storm was made worse by comments attributed to Stefano Gabbana and Dolce & Gabbana’s official Instagram accounts on Wednesday, the day the brand’s #DGTheGreatShow catwalk presentation was scheduled to take place in Shanghai.

In what Dolce & Gabbana claims was the result of a hack, the brand’s social media accounts featured derogatory comments about China and Chinese internet users. Though quickly removed, screenshots of the comments were widely shared on Chinese social media, along with the trending hashtag #BoycottDolce.

The comments and news were first reported on

Show invitees have been informed that the event will no longer go ahead. The brand was reportedly forced to cancel the presentation by local government authorities, but this has yet to be independently confirmed. Over 15 Chinese celebrity guests, including Zhang Ziyi,  Li Bingbing, Chen Kun, Wang Xiaoming, Donnie Yen have expressed that they will not be attending the event.

This marks the second high-profile outcry over racist messaging from Dolce & Gabbana in only 18 months. A previous #DGLovesChina campaign depicting Beijing in a way that Chinese internet users felt looked backwards and underdeveloped.

Dolce & Gabbana could not yet be reached in China or Milan for comment.

Stay tuned for more information as the story develops.

Dolce & Gabbana Court Controversy. Are Their Sales Better for It?