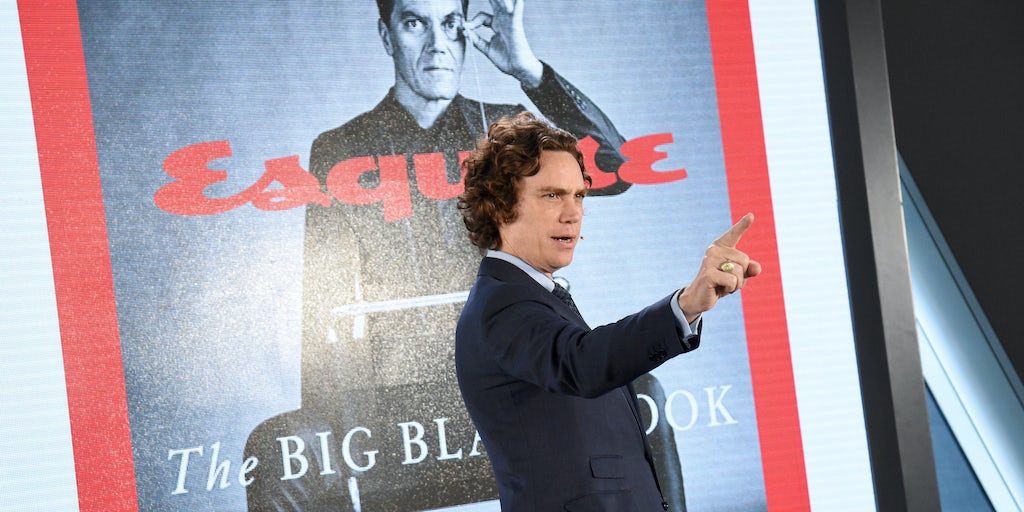 NEW YORK, United States — Jay Fielden is leaving his position as Esquire’s editor in chief, a job he held three years, he and Hearst Magazines announced Thursday. The change at the venerable men’s publication, which started in 1933, is part of a dramatic reshuffling under Troy Young, who became president of Hearst Magazines last July.

“I have felt the lure of new possibilities,” Fielden said in a statement. He said he would stay on to roll out Esquire’s latest issue, which features several stars of the next Quentin Tarantino movie on its cover, “and to help the company and staff make a seamless transition.”

Fielden, 49, had a tough act to follow. His predecessor, David Granger, won 17 National Magazine Awards during his 19 years in charge. But the magazine failed to take the annual prize while Fielden held the top job.

Esquire also lost out on a high-profile story — an investigative article on accusations of sexual misconduct against the Hollywood director Bryan Singer — in a very public way during Fielden’s tenure.

Reported over the course of a year by two of the magazine’s regular contributors, Maximillian Potter and Alex French, the story went through a thorough editing and legal-vetting process at Esquire, the writers said, before Hearst executives “killed” it. It ended up published by The Atlantic in January.

One of its authors said the loss of the story to another publication did not sit well with Fielden. “That weighed on him,” Potter said.

I have felt the lure of new possibilities.

A Hearst spokeswoman said, “We do not discuss our editorial process, but we stand by the decision we made based on our editorial standards.”

Fielden, a born and bred Texan, worked at a Ralph Lauren boutique in San Antonio before going into journalism. He got his training at Condé Nast, filling various posts at The New Yorker before becoming an arts editor at Vogue and the top editor of Men’s Vogue, which folded in 2008.

In 2011, he decamped to Hearst as the editor in chief of Town & Country. Since taking the Esquire job, he has remained on the Town & Country masthead as editorial director. He will also lose that title as part of his departure from the company.

Hearst said in a statement that Fielden would continue to contribute to Esquire and Town & Country. “We thank him for his leadership and contributions to Hearst Magazines over the years and wish him the best with his future plans,” the company’s statement said.

For decades, Esquire was a bible for the sporty American male with a taste for bourbon and literary heavyweights like Truman Capote, Raymond Carver, John Dos Passos, F Scott Fitzgerald, Ernest Hemingway, Norman Mailer, David Foster Wallace and Tom Wolfe, all of whom appeared in its pages.

Fielden set out to update the magazine’s sensibility. “There’s no cigar smoke wafting through the pages,” he told The New York Times a few months after taking the job, “and the obligatory three Bs are gone, too: brown liquor, boxing and bullfighting.”

Fielden circulated easily during fashion weeks in Milan and Paris among the top designers and fashion-industry moguls whose brands provided Esquire with much of its ad revenue.

There’s no cigar smoke wafting through the pages and the obligatory three Bs are gone, too: brown liquor, boxing and bullfighting.

As the editor of a men’s title during the rise of sexual fluidity and the #MeToo movement, he navigated sexual politics in a manner different from his predecessors. The last edition of Esquire’s “Women We Love” issue, an annual package featuring a cover photo of a scantily clad actress, appeared under Fielden’s predecessor.

The franchise has continued to appear on the Esquire website — the most recent instalment was headlined “25 Hot Videos from the Women We Love” — but Fielden’s purview did not include oversight of Esquire.com.

With online media on the rise and print going out of style, he was left with the challenge of managing a product in decline. Under Fielden, the number of yearly Esquire issues dropped to eight from 10.

When Young, the Hearst Magazines president, joined the company in 2013 as the head of its digital media division, he created a structure wherein the editors of the magazines’ websites reported to him, rather than to the editors of the individual publications. Since becoming president, Young has tried to find editors to run both the print and digital operations at each title.

After Young had settled into his new job, Hearst Magazines named Jessica Pels the new editor of Cosmopolitan and Joanna Saltz the new editor of House Beautiful. In their previous jobs, both editors had been in charge of the magazines’ websites; after their promotions, they were handed responsibility for print and digital content.

In a related move at the time, Richard Dorment, the editor of Men’s Health, was given responsibility for that magazine’s digital content.

By Marc Tracy. This article originally appeared in The New York Times and was legally licensed through the NewsCred publisher network.

Hearst to Launch Esquire as Digital-Only Platform in Italy