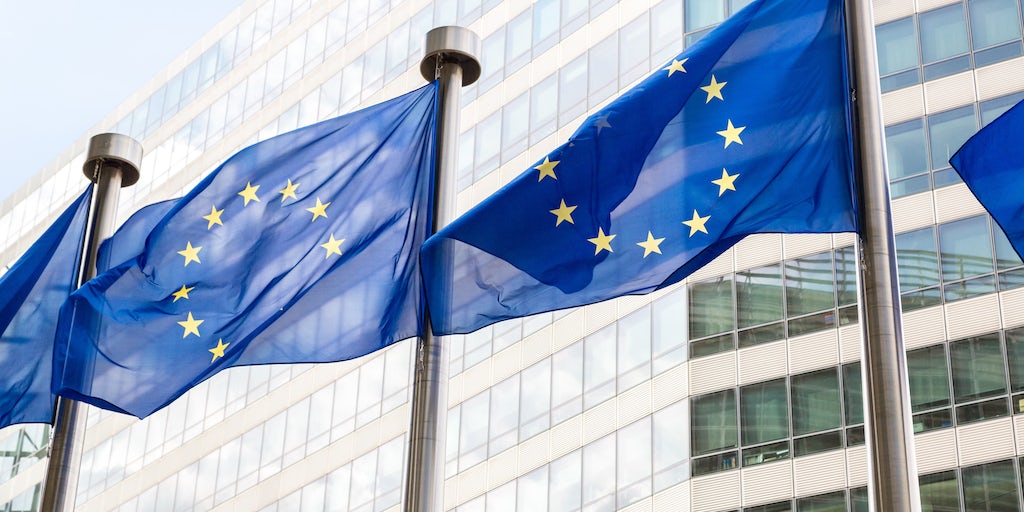 BRUSSELS, Belgium — The rise of the Greens, the “Greta effect” of a young Swedish climate activist and the entry of French President Emmanuel Macron’s party into the European Parliament are likely to result in a more defensive and climate-oriented EU trade policy.

Sunday’s European election saw the traditional conservative and socialist parties that have long run the European Union lose dozens of seats each. Between them, they can no longer form a majority, making them more reliant to pass European laws on support from liberal and Green blocs that both made gains.

The liberal bloc, now third largest in the 751-seat European parliament, has added more than 40 seats, led by 21 members from Macron’s new En Marche party, which promised protection for EU business and adherence to the Paris climate accord. The Greens are set to increase their ranks to 69 from 52 seats.

“If you look at the results of the vote, you see a wish of Europeans to be protected, a wish that climate change is taken into account and France will continue aggressively to push certain issues to adapt our trade policy,” Jean-Baptiste Lemoyne, Macron’s junior foreign minister, told reporters in Brussels before an EU meeting on trade.

Aside from the environment, France is among the strongest advocates of new measures to force China to open up public tenders to foreign companies. The Greens too want the EU to be firm with China.

Since rules were changed in 2009 to give the European Parliament the power to approve trade accords, deals have included more measures to promote sustainable development and a reformed system to settle investor-versus-state disputes.

Even with such changes, the Greens voted against free trade agreements with Canada, Japan and Singapore.

They say such deals put the rights of big business ahead of citizens’ and workers’ rights and focus on deregulation, including financial service liberalization, jeopardizing safety and quality standards for the environment and consumers.

Greens Against US Trade Talks

Possible future trade agreements include those with Latin American bloc Mercosur, and Australia, New Zealand and Indonesia. They may also involve one with post-Brexit Britain and a more limited deal with the United States.

The Commission has said a negotiation with Washington, stopping short of a full trade accord, would not warrant extra commitments such as on the environment. The Greens have not been convinced.

European Commission Vice-President Jyki Katainen said on Monday he could imagine the Greens joining the conservative EPP, the Social Democrats and the liberal ALDE alliance in a pro-European coalition at the new European parliament.

The Greens would surely only do so at a price, while the environmental message has also rubbed off on other parties.

Swedish trade minister Ann Linde said her Social Democrats had campaigned on a promise that free trade deals would be struck only with partners who have signed the Paris climate accord and are in favor of a removal of import tariffs on environmental goods.

She hoped an environmental push would be a hallmark of the new parliament, inspired in part by 16-year-old Swedish climate activist Greta Thunberg.

“I absolutely hope so. The Greta effect would help us in this,” she said.