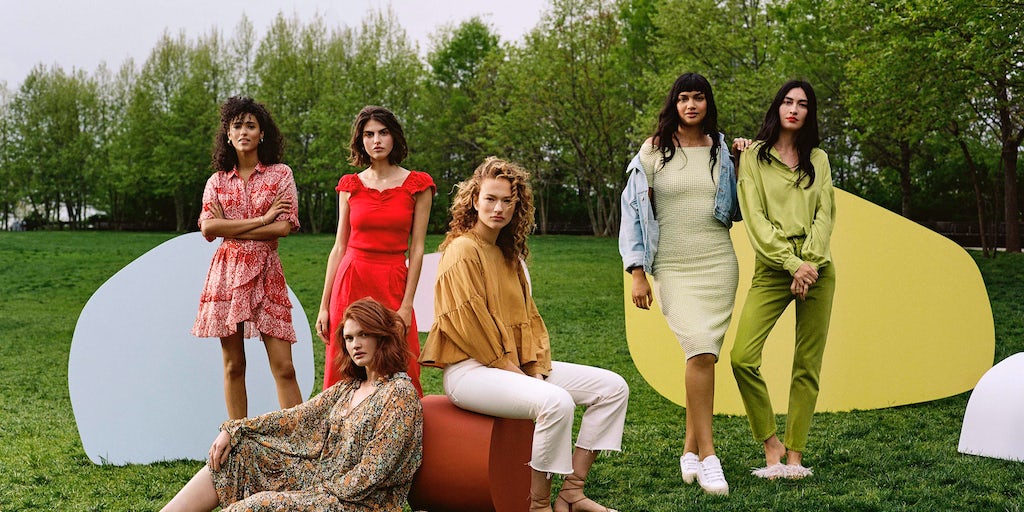 The 23-year-old public affairs specialist in Oklahoma City used to spend $350 a month on clothes, but shifted much of that budget over to Rent the Runway and Infinite Style, Ann Taylor’s rental service. She’s interested in trying offerings from Urban Outfitters and other retailers next, and even has an Instagram account dedicated to documenting her favourite rented pieces.

“You hear these jokes about how Millennials can’t commit to anything,” Garrett said. “I think we’re just used to trying something out. For me, the whole process of finding stuff to rent is so fun.”

The idea of renting rather than buying one’s wardrobe was popularised Rent the Runway, a company founded in 2008 and now is now valued at $1 billion. And for much of the last decade, a handful of start-ups had the market more or less to themselves. But in the last year, the concept has hit the mainstream. Ann Taylor, Express, American Eagle, Scotch & Soda and Urban Outfitters now offer rentals, with Banana Republic and Bloomingdale’s.

As more retailers flood the market, nonetheless, it remains to be seen whether enough consumers will embrace the concept — or have the budget — to justify so many competing services. Ailing mall retailers see rental as an opportunity to build customer loyalty while taking advantage of excess inventory — a smarter, more innovative alternative to end-of-season promotions. But experts say a more realistic scenario is that retailers will be chasing fickle customers like Brina Brigham. The Richmond, Va. resident loves renting clothes — no more dry cleaning — but has hopped from Le Tote to Rent the Runway to her current pick, Urban Outfitters’ Nuuly platform, in the span of two years.

Acquisition, retention and churn are the name of the game in this subscription world.

“Acquisition, retention and churn are the name of the game in this subscription world,” said Dave Hayne, chief digital officer at Urban Outfitters and president of Nuuly. “The key is recognising that [customers pausing and cancelling] is going to happen and hoping that the service you build is still attractive enough.”

The case for rental

Rent the Runway was founded by Jennifer Hyman and Jenny Fleiss when they were still students at Harvard Business School. Initially the platform was pitched as a way for women to rent gowns and cocktail dresses for one-off events. The company now still offers one-time rentals with dresses from brands like Jonathan Simkhai and Marchesa Notte. But more than half of its sales are now generated by its monthly Unlimited subscription service, in which shoppers can cycle through a theoretically endless stream of products for $159 a month.

Shortly before launching Unlimited, Hyman noted the lack of competition in a 2015 interview with The Huffington Post.

“The more people that enter into the rental space, the bigger [the market], and we welcome [that],” she said. “Coke wouldn’t be Coke unless Pepsi existed. So we don’t have a Pepsi yet in the rental market, [but] we welcome other people to join the rodeo.”

Unlike Rent the Runway, each brand rents only its own clothes, with CaaStle handling website design, shipping, handling and other operations.

“Everybody has extra inventory … and it takes very little inventory in order to make [rental] work,” Hunsicker told BoF in November. “Because they’re not doing anything new, the operating profit on this model is very high. Essentially, we’re using the current assets they have to work harder.”

CaaStle and Rent the Runway declined to comment for this story.

For retailers seeing declining store traffic, revenue from monthly subscriptions is also a nice boost to the bottom line.

Meanwhile, other retailers are starting their own models from scratch. For Nuuly, Urban Outfitters even built its own laundering plant with 12 dry cleaning machines. The company said in an earnings call last week that its selling, general and administrative expenses (SG&A) spending will include approximately $5 million of expenses associated with the launch Nuuly.

The company anticipates that its rental operation will expand in the future, such as adding new categories, according to Hayne. “These things are possible but there may be even bigger evolutions that we haven’t come across, and we wanted to build the infrastructure to be able to [be in the front of] those evolutions,” he said. “We know it’s a long-term game.”

Many of the new entrants into the rental market have said initial demand from customers was strong. Holding onto them will be difficult.

Although consumers may be intrigued by rental services, a large part of the appeal is their novelty. And once that novelty wears off — or when they decide they’re sick of the assortment — they’ll cancel and move onto something new.

“Retailers think that so many people will sign up for the recurring billing that it will be a no-brainer,” said Forrester retail analyst Sucharita Mulpuru. “[But] customer acquisition costs will be high, churn will be high, and it won’t be that successful.”

Multi-brand retailers have an advantage. Nuuly offers over 100 third-party brands in addition to Urban Outfitters, Free People and Anthropologie, including LoveShackFancy and Levi’s. Bloomingdale’s may be the first department store to launch its own rental service.

I’m not a big loyalist so whatever looks good at the time, I’ll probably try it out.

Eileen Huang, 24, got her first Nuuly box this month and said it’s made her more adventurous in style. The St. Louis resident said she was already a fan of Urban Outfitters and its sister brands before subscribing, and chose the service because it offers a wide variety. But she added that she’s open to trying out other rental services as well.

“I’m not a big loyalist so whatever looks good at the time, I’ll probably try it out,” she said.

Lisa Ellis, a 49-year-old stylist based in LA, recommends Ann Taylor’s service to her clients in the professional world because the assortment is consistently business casual, but plans on eventually cancelling Style Trial to try Banana Republic’s rental service, Style Passport, after it launches next month. Meanwhile, Brigham said she tried Le Tote but cancelled when she got sick of its brand offerings. The 33-year-old property manager also subscribed to Rent the Runway for nine months, until she couldn’t justify the $159 monthly bill.

Urban Outfitters designed its program with customers like Ellis, Brigham and Huang in mind.

“We want to make this offering as easy as Netflix is — pause and cancel and come back in,” Hayne said.

And with the buzz around rental services at an all-time high, retailers are counting on word of mouth to keep new customers coming in.

Brigham said her mother ended up signing up for Rent the Runway and Le Tote, even after she’d cancelled both services, and is now giving Nuuly a try.

“It’s nice when you have close friends you can share your success stories with,” she said.

Mall Brands Are Entering the Rental Market. Can the Model Work?

Rent the Runway CEO on Underestimating the Fashion Rental Market