It’s been five years since the collapse of Rana Plaza, the worst disaster in the history of the garment industry, which killed more than 1,100 people and injured 2,500 more in Bangladeshi capital of Dhaka. Many of the victims made apparel for international brands including Primark, Walmart and Mango. And the tragedy seemed a wake-up call for the global fashion industry.

Activists rose up and retailers pledged to make the lives of the workers in their supply chains better. Some even suggested a return to slow fashion, an idea modeled on the slow food movement. The anniversary of the Rana Plaza collapse was rechristened Fashion Revolution Day. “We don’t want our clothes to exploit people or destroy our planet,” reads the mission statement of Fashion Revolution, a UK-based non-profit founded by designers and activists Carry Somers and Orsola de Castro. “We demand radical, revolutionary change.”

At first glance, the recent financial results from “cheap and chic” fast-fashion giants H&M and Zara might suggest this change is afoot. In the first quarter of the 2018 fiscal year, H&M missed analyst estimates, reporting sales of 46.2 billion Swedish crowns ($5.3 billion at current exchange), down just under 2 percent from 47 billion Swedish crowns ($5.4 billion) one year ago. The retailer blamed high inventory levels that forced it to mark down more products than usual.

In March, Zara-owner Inditex reported its smallest gross profit margin in a decade. While comparable-store sales were still up 5 percent in the second half of 2017, it was the slowest growth the retailer has seen in three years.

But Inditex and H&M are still the world’s largest clothing companies, generating about $31 billion and $27 billion, respectively, in 2017. And the primary problems they face are not linked to ethical concerns. Rather, the biggest threats to fast fashion are (1) digital and (2) faster fashion.

Consider the latest results at Boohoo, which offers ultra-cheap, ultra-trendy clothes, mostly via e-commerce. Sales at theManchester-based retailer were up 97 percent, reaching £579.8 million or about $800 million, last year. (Boohoo also owns NastyGal and PrettyLittleThing.) To be sure, Boohoo may still be tiny compared to fast fashion incumbents like Inditex and H&M but the threat represented by its business model could have a serious impact.

More than half of Boohoo’s products are made in the UK, close to consumer demand, which means it can get product to market even faster, in many cases, than traditional fast fashion players, whose speed-to-market advantage is waning.

At the same time, incumbent fast fashion players continue to lag behind in digital. In its 2017 fiscal year, more than $3 billion, or nearly 20 percent, of Gap Inc.’s sales came from e-commerce. Meanwhile, Credit Suisse estimated in August 2017 that e-commerce accounted for just 5.5 percent of sales at Inditex and only 4 to 5 percent at H&M.

And then there’s the matter of price. While fast fashion was once seen as a radically cheap disruptor, now there are even cheaper alternatives that are just as on-trend, from Boohoo and Asos to Forever 21 and Charlotte Russe.

But back to Rana Plaza.

In the end, maybe it’s ultra-fast fashion that will finally change conditions for workers in fashion’s supply chain. After all, Boohoo’s reliance on local manufacturing and the rise of automation could potentially lower the risk of another disaster. But this shift could actually be even worse for the workers of Bangladesh and other South and Southeast Asian countries.

“There are nine million sewers in the ASEAN region alone. If going forward, you just need hundreds of thousands of people — you know, with more skills and better pay — that means the remaining workers will need to find opportunities outside the sector,” the International Labour Organisation’s Jae-Hee Chang told BoF in 2017. “But if there’s no other sector that can absorb them, that will pose a problem. People in Cambodia who we spoke to basically said: ‘If there are no jobs for garment workers, there’s going to be another civil unrest in the country.’”

Everything comes with a price. 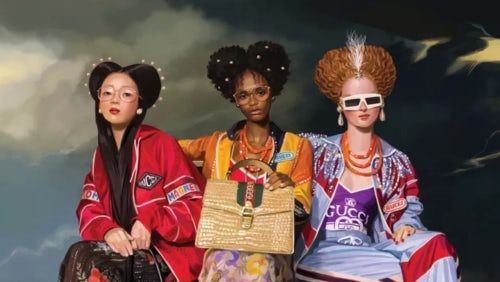 Kering tops forecasts as Gucci sales jump 49 percent. The Paris-based luxury group reported another quarter of strong revenue growth, with comparable sales up 37 percent. With shares in Kering up more than 70 percent over the past 12 months, investors are watching to see how long flagship brand Gucci can maintain its rapid growth. The latest results show that this year’s collaborations with hip artists and a runway show in which models carried props like prosthetic heads and baby dragons are doing the trick.

LVMH’s eyewear venture looks to triple production. A joint venture between LVMH and Marcolin could triple its production of glasses over time as its portfolio of brands expands. The French luxury-goods group follows in the steps of rival Kering, which decided in 2014 to bring its eyewear business in house to increase control and pocket profit margins previously left to licensees. The shift in strategy has dealt a blow to Safilo, which lost the license for LVMH’s Céline brand to the new joint venture in December and is seen at risk of losing Christian Dior and other prestigious brands after 2020.

Amazon’s quarterly profit more than doubles. Net income rose to $1.6 billion, or $3.27 per share in the quarter ended March 31. Sales rose 43 percent to $51.0 billion in the quarter, beating analysts’ average estimate of $49.8 billion. The world’s largest online retailer also announced it was increasing the price of an annual US Prime membership to $119 from $99, starting May 11 for new members and June 16 for renewing members.

Puma’s strong first-quarter sales powered by China. The German sportswear maker said rising demand in the country helped boost sales and earnings, even though the threat of a US-China trade war weighed on its optimism for the rest of the year. The brand had already nudged up its 2018 forecasts earlier this month, when it reported first-quarter operating profit of 112 million euros (£98.1 million), up 60 percent, on currency-adjusted sales that were up 21 percent to 1.13 billion euros.

H&M to cut dividend for the first time since 1974, analysts say. While the Stockholm-based retailer managed to maintain the dividend at 9.75 kronor in recent years, a lower payment may be inevitable. The company is struggling to keep up with the shift to online shopping, rising inventory levels and fierce competition from rivals such as Zara and Amazon, according to analysts, who expect the firm’s profit to drop about 10 percent this year.

SMCP’s first-quarter turnover lifted by China and US. The owner of French fashion labels Sandro, Maje and Claudie Pierlot posted a 12 percent rise in first quarter revenue to €252 million euros (£219.94 million). Excluding the effect of currency swings, such as a stronger euro, sales were up nearly 16 percent. 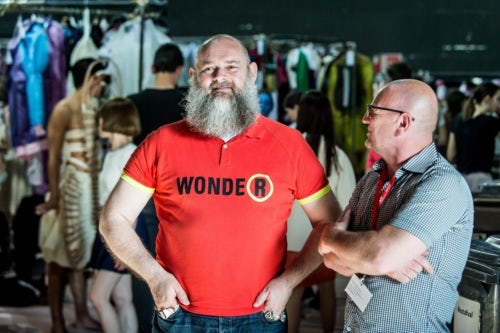 Nike’s Converse loses chief marketer to Supreme. Julien Cahn resigned from Converse earlier this year and left the company in February for a marketing role at Supreme, people familiar with the situation said. Cahn joined Converse in 2016 from parent Nike. Several executives have recently left Nike in the wake of an internal probe into misconduct, though Cahn’s departure wasn’t related, according to sources. Nike began an internal review of misconduct last month, after complaints from employees.

Cos will be a special guest at Pitti. The minimalist fashion label will show its collection at the 94th edition of Pitti Uomo in June. Joining the likes of Craig Green and Roberto Cavalli, Cos will present its capsule menswear collection during the biannual menswear trade show in Florence, marking the first time Pitti Uomo has named a fast-fashion brand as a special guest.

Top brands battle with Alibaba. Executives from five major consumer brands saw traffic to their Tmall storefronts fall, hurting sales, after they refused to enter exclusive partnerships with Alibaba. Alibaba has denied punishing the companies, saying that pursuing exclusive deals is a common industry practice and called the charges of coercion “completely false.” While Tmall and JD.com have different business models, they are increasingly pushing onto each other’s turf. JD.com alleged that over 100 Chinese brands defected JD.com last year due to pressure from Alibaba.

Tmall boosts YSL beauty brand in China. While mass brands have an edge on China’s Tmall in terms of search visibility, prestige labels can fight back by investing in the right areas. Last week, YSL set a new record for the most sales by a beauty brand on its first day of operations on the platform. The L’Oréal-owned brand generated over 30 million RMB ($4.77 million) in sales in the first 14 hours alone. Ten hours later, sales had reached 38 million RMB and the store’s followers totalled 1.2 million.