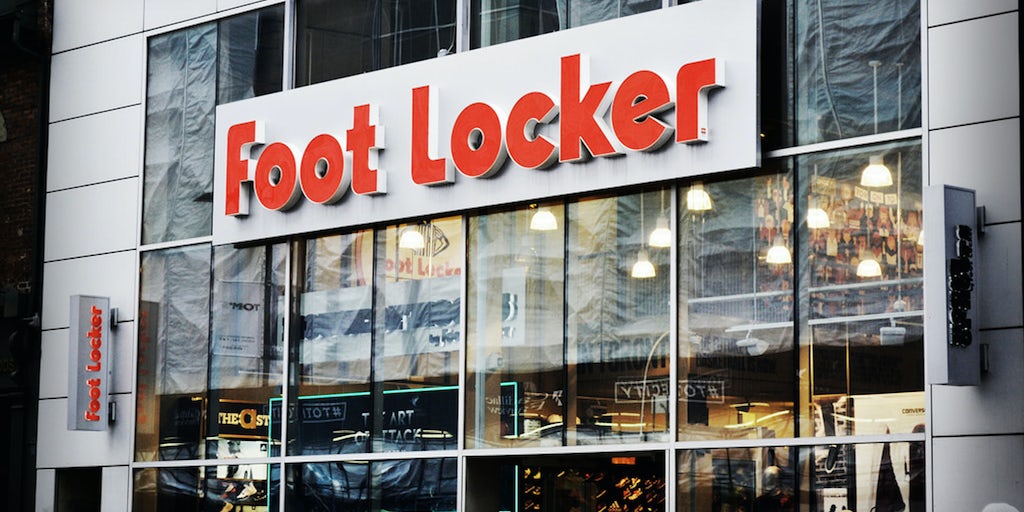 NEW YORK — Foot Locker Inc. fell the most in nearly two years after it reported first-quarter sales and profit that missed analysts’ estimates.

The athletic-shoe retailer’s shares tumbled as much as 19 percent in New York trading, the most since August 2017. The stock is now at its lowest level in a year, erasing a series of gains over the past six months.

Same-stores sales, a key metric in retail, also missed estimates. The company said its store traffic was down by a low-single-digit percentage, offset partially by digital gains. It attributed the sales miss to weaker foreign currencies, which reduced revenue by $42 million on a constant-currency basis.

The New York-based retailer trimmed its full-year earnings guidance — from double-digit growth to high-single-digit growth — which it attributed to a share-buyback program.

There’s uncertainty ahead as the company looks to match that guidance. The second quarter is Foot Locker’s lowest-volume period of the year, and the company is up against a tough comparison in the back end of 2019 — its fourth-quarter results vastly outpaced expectations.

“Our team understands that we live in a comp world, so no matter what we did last year, our objective is to get over that hill,” Chief Executive Richard Johnson said on a conference call.

The dip comes at a time of uncertainty for shoe sellers, given the potential of increased import tariffs on goods coming from China, which could take effect next month. The industry’s trade association has said the proposed duties, which would affect footwear of all kinds, could cost consumers $7 billion a year.

Earlier this week, Foot Locker was among the roughly 170 companies that signed an open letter to President Donald Trump asking him to reconsider those tariffs. The companies said the duties would be “catastrophic” for consumers and the US economy as a whole.

The lackluster results cap what’s been a disappointing earnings season for many players in retail. Foot Locker’s struggles appeared to affect other companies in the sneaker and apparel sector. Shares of Nike Inc. turned negative in premarket trading, while Adidas AG erased gains in Europe.

The disappointing report was a reversal from its fourth-quarter results released in March, which blew away estimates and sent the shares soaring. That bump was due to strong same-store growth and improvements in inventory.

There was also momentum surrounding investments that the company has made to diversify its business. Foot Locker in the last few months has invested in footwear design group Pensole, sneaker marketplace Goat Group, and children’s-apparel brands Rockets of Awesome and Super Heroic.