LONDON, United Kingdom — Molly Goddard made her name with the kind of voluminous tulle dresses that have since become fodder for so many others. There was certainly no shortage of these hallmark numbers in Goddard’s latest collection, and some of them were slinkier than usual. But there was plenty more to her latest lineup: argyle cardigans, a neatly tailored pinstripe tafetta suit with slouchy wide-leg trousers, quilt-like lurex dresses.

All together, it had a cozy quality, something like the sartorial equivalent of the Danish concept of hygge perhaps, although Goddard was thinking bigger. “It was about being wrapped up and safe in something that makes you feel secure,” she explained, not denying a possible connection to Britain’s messy post-Brexit political climate. Cue knitted balaclavas, woolly boots, argyle knit cardigans, pillowy bags and trousers worn under dresses. The streamlined single-breasted coats with smocked backs were a highlight.

Rising air from a grating in a raised catwalk blew up dresses à la Marilyn Monroe, showing off their lightness. But the location felt off: the grand and serious Foreign and Commonwealth Office stood in stark contrast to the homespun mise-en-scène often favored by Goddard. After the show, she mentioned that she wanted this collection to be “less frivolous.” Yet frivolity is what sets her and her woman apart. Not only are her clothes cheery to wear, they’re also fun to look at, and there’s nothing wrong with that.

Molly Goddard and Michael Halpern are both grappling with just how much to evolve their signature styles. If Goddard has tulle, Halpern has sequins. And it makes sense for them to stick to their guns: evolution over revolution. 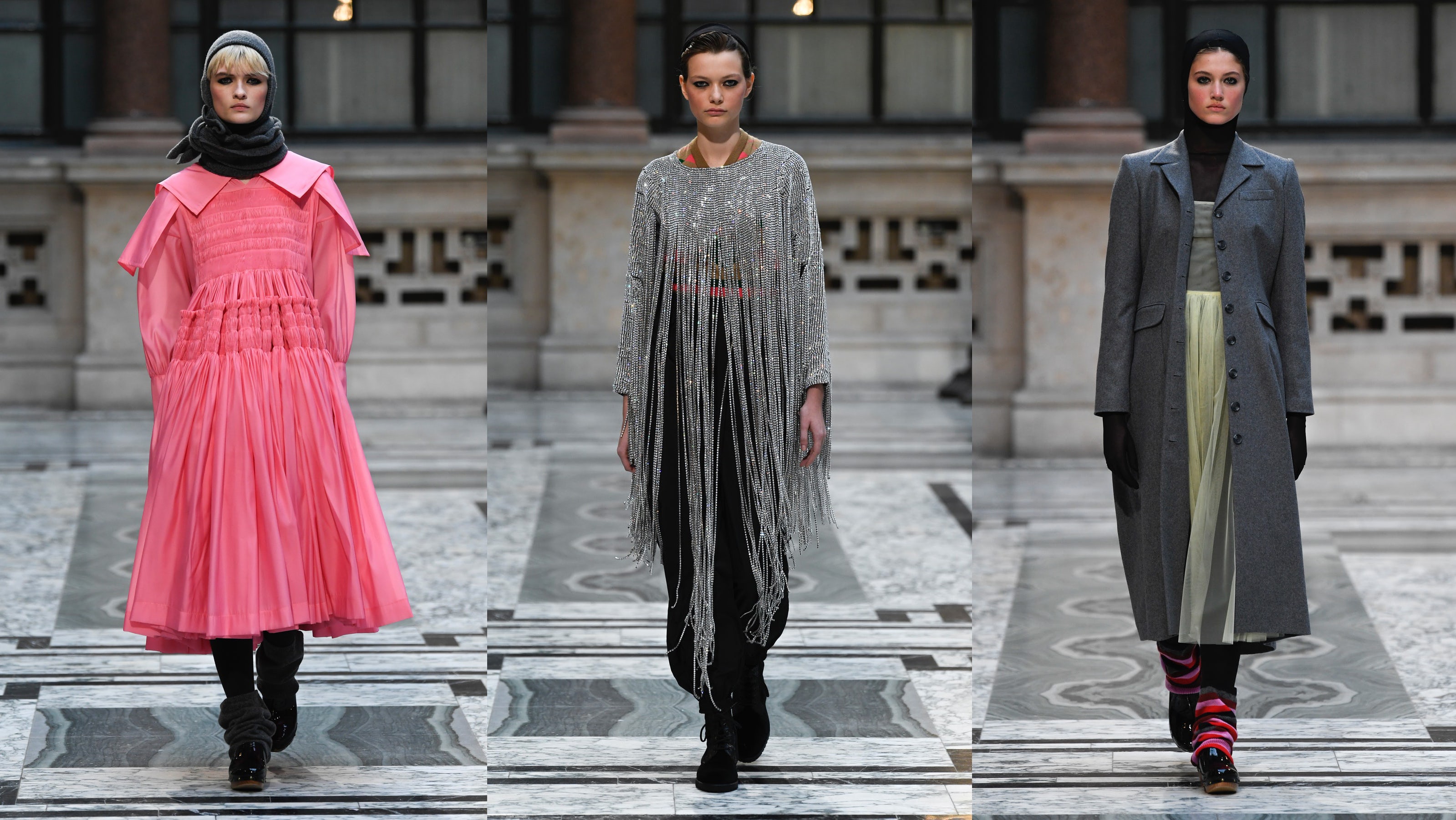 View Collection
Halpern presented his collection in the Art Deco ballroom of the former Park Lane Hotel, which was built in 1927. The models meandered through shadows, almost as though the room was candlelit — perfect for catching the glimmer of the designer’s signature sequins. The show was a paean to the decadence of Erté, the legendary Russian-born artist who defined early twentieth-century fashion with his illustrations. That’s why the silhouettes were longer.

It was the first time that Halpern lengthened his disco dresses to anywhere below the knee, and the result was a set of looks that appeared ripe for an adventurous outing on the red carpet. In one skirt suit, made of black tulle with gold vine embroidery, one could see the ghost of Paul Poiret. But hooded duchess satin opera coats showed that the designer is an original and has more to offer than cocktail dresses, although his present focus seems to be strictly on after dark glamour. He still has plenty of time to figure out what he wants to say for the morning after. 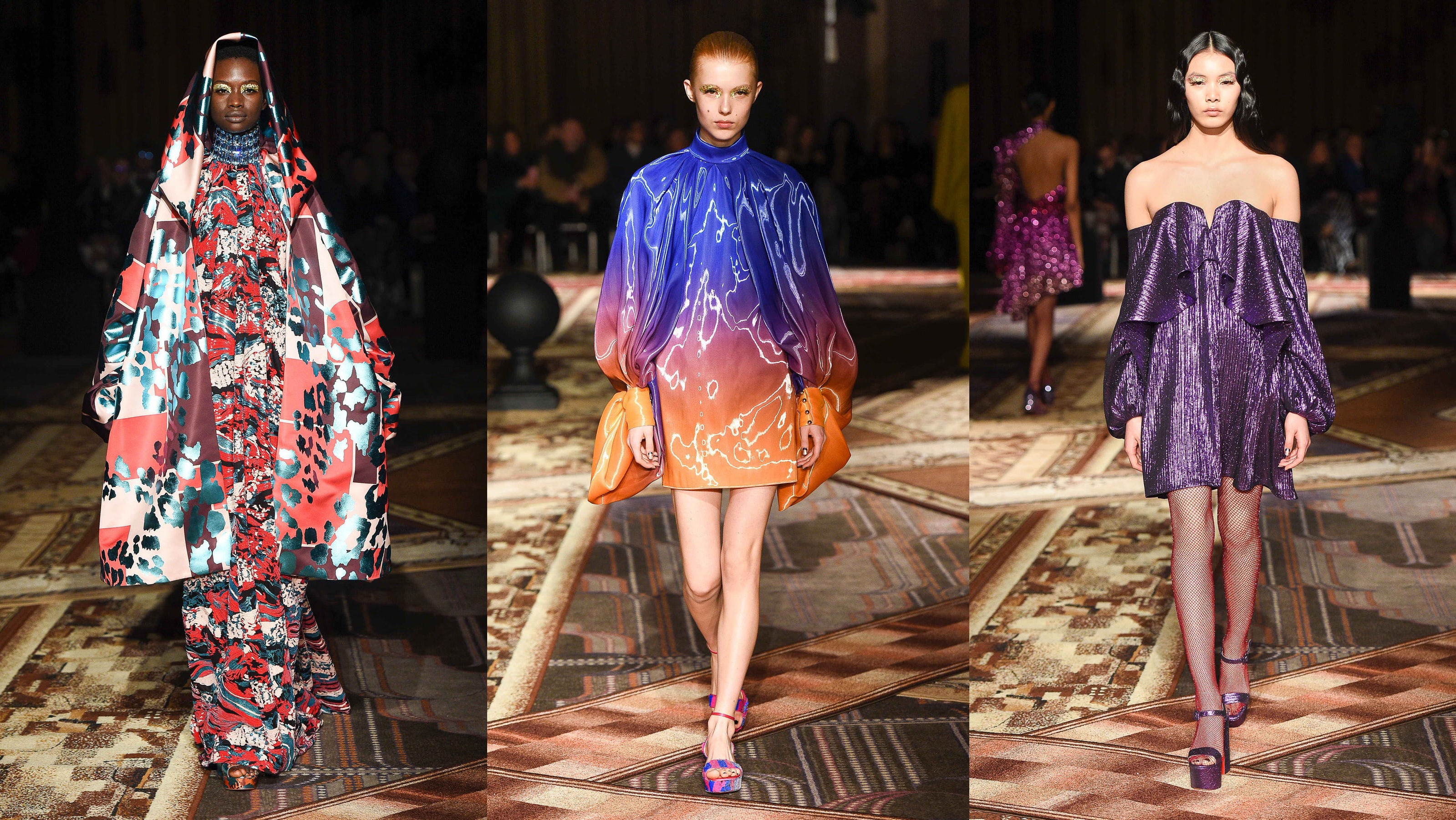