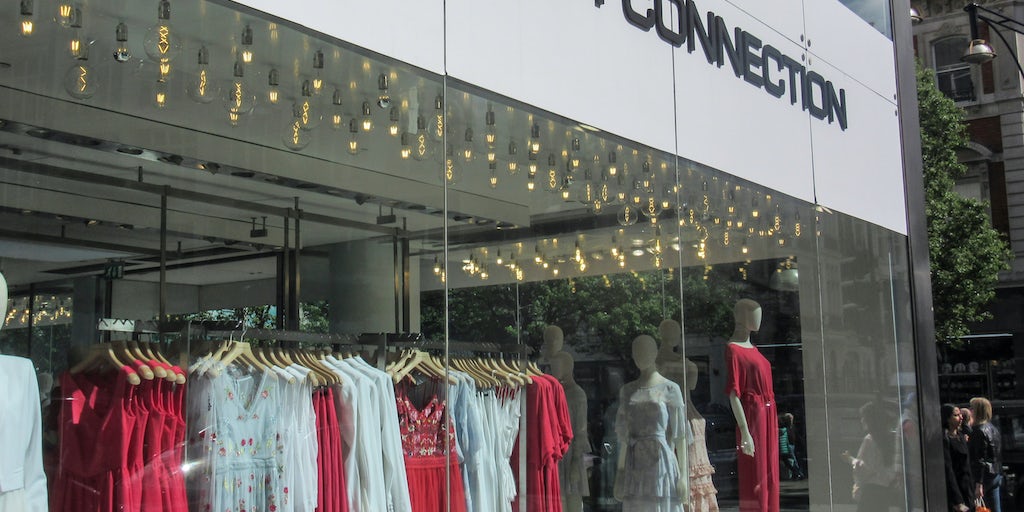 LONDON, United Kingdom —  French Connection is the latest major UK retailer to warn it could run out of cash within months, saying it was in talks with investors over new funding but had struggled to access government support schemes during the coronavirus crisis.

The retailer, which has not posted a pre-tax profit since the year ended January 31, 2012, said on Tuesday it had seen a significant reduction in sales with stores and concessions closed as a result of the pandemic lockdown.

Although it had accessed the government’s job retention scheme and business rates relief for its stores, it had been unable to secure other government support funds due to “tight qualification constraints”.

Shares in the company, once known for its provocative FCUK brand of clothing and accessories, dropped nearly 24 percent in early trade but recovered to trade down 2.7 percent by 09:11 am GMT. They have fallen more than 80 percent this year.

The retailer, whose brands include Great Plains and YMC, has struggled to differentiate itself from rivals such as Inditex’s Zara, but attempts to sell the business were abandoned in January and plans put in place to turn the company around.

Despite a 44 percent rise in online sales in the UK and the United States over the last 6 weeks, the company said it does not expect a return to normal levels of trading for some time, although it was planning to start reopening stores from June.

French Connection said it was in talks with suppliers, landlords and factories in a bid to cut costs. It had a net cash position of £8.1 million ($9.91 million) at the end of January according to a company statement.

Laura Ashley, once considered a mainstay of the British shopping scene, has appointed administrators due to the impact of the pandemic, while department store group Debenhams has gone into administration for the second time in a year.