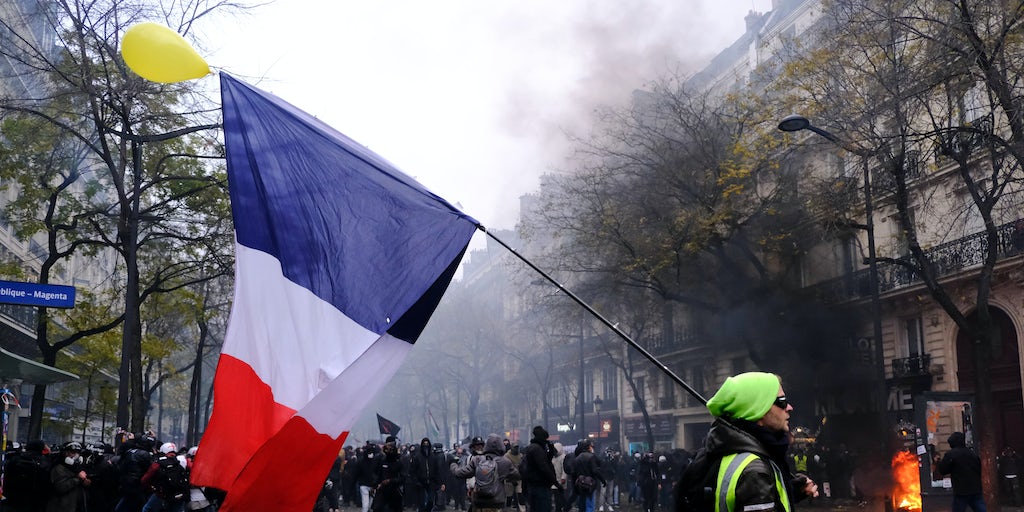 PARIS, France — French consumer confidence pulled back more sharply than expected in December in the face of nationwide strikes against government plans to overhaul the pension system, official data showed on Wednesday.

The INSEE statistics agency said that its monthly consumer confidence index fell for the first time since December 2018 when France was mired in anti-government “yellow vest” protests against the high cost of living and general elitism.

The index fell to 102 – the lowest since July – from 105 in November, which was revised down from 106 previously. The December outcome fell short of economists’ average forecast for 104 in a Reuters poll.

“Protests against the government pensions reform are likely to have played a role, and may weigh on economic activity going forward,” said HSBC economist Olivier Vigna in a research note.

The drop offers the first picture of consumer morale since unions launched strikes on December 5 aimed at forcing the government to ditch plans to set up a points-based pension scheme in the biggest overhaul of the system since World War II.

Though participation has waned, the strike is now the longest since 1968 and remains a major headache for commuters trying to get to work and consumers wanting to go shopping.

Consumers reported in INSEE’s monthly poll that their outlook for the general economic situation and their own personal finances over the next year was the lowest since April.

Many retail shops, cafes and hotels have reported a sharp drop in business during the crunch holiday period, a time when many make a large chunk of their annual income.

It is all the more painful for them as it is the second weak holiday period in a row after business suffered at the end of 2018 due to the waves violent street protests last year that kept many shoppers at home.