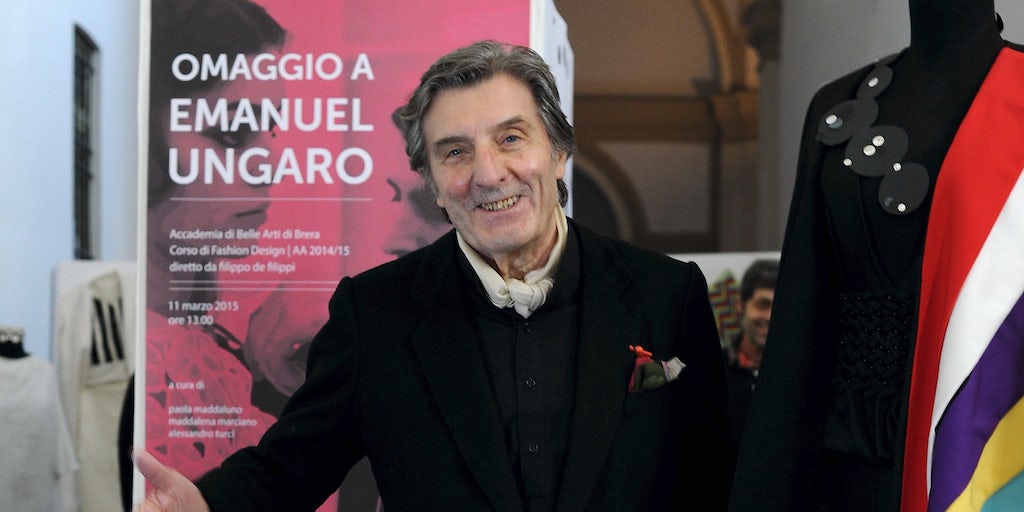 Emanuel Ungaro at an event in Italy in 2015 | Source: Pier Marco Tacca/Getty Images.

PARIS, France — Designer Emanuel Ungaro, who trained with Spanish maestro Cristobal Balenciaga before becoming a fixture of the Paris fashion scene for four decades, has died at the age of 86, French media reported on Sunday.

Ungaro, who retired from his eponymous fashion house in 2004, had been in poor health for the past two years, his family told AFP.

Born in southern France in 1933 to Italian parents, Ungaro moved in the 1950s to Paris where he trained with Balenciaga.

He launched his own label in 1965 and two years later moved the firm to the fashion heartland of Avenue Montaigne.

His women’s haute couture and ready to wear collections were renowned for flamboyant colours and elegant silhouettes.

Like other designers, he expanded into fragrances and accessories, before stepping back from the business in the early 2000s.

The Ungaro label has since been through a succession of managers and designers, including a stint in 2009 by Hollywood star Lindsay Lohan.