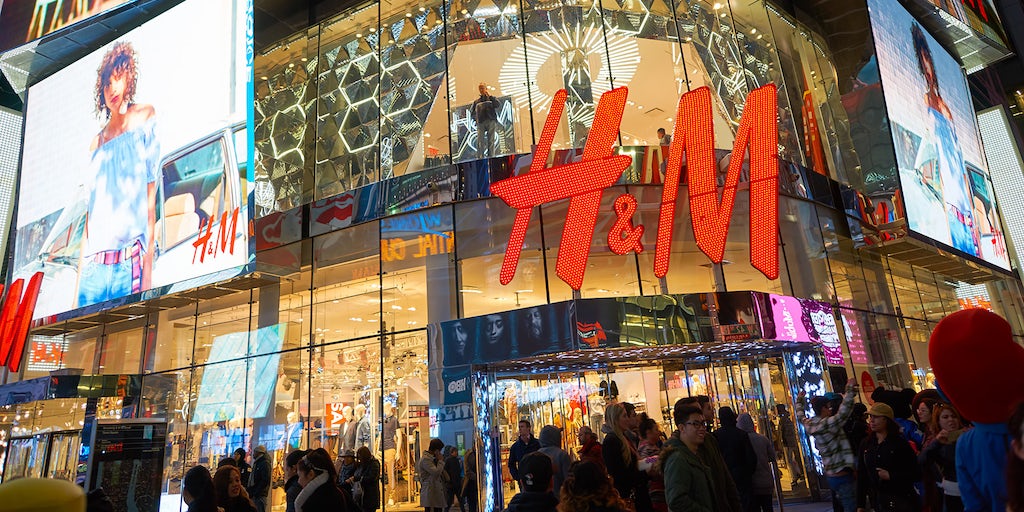 STOCKHOLM, Sweden — Investors in Hennes & Mauritz AB left its first ever capital markets day wondering whether the retailer is aware its clothes seem to be going out of fashion.

With the value of their H&M shares down about 45 percent since the end of 2016, owners said management gave a lot of details on pretty much everything except the main product.

“The offering is the core problem,” said Erik Sjostrom, a fund manager at H&M shareholder Skandia. “The fashion, the price, the distribution and I believe they are off both in terms of fashion and price.”

H&M says it expects online sales to rise at least 25 percent this year while sales from e-commerce and non-H&M formats like COS, Weekday and newly launched Arket will nearly triple from last year’s level by 2022. Together, those labels account for less than one-tenth of sales.

“What I’m hearing is that everything except core H&M is doing well, but it’s core H&M that’s the main business,” Sjostrom said.

Joakim Bornold, a savings adviser at broker Nordnet, says just acknowledging things went wrong isn’t enough. “The chief executive says ‘we’ve made mistakes but we’ve corrected them.’ What mistakes? What have they done, what happened? I think more people than just me are interested in that. Are the mistakes gone, is it a one-off? I’d have liked to know more, but we didn’t get to,” Bornold said.

Chris Chaviaras, an analyst at Bloomberg Intelligence, says H&M is doing well in non-core areas, but that the development there is “too small to move the dial for overall profitability.”

When it comes to the main business, the outlook is far from encouraging. The H&M brand is “relevant” for now, but has “a fast deteriorating appeal” after years of complacency, Chaviaras said. Meanwhile, the competition has “progressed rapidly” in everything from a well-functioning and nimble supply chain, to the look and quality of the products being sold, he said.

Barclays, which cut its price target for H&M by more than 7 percent to 125 kronor, said H&M’s supply chain is “significantly slower than peers, and we still lack adequate clarity on whether it can catch up — and to what extent.”

Of the 36 analysts covering H&M, only two are advising clients to buy its shares, according to Bloomberg data. Barclays says investors should be underweight H&M in their portfolios.

H&M’s fourth-quarter sales slumped the most on record as fewer people visited its shops. The company says it’s investing more in its online business and closing physical stores to try to catch up with competitors like Zara.

The head of the Swedish Shareholders’ Association, Joacim Olsson, says H&M tried to show it wants to fix “the dismal development of the main brand.” But it failed to give an answer to what he says is his main question: how the retailer’s strategy compares with that of its main rivals.

“If I, in that comparison, draw the conclusion that the main peers have an even tighter time plan, invest more, and develop more into 2019, then this won’t be worth anything,” Olsson said.