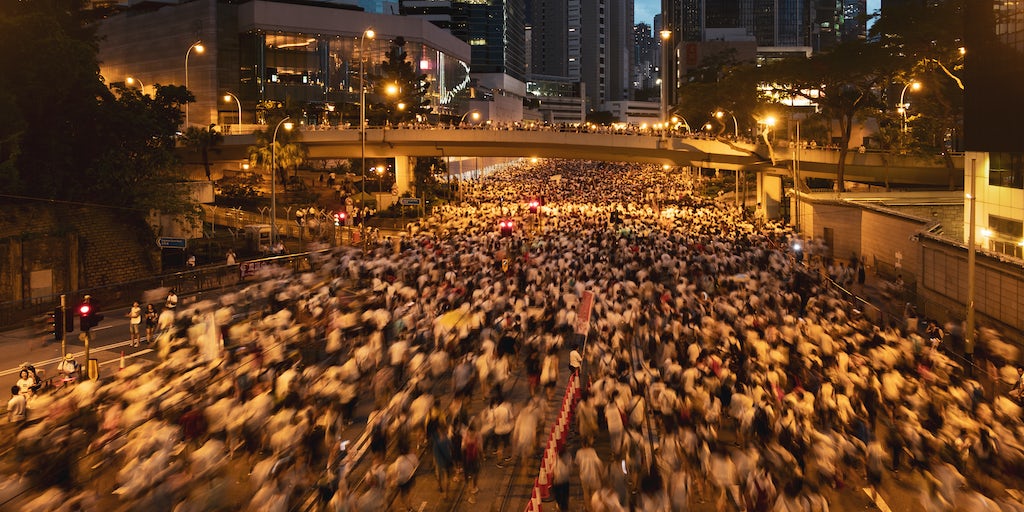 HONG KONG, China — The impact from the Hong Kong protests is spreading to global luxury retailers, with jewellery and cosmetics getting hurt as shoppers and big-spending travellers stay away.

With restaurants and consumer brands already affected, retailers now face a widening disruption as shops from the city centre to Hong Kong’s suburbs have been forced into early closures due to a lack of customers. A peaceful gathering of tens of thousands of protesters last Sunday turned into a fight with the police at a mall in Sha Tin on the city’s outskirts.

LVMH and Kering SA are scheduled to report first-half earnings next week, potentially giving more insight into how badly the luxury sector is affected.

The historic demonstrations have been brought about by Hong Kong Chief Executive Carrie Lam’s bid to ease extraditions to the mainland. The proposal has prompted hundreds of thousands of protesters to take to the streets, bringing parts of the city to a halt since early last month.

HSBC estimates that 350,000 mainland Chinese tourists will stay away this year because of the unrest, SCMP reported. Flight bookings from Asia — excluding the mainland and Taiwan — to Hong Kong fell 5.4 percent in the period of June 16 to July 13, according to researcher ForwardKeys.

Singaporean Charles Kee, who had booked a flight to Hong Kong for August, said he will cancel the trip if the violence escalates. “Hong Kong is a pretty small place, so if tourists want to try to avoid possible protest areas, there may not be enough things for us to do,” he said.

The setback comes at an inopportune time for retailers already facing headwinds from the trade war, a depreciating Chinese currency that lowers mainland tourists’ purchasing power and the threat of a global recession affecting consumer spending, said Jennifer So, senior analyst at Lego Asset Management in Hong Kong.

“Retailers that rely more on tourist spending or discretionary spending like jewellery, cosmetics and hoteliers will suffer the most,” So said. “Online spending and e-commerce will fare better.”

The Hong Kong Retail Management Association said Tuesday that most of its members reported a single-to-double-digit drop in average sales revenue between June and the first week of July, when multiple demonstrations converging on major office and retail districts took place.

Among these affected were Sa Sa International Holdings Ltd., a seller of cosmetics, which reported a 15.3 percent drop in same-store sales in Hong Kong and Macau for the three months through June. For the same period, Chow Tai Fook Jewellery Group Ltd. posted an 11 percent decline.

Possibly easing the retailers’ pain is an expected decline in store rents caused by the protests. Rent for street shops is set to drop 5 percent during the second half of the year, said Simon Smith, who heads Savills Research & Consultancy in Hong Kong.

“The retail market is not looking good in the second half,” Smith said.