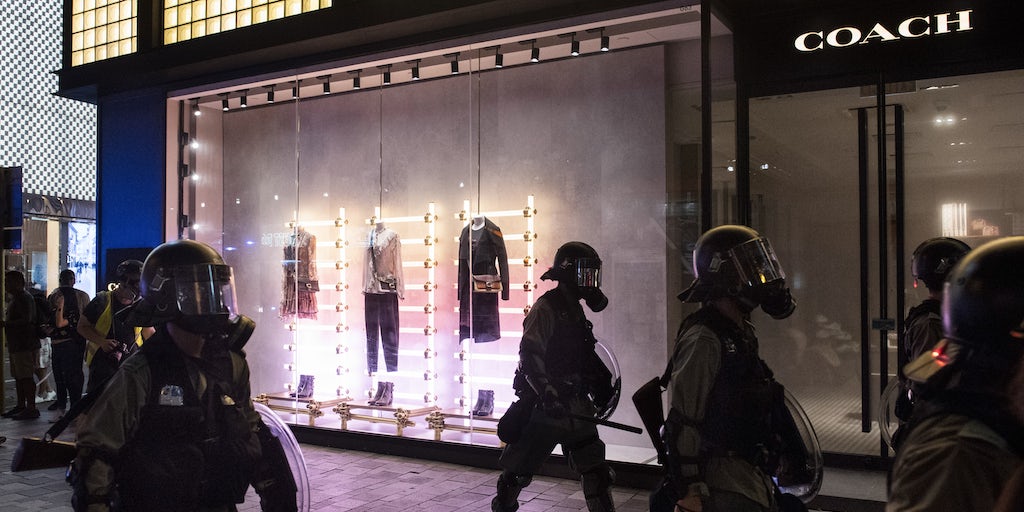 HONG KONG, China — Retail rents in Hong Kong, among the most expensive in the world, fell sharply in the third quarter, property consultancy CBRE said on Tuesday, following anti-government protests that have pushed shop sales to a record low.

High street retail rents fell by 10.5 percent in the July to September quarter compared to the previous quarter, CBRE said, the sharpest quarterly decline since the first quarter of 1998 at the time of the Asian financial crisis.

Overall high street rents are likely to decline by another 5 to 10 percent over the remainder of 2019, the consultancy said.

The Hong Kong protests began in May, in opposition to a bill allowing extradition to mainland China, but have since evolved into broader calls for democracy in the former British colony, with activists throwing petrol bombs, setting street fires and trashing metro stations.

China has accused the West of stirring up anti-Beijing sentiment in Hong Kong and reacted strongly to expressions of support for the protests.

The landlord of an 11,600 square foot (1,078 square metres), three-story shop space in Causeway Bay, a prime shopping district, has slashed rent by more than 30 percent, according to realtor Midland IC&I.

The space will be leased for a monthly HK$480,000 ($61,196) to a claw crane arcade this month, down sharply from the HK$700,000 charged from the home appliance chain Fortress before that lease expired last October.

The protests have taken a heavy toll on tourism and consumer spending.

On the positive side, however, there have not been many lease terminations yet, he added.

A Midland survey published last month showed vacancy rates in Hong Kong’s four core shopping districts rose only slightly to 6.5 percent in the third quarter, up from 5.6 percent a year ago.

The realtor expected rents for core district street shops to decline 10 to 15 percent in the second half, and the vacancy rate to rise to up to 8 to 9 percent next year.

The government said last week at least 100 restaurants have closed in the past few months, and has repeatedly urged landlords and property developers to offer rent subsidies to retailers and food and beverage businesses.

MTR Corp, the subway operator which is about 75 percent owned by the government and itself owns some shopping centres, said it would refund rents and other charges on a pro rata basis to its tenants for the time it shut the stations or centres.

Lawrence Wan, senior director of CBRE Hong Kong retail advisory & transaction services, said some retailers have negotiated with landlords to restructure their lease. That would allow them to pay lower rent for two to three months, and then settle the difference when the business environment stabilises.

Some also looked for short-term leases of three to six months and put expansion plans on hold.

“We have got more clients asking about short-term leases. People want to see if they could get more business in the festive season,” Wan said, citing fashion outlets hoping to clear in-season stock during Christmas and Chinese New Year.