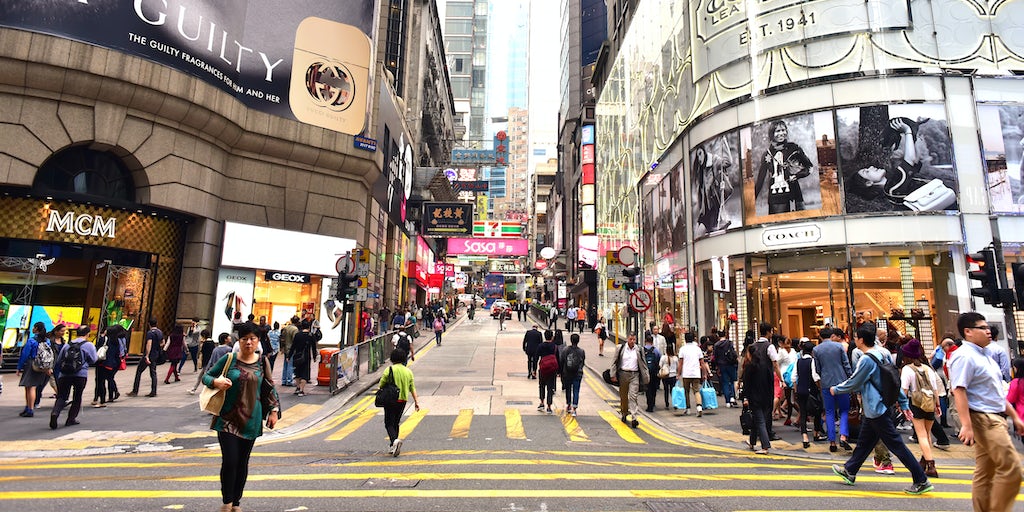 Sales fell 23.6 percent from a year earlier to HK$30 billion ($3.85 billion), government data showed on Friday. It was the tenth consecutive month of declines and compared with a revised 24.4 percent drop in October, which was the steepest on record.

As sometimes violent protests spread across various shopping districts, many retail operators, from prime shopping malls to family-run businesses, have been forced to close early or for entire days over the past few months.

The near-term outlook for the retail trade continues to hinge on how the local social incidents will evolve.

“The near-term outlook for the retail trade continues to hinge on how the local social incidents will evolve,” a government spokesman said.

“As such, ending violence and restoring social order are essential to the recovery of the retail trade and indeed that of the whole economy.”

Hong Kong sank into recession for the first time in a decade in the third quarter, as the protests plunged the city into its worst crisis since it reverted from British to Chinese rule in 1997.

Paul Chan, the city’s financial secretary, said on Sunday that a contraction in the fourth quarter was “unavoidable” and the budget in February would focus on boosting the economy.

Tourist arrivals in Hong Kong plunged 55.9 percent year-on-year in November, the steepest fall since May 2003, when the city was hit by an outbreak of severe acute respiratory syndrome (SARS).

November tourist arrivals fell to 2.65 million, according to the Hong Kong Tourism Board. That compared with a 43.7 percent plunge in October.

The number of mainland visitors fell 58.4 percent in November to 1.93 million, accounting for 72.8 percent of arrivals.

The Hong Kong Retail Management Association (HKMA) estimates about 7,000 businesses, or more than one in 10 retailers, will be forced to close in the next six months.