As Covid-19 continues its spread, forced store closures and a crash in consumer demand have dealt a body blow to the global fashion industry. Amongst the most vulnerable in the fashion ecosystem are thousands of emerging labels, whose small scale, perennial cash flow issues and heavy dependency on wholesale orders from third-party retailers means their business foundations are shaky even in the best of times.

The UK is a hotbed for young design talent, in part due to its world-class fashion schools. Now, the British Fashion Council (BFC) predicts that if nothing is done, 35 percent of the country’s emerging labels will fail before the end of the summer. By the end of the year, 50 percent of the UK’s fashion sector could be wiped out, according to the BFC, sinking a staggering number of young businesses.

The situation is similar in other markets, as retailers — themselves confronting a virtual zeroing of sales and possible collapse — cancel orders and extend payment terms, starving emerging brands, which often operate season-to-season with less than a few months of cash runway, of the revenue they need to survive.

As sources of equity and debt financing also dry up, governments have announced emergency loans for small businesses. But in practice, getting access to this funding can prove highly challenging. Bureaucratic hurdles have been compounded by the sheer volume of demand, as the lenders that governments have accredited to distribute the loans are inundated. Then, there are barriers like forcing company directors to personally guarantee loans.

Trade groups like the BFC and the Council of Fashion Designers of America (CFDA) are doing what they can. On March 27, the BFC, through its charity arm, launched the BFC Foundation Fashion Fund for the Covid Crisis, a fundraising initiative for small, designer-owned fashion business based in the UK, starting with £1 million (about $1.2 million) of repurposed grant money. Meanwhile in the US, Anna Wintour and CFDA Chairman Tom Ford have repurposed the CFDA/Vogue Fashion Fund to launch A Common Thread, a programme offering grants to small fashion businesses. To date, the initiative has raised over $3 million in donations, including $1 million from American fashion giant Ralph Lauren. But efforts like these, while noble, are nowhere near enough to stem the insolvency crisis facing an entire generation of young fashion designers.

There may be cause for hope, however. Despite the hit to consumer confidence, e-commerce has been a relatively bright spot in a retail landscape that has otherwise been decimated. Millions of people have flocked to technology giants like Amazon, which has seen overwhelming demand for its online shopping service since the crisis began, buoying its stock price.

In fashion, online sales have declined 5 to 20 percent across Europe, 30 to 40 percent in the US and 15 to 25 percent in China, according to the Coronavirus Update to The State of Fashion 2020 by The Business of Fashion and McKinsey. “If ever there was a time to turbocharge digital, it is now,” says the report. “The global pandemic’s shutdown of offline retail channels has pushed digitally inept fashion companies to the brink.”

Unfortunately, most young fashion labels lack robust e-commerce channels of their own. More often than not they rely on wholesale relationships with the likes of Net-a-Porter and Matches Fashion, which themselves are severely suffering from the crisis.

For its part, Amazon, which in 2018 overtook Macy’s as the largest seller of clothing in the US, has long tried to establish itself as a credible destination for upmarket fashion, spending countless hours attempting to convince designer labels to sell their products via the site and sponsoring everything from the Met Gala to Tokyo Fashion Week. Just two weeks ago, the company premiered “Making the Cut,” a glitzy fashion competition hosted by Heidi Klum and Tim Gunn that offers contestants the opportunity to get in front of millions of viewers and sell their clothes on Amazon, not to mention a shot at a $1 million prize.

Now that young designers around the world are facing an existential challenge, could Amazon come to the rescue, establishing a platform and associated fund to support a universe of independent labels in distress, connect them with its millions of digital consumers and swiftly establish itself as one of the world’s top fashion destinations in the process?

Farfetch, a luxury marketplace that connects consumers with a global network of boutiques — and, increasingly, brands — might seem well-positioned to make such a move. But only Amazon really has the scale to pull something like this off with its more than $40 billion cash pile, not to mention hundreds of millions of active customer accounts, mountains of shopper data and its ability to optimise nearly every piece of the supply chain puzzle, from inventory management to warehousing, which would be a huge boost to young labels.

A relatively small sum for Amazon would easily dwarf the emergency funding thus far raised by the likes of the BFC and the CFDA. And the tech giant should be able to get young labels selling on Amazon relatively fast via its existing marketplace platform. To be sure, Amazon’s lack of curation, bland aesthetics and utilitarian user experience have historically been a barrier to gaining high-fashion credibility. But the company has built one of the highest performing e-commerce platforms in the world and can no doubt better optimise part of the experience to make it more conducive to fashion.

The Seattle-based giant could take a page from the fashion strategies of Chinese platforms like Alibaba’s Taobao. For years, the term “Taobao brand” was a derisive term, because the platform wasn’t deemed suitable for respectable labels. But times have changed. Chinese brand Babyghost, whose co-founder Joshua Huang is a contestant on Amazon’s “Making the Cut,” has built a highly successful business on the back of Taobao and, more recently, its higher-end sister site Tmall, which together account for more than 80 percent of total sales. And during lockdown, fashion labels on the platform have continued to drive sales, making particular use of innovative functionality like livestreaming and video chat.

To be sure, delivering groceries and other household essentials are critical during this period of lockdown. But Amazon Founder and Chief Executive Jeff Bezos is known for thinking long term. Now is the time to make a bold play to support young fashion labels that will pay dividends and accelerate the e-commerce giant’s longstanding fashion ambitions. 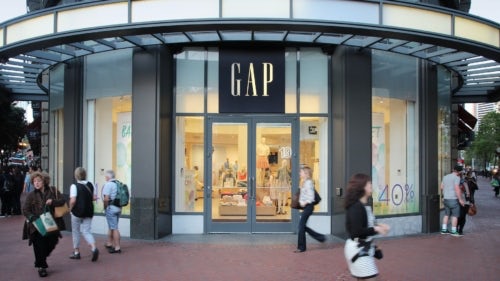 Gap Inc. cancels summer and fall orders in response to pandemic. The US retailing giant asked suppliers to stop shipping orders and halt production for the fall season, taking drastic measures to mitigate the fallout from a widespread retail lockdown. The company, which includes Gap, Banana Republic and Old Navy, was already in a more precarious position than some of its competitors.

Tiffany says Australian regulators need more time to review the LVMH deal. The delay is due to the coronavirus outbreak and could push the closure of the deal, which is expected to be finalised by mid-2020. The acquisition was cleared by the US Securities and Exchange Commission in late March, while a draft filing has been submitted in Europe. Tiffany has said it still aiming to close the deal on the existing timeline.

H&M borrows €980 million to boost liquidity buffer. The fast-fashion retailer warned it will register a loss for the first time in decades in its second quarter. H&M said in a statement the new 12-month bank facility with a 6-month extension option came in addition to an undrawn €700 million facility signed in 2017 and maturing in 2024.

Levi’s returns to life in China as stores reopen, online sales rise. But the American company is facing a mounting crisis at home, where it will furlough all its retail store staff. It also said it had borrowed $300 million on a credit facility to boost its balance sheet. The company had a strong start to the year, reporting better-than-expected earnings and revenue for the first quarter ended February 23.

Off-Price retailer TJX furloughs most of 286,000 staff. The company said store reopening dates would defer to state and local guidelines. Outlets across the US remain closed to curb the spread of the coronavirus. TJX also announced that several executives would take pay cuts to strengthen its balance sheet.

Fast Retailing predicts 44 percent annual profit decline due to coronavirus. The owner of brands including Uniqlo and Theory also cut its full-year dividend outlook to ¥480 ($4.41) per share, down from ¥500, as it reels from economic challenges beyond its key China market. Uniqlo, for example, shut around 170 stores in its home market this week after the Japanese government declared a state of emergency. 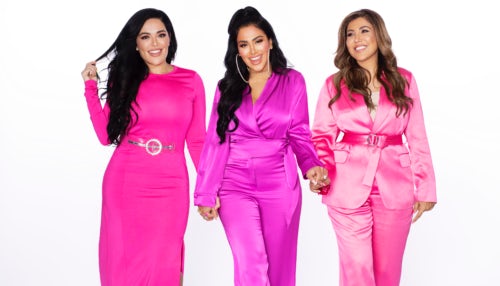 Huda Kattan to forgo her salary for the year amid coronavirus pandemic. Kattan’s family members linked to the business will also be forgoing their wages for the rest of 2020. Kattan’s move is an attempt to avoid any layoffs of the 267 employees working for Huda Beauty globally. Huda Beauty has also donated $1,000 to 100 individual make-up artists as self-isolation measures hit hands-on beauty creatives particularly hard.

Natura sees e-commerce growth amid coronavirus crisis. The Aesop and The Body Shop owner has promised to keep its 40,000 workers in employment for at least two months. The company’s online sales boost is partly offsetting the drop caused by the closure of stores. According to Natura’s chief executive, the company’s cash position of 4 billion reais ($770 million) is robust to face the crisis. 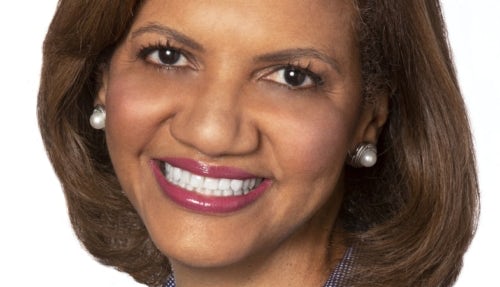 Macy’s chief financial officer to resign. Paula Price is stepping down as chief financial officer of Macy’s, effective May 31, after less than two years in the role. She will stay on in an advisory capacity until November while the retailer searches for her successor. The news of Price’s departure comes shortly after Macy’s announced it was furloughing most of its 125,000-strong staff as it deals with the closure of all 775 of its brick-and-mortar stores.

Asos taps McKinsey partner for strategy chief role. Asos has named Patrik Silén chief strategy officer, reporting to Chief Executive Nick Beighton. Silén joins the company from McKinsey & Company, where he worked for 16 years and was made a partner in 2012.

Nordstrom adds to board of directors. Nordstrom has appointed two new members to its board: Jim Donald, co-chairman of the board of grocery firm Albertsons Companies, and Mark J. Tritton, president and chief executive of Bed Bath & Beyond. Existing board members Kevin Turner and Gordon Smith will not be seeking re-election to the board when their terms end on May 20.

Amazon to delay Prime Day event due to coronavirus. The e-commerce giant is postponing its most important shopping day of the year to at least late August and expects a potential $100 million hit from excess devices it might now sell at a discount. The decision also affects third-party merchants who have come to depend on Amazon’s platform for revenue.

V Magazine sets up initiative to support emerging creative talent. CreatiVity is one of many programmes set up by media companies to boost exposure for young creatives during the pandemic. Dazed and AnOther magazine have also launched projects aimed at spotlighting and supporting creatives that have had projects postponed or cancelled as a result of the outbreak.

Asos plans equity increase and debt extension. Shares in Asos climbed up 34 percent, paring 2020 losses to 54 percent. The UK online retailer has kept going under national lockdown in line with government policy. The company has stress-tested its liquidity and is comfortable that, with mitigating actions, there is sufficient liquidity within its existing £350 million ($431 million) facility to survive the crisis.