Storied American jeweller Tiffany & Co has resisted takeover for years. When it finally agreed to a tie up with LVMH, it was in a deal of superlatives. The $16 billion dollar acquisition, announced Monday, is the largest ever in the luxury sector. It puts Tiffany in the hands of the world’s biggest luxury goods group, owned by France’s richest man.

The deal will elevate LVMH’s already solid lead in the luxury sector, giving it a bigger foothold in the US and, in one move, making its jewellery and watches segment much, much bigger. It’s a game changer for the division, putting it on a level with Swiss rival Richemont, the industry’s long-time leader in “hard luxury.”

Though some question its luxury credentials and growth potential, Tiffany is one of the world’s few sizeable targets in branded jewellery. The deal strengthens LVMH’s large and diversified portfolio, something many investors have embraced as a sure-fire bet.

Within the luxury sector, it appears, bigger really is better. Indeed, the heft of its portfolio gives LVMH a significant edge in distribution and media, where it enjoys leverage with multi-brand retailers, mall owners, real estate developers, magazines, influencers and other key players in the fashion ecosystem. LVMH also has an advantage in attracting and retaining top talent, who it can offer better compensation, more interesting career opportunities and larger budgets.

This deal just reinforces the reality that scale matters in the industry.

“This deal just reinforces the reality that scale matters in the industry,” said Erwan Rambourg, global co-head of consumer and retail research at HSBC, in an email. The bank has noted the emergence of a “bling supremacy” and likened LVMH to the “Nike of luxury.”

“Luxury execs might not find this comparison flattering but it is a reality that scale and speed at LVMH have become so paramount that no other luxury competitor is now comparable as a result,” HSBC said in a note earlier this month.

As The Business of Fashion and McKinsey & Company’s The State of Fashion 2020 report suggests, fashion is becoming a winner-takes-all business. The industry’s top 20 players by economic profit — a list that includes “Super Winners” like Nike and Inditex — account for more than the combined economic profit of the entire industry, the report found.

Scale benefits are by no means unique to fashion, of course. Across industries, from automobiles to technology, the bigger you are the easier it is to stay on top. “It is natural that young industries, like modern luxury goods, consolidate,” said Bernstein analyst Luca Solca.

Whether the Tiffany transaction will unlock a fresh wave of M&A within the sector remains to be seen, but it’s put LVMH’s competitors on notice. The deal is particularly bad news for rival Richemont, which owns brands including global jewellery giant Cartier and Van Cleef & Arpels.

To be sure, LVMH’s Tiffany deal is not without risks.

Acquisitions are expensive, time-consuming and can prove tricky to integrate. Tiffany will transform LVMH’s position in watches and jewellery, catapulting the division’s contribution to operating profit to 13 percent of overall earnings from 7 percent last year. But it also leaves the luxury giant on the hook to ensure efforts to turnaround fortunes at the storied, but faded jeweller are successful. In the first half of 2019, worldwide net sales at Tiffany decreased 3 percent to $2.1 billion. The company is facing weak demand at home and abroad, and will likely need heavy investment to re-energise its brand and business.

LVMH has a strong track record in re-invigorating heritage brands. After purchasing Bulgari for $5.2 billion in 2011, the company focused the product ranges and elevated the brand to focus on high-end jewellery. Over the last eight years, Bulgari has consistently gained market share. Sales have doubled and operating profit increased fivefold, according to HSBC.

Every competitor will find it difficult to counter LVMH now.

“If LVMH achieves a Bulgari-like success in turning Tiffany around, this would further increase the pressure on Richemont,” Bernstein’s Solca said in a note. “This would add to competitive threats from mega-brands moving into jewellery from a couture and leather goods core: Chanel, Hermès, Louis Vuitton and Gucci to name a few.”

Perhaps the most transformative thing about the LVMH deal is the impact it will have on the wider market, ratcheting up pressure on other brands to look at mega-deals of their own in order to remain competitive. Targets big enough to move the needle remain few and far between, with the most obvious moves — like a tie up between Richemont and Kering or a deal to takeover Chanel or Hermes — hardly on the table.

“Every competitor will find it difficult to counter LVMH now but obviously Richemont will feel the most pressure,” said HSBC’s Rambourg.

LVMH will need time to digest this week’s megamerger, making another M&A-driven leap unlikely in the near term, but in a sector where size matters, the world’s largest luxury conglomerate seems set to only get larger.

Disclosure: LVMH is part of a group of investors who, together, hold a minority interest in The Business of Fashion. All investors have signed shareholder’s documentation guaranteeing BoF’s complete editorial independence. 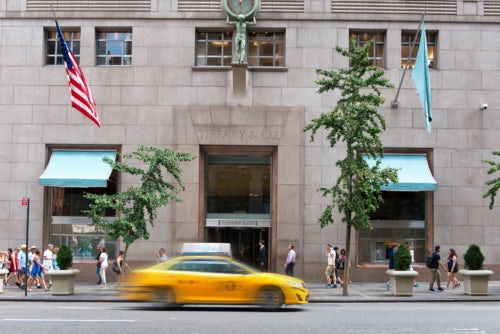 LVMH buys Tiffany in $16 billion deal. The all-cash transaction is intended to boost the French luxury giant’s watches and jewellery division and help strengthen its position in the US. The acquisition — one of the largest ever for the French conglomerate — ends a month of speculation, after reports were leaked in October. Tiffany is facing weak demand at home and abroad, and will likely need heavy investment to re-energise its brand and business.

Catalyst tops Baker’s C$1.9 billion offer for Hudson’s Bay. The private equity firm has offered C$11 per share for the Canadian retailer. Baker’s consortium already owns 57 percent of Hudson’s Bay and has previously informed the company it would block a sale to another party. Catalyst said it is prepared to consider raising the offer based on its due diligence and is open to allow other shareholders to be co-equity sponsors to its offer.

PVH Corp raises profit forecast on strong earnings. The Calvin Klein and Tommy Hilfiger owner’s total sales reached $2.59 billion during the third quarter. The company now expects to earn between $9.43 and $9.45 per share for full year 2019, compared with its prior range of $9.30 to $9.40. The New York-based company has been trying to attract Millennial shoppers by sponsoring social media influencers including Bella Hadid and Billie Eilish.

Dubai’s Damac closes Roberto Cavalli deal. Property tycoon Hussain Sajwani bought the Italian fashion group through his private investment company Vision Investments, part of the DICO Group. Cavalli had been struggling for years to relaunch its sales and gain visibility in an industry that is increasingly dominated by large cash-rich conglomerates.

Allbirds calls out Amazon for mimicking its wool sneaker. The footwear retailer is the latest brand to take a swipe at the e-commerce platform, alleging the company copied their $95 eco-friendly sneakers. Allbirds Co-Founder Joseph Zwillinger says Amazon should mimic its eco-friendly materials as well if it’s going to mimic the look of its trendy sneaker, which Amazon is selling for one-third of Allbirds’ price.

Barneys bankruptcy leads to rare Black Friday deals. The luxury retailer is offering store-wide discounts of up to 35 percent on brands such as Prada and Bottega Veneta. Promotions are normally limited to leftover merchandise from previous seasons that didn’t sell, but since Barneys is liquidating all of its stock, the sales are on 95 percent of the store’s goods.

H&M tests renting clothes to address environment concern. The Swedish retailer follows competitors Banana Republic and Urban Outfitters, which tapped into the billion-dollar rental market earlier this year. As of Friday, consumers can rent garments for 350 kronor ($37) a week in a refurbished flagship store in Stockholm. The rental model is limited to a collection of 50 garments offered to members of the company’s loyalty programme. 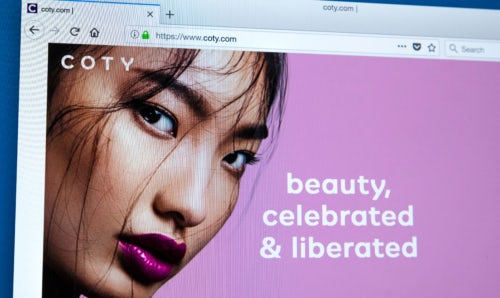 Amazon avoids breach of Coty’s trademark rights. The cosmetics company took the e-commerce platform to a German court for stocking Davidoff perfume for third party sellers. The case is one of the many battles between luxury goods companies seeking to preserve their exclusivity and online platforms such as Amazon and eBay fighting against online sales curbs. It also raises the question of the scope of online platforms’ responsibility for products sold, or content transmitted, on their sites. 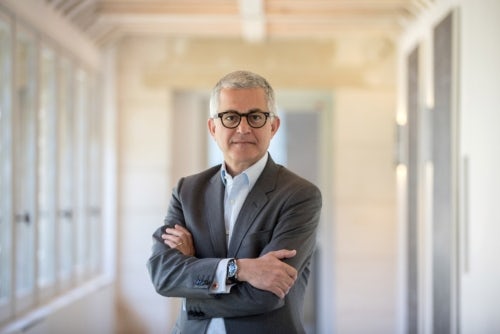 Kering jewellery and watches lead steps down. Albert Bensoussan, who joined Kering in 2014, is stepping down as chief executive of the group’s watches and jewellery division. The leaders of Kering’s watch and jewellery houses will now report to Group Managing Director Jean-François Palus.

Brands are watching digital activity as customers shop online. Software created by Powerfront, which counts Gucci and Neiman Marcus among its clients, tracks the clicks, movements and keystrokes of about 20 million online shoppers a day. Powerfront said it processes the information of customers from 400 clients every 24 hours, monitoring the shoppers as if they were in a bricks-and-mortar store.

Amazon will reportedly sell on China’s Pinduoduo marketplace. Amazon is now evolving its China strategy after shutting its own online store in the country in July. The online giant found it difficult to gain traction in the face of intense competition from entrenched, home-grown rivals like Alibaba’s Tmall marketplace and JD.com, and so turned to Pinduoduo, an e-commerce retailer popular with China’s lower-tier city residents.

Alibaba’s Hong Kong shares close 6.6 percent up after 2019’s largest stock sale. The Chinese e-commerce giant’s debut was the third biggest on record for the Hong Kong market. Alibaba has raised at least $11.3 billion from its secondary listing, which has been seen as a vote of confidence in Hong Kong’s financial future amid six months of increasingly violent anti-government protests.