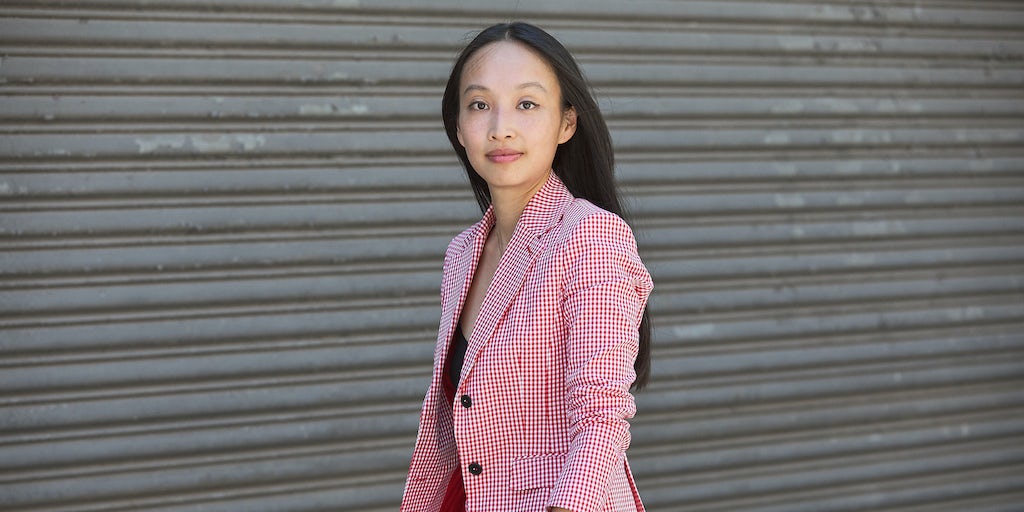 Want the best marketing job opportunities in fashion delivered to your inbox first? Click here to set up a job alert on BoF.

NEW YORK, United States — After completing a finance degree in Sydney, Jodie Chan’s career pursuit led her across the globe to London where she had a brief education hiatus, before eventually ending up in New York as a fashion marketing student at Parsons School of Design. After graduating from Parsons in 2010, Chan landed her first job at social media agency WFG Media, which later merged with PR agency Syndicate to become the Syndicate Media Group, and counted Oscar de la Renta and Reed Krakoff as clients.

Five years later, Chan met French-American designer Joseph Altuzarra in New York and they “immediately clicked.” Today, she holds the title of director of marketing and communications at the New York-based womenswear label, which is stocked by the likes of MatchesFashion, Farfetch, Bergdorf Goodman and Barneys, and sold in over 30 countries worldwide.

When did you realise you wanted to work in fashion?

I knew I wanted to work in fashion early on but admitting to myself that I wanted a job in fashion took a lot longer. Coming from an Asian family, you don’t think of fashion as being a real career and Joseph [Altuzarra] has said the same when he realised he wanted to be a designer.

I also grew up in Sydney, which was so far removed from the power centres of fashion, but it made me even more hungry to seek it out. With New York or London, by osmosis, you just have more opportunities in those cities. Once, I made my family drive all the way to Canberra just to see a Vivienne Westwood exhibition.

Then one summer, I took a job at Vivienne Westwood in Hong Kong’s Harvey Nichols. When women put on a Vivienne Westwood dress, it’s incredible. [I was impressed by] the power [of clothing] to change someone’s attitude or perception of oneself. It planted a seed and everything I have done since has been going in that direction.

How did you come to work in marketing and communications?

When I applied to university, I knew I was not a creative director, but at the time there wasn’t enough information in terms of other functions in fashion.

Instead, I got a scholarship and stumbled into a finance accounting degree, which was a struggle. Everyone around me had a very clear-cut career path, going into banking or finance, but I knew that wasn’t for me. Then I saw an ad for Parsons and it was like the light at the end of the tunnel.

During my time at Parsons, I got an internship at a digital media agency and after I graduated, my boss was kind enough to bring me on and sponsor my visa. A couple of years later, the agency merged with a traditional PR agency and that was how I transitioned into a more overarching marketing role.

What advice would you give a junior hoping to start their career abroad?

You should tread realistically. I get applications for internships all the time from people in Europe and Australia, expecting a small company like ours to sponsor them. Especially considering the current political climate, that is not a realistic approach.

Just because you don’t come from a fashion capital shouldn’t stop you from working towards that goal in your hometown.

I always knew I wanted to be in New York or London for work, but it didn’t stop me from having fashion-related jobs when I was living in Sydney. When I was studying, I had a job at Louis Vuitton when their Mon Monogram collection came out. I called the entire rolodex of customers, scheduling appointments for them to come in to make a new bag — and suddenly, you have Louis Vuitton on your resume.

Just because you don’t come from a fashion capital shouldn’t stop you from working towards that goal in your hometown.

What are the common misconceptions about working in marketing and PR?

Sometimes with PR and marketing there is a reputation that we’re just all about talking and sharing a preconceived message. But you have to listen to other people’s perspective and respect their opinions, whether or not you agree with it. It has to be a give-and-take equation; it can’t just be, “Well, I’m giving information. Editors, write that article we want you to write.” It has to be a two-way street.

It’s about being open to collaboration and ideas, whether it’s from an intern or your boss. It is very valuable when someone vouches for an idea and it’s very precious when someone shares an idea with you, so it’s important that you listen.

One of my mentors, Pamela Baxter, who used to be the chief executive of Dior and LVMH cosmetics, has always instilled in me [that I should] always talk to different people [and get] data points of information from different people, whether it be the store person or the customer, the teams on the field or the counter girl at Sephora.

How do you communicate the vision of the brand among those internal and external to the company?

When I first joined Altuzarra, I was tasked with creating a brand book, which is a Bible for what the brand is and sets the parameters. In the beginning, Joseph said, “The woman is in my head so isn’t it obvious through my designs what Altuzarra is? That is the purest expression of who the woman is.”

While that may be, sometimes you need pen on paper. You need something tangible that you can share with editors and retailers; someone we’re selling to or opening a store with if we’re working on special programming, a collaboration… We need guardrails that we can hold ourselves accountable to [in order] to move forward.

Those guardrails are also for people internally. We have to make sure that we are aligning the entire team from our production in Italy to our receptionist in New York, so they are all on the same page and they know what the brand is. It takes more than the clothes on the rack. The brand book is still a living and breathing organism and we tweak and finesse it all the time.

What attributes have been fundamental to your career success?

I was always hardworking and willing to roll my sleeves up. My bosses could entrust in me that I could get the work done — and if I couldn’t, I would go to them and say, “Here are my challenges, how can you help me?”

It’s a mixture of being able to execute certain tasks while having a creative bend around problem-solving. Curiosity and being open to ideas are also important. You should take inspiration from other industries and not just live inside this fashion bubble, which we can so easily do.

What do you believe is essential to being successful in the fashion industry?

In this industry, when it thrives, it thrives on people who are positive and kind, and I can’t stress enough that it’s a very important factor. There’s a misconception in fashion that on the one end, it’s very glossy and glamorous, and on the other end, it’s cold and very exclusive.

I’ve worked with the nicest people through Altuzarra and it’s important to grow relationships in an organic way that isn’t always just about, “When are you writing this story for me? When are you putting X, Y and Z in Altuzarra?” It’s about growing relationships, which can be as simple as sending a note to congratulate someone when they’ve had a baby or gotten married. These are real relationships and I’ve made a lot of good friends in this industry. It’s really important not to forget that.

This interview has been edited and condensed.

Want the best marketing job opportunities in fashion delivered to your inbox first? Click here to set up a job alert on BoF.