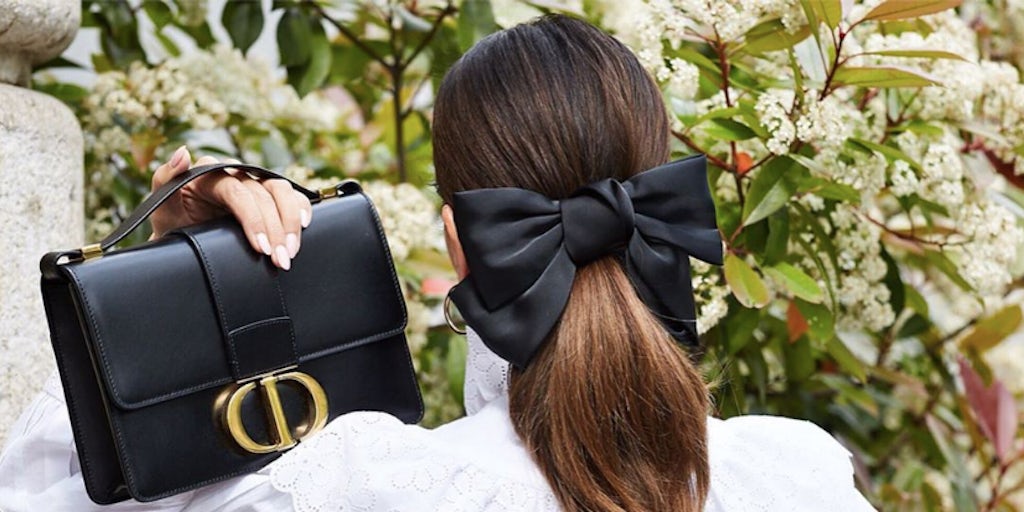 PARIS, France — Big-spending luxury brands like Gucci, Louis Vuitton and Christian Dior are splashing out on everything from dance-fuelled fashion shows to teams of advisers as they target social media platforms in the hunt for young shoppers.

Without the entry barriers of magazine advertising — where a one page glossy ad can cost tens of thousands of dollars – sites like Instagram, a fashionista favourite, have allowed unknown labels to find an audience with canny or eye-catching campaigns.

But big bucks are changing the game as cash rich luxury goods groups like LVMH and Kering hike their social media budgets, giving them vast means to drown out rivals on platforms once seen as a leveller for brands big and small.

As the use of bloggers and influencers becomes mainstream, fees per sponsored post commanded by those with four million followers have reached well over 20,000 euros (£17,794), according to marketing experts.

Less active than some smaller brands on networking platforms even five years ago, luxury’s leading players are now leapfrogging the competition.

Kering — owner of fast-growing Gucci, which scored the highest level of publicity impact on social media last year according to data trackers Tribe Dynamics — said that half its 2018 media budget was spent on digital advertising, up from 20 percent only three years earlier.

“There’s a big shift in how we’re thinking about advertising and creating aspiration,” Kering’s digital chief Gregory Boutte told journalists on the sidelines of an investor day.

“Now with every type of social platform, you need different types of videos, of pictures. You don’t create content on YouTube as you do on TV.”

Kering does not reveal its total advertising expenditure.

Its cross-town rival LVMH increased its total marketing spending at the fastest rate in seven years in 2018 to 5.6 billion euros, reaching 12% of group revenues — more than most brands that disclose this budget and topped only by another big online trendsetter, privately-owned Chanel.

Vuitton, as well as LVMH’s Christian Dior, Marc Jacobs and Givenchy labels were among Tribe Dynamics’ top 10 brands last year, with Kering’s Saint Laurent and Balenciaga also making the cut. The firm quantifies how much social media buzz is worth, including non-paid for content.

Rewind three years, and Italy’s Valentino, seven times smaller then than Vuitton, outflanked peers in the Instagram stakes, coming first in a listing by Engagement Labs which measured the most effective brands on social media.

Valentino’s formula was simple, mixing content generated by fans with its own professional photos, while answering online comments – a standard approach for labels now, but which helped fuel a sales spike at the Mayhoola-owned firm at the time.

Valentino’s Instagram followers have doubled to 12.4 million since, though revenue growth has slowed; Vuitton’s followers have almost tripled to 32.1 million, and revenues are still expanding at a robust pace.

Marketing investments are just one factor separating luxury brands riding high on demand from markets like China and those struggling to make a mark, with product designs and funkier store strategies playing a role too.

And funds only go so far, with social media savvy also making a difference.

Gucci co-designed a collection in 2016 with “Guccighost”, a street artist who painted quirky versions of its logos around New York and posted them online, helping its social media credentials, Tribe Dynamics’ co-founder Conor Begley said.

“Gucci embraced those connections. Usually a brand would have sent attorneys after him,” Begley said. “That sends a message to other content creators who think ‘Oh My God, maybe I’ll get to work with Gucci’ if I post about them.”

As digital investments rise, mid-sized luxury labels are now in an increasingly awkward spot as they try and stay visible.

“The ones that are suffering are those in the middle, of an average size, which are stuck between the small innovative pure digital players and the big groups with big means,” said Michael Jais, CEO of Launchmetrics, which compiles digital data on the fashion industry.

Italian shoemaker Tod’s is among a clutch of brands in turnaround mode investing more in social media in a bid to revive sales — a strategy welcomed by analysts but which will likely keep weighing on its profit margins, some said.

Analysts at HSBC, which have a “reduce” rating on Tod’s, said in a note this week that it was losing ground and “facing intense competitive pressure” as LVMH and Kering pushed funds into online marketing.

“The big groups understood they had to invest more in experiences – what happens around a catwalk show, exhibits, store openings,” said Uche Pezard, CEO of Luxe Corp, which advises brands on strategy.