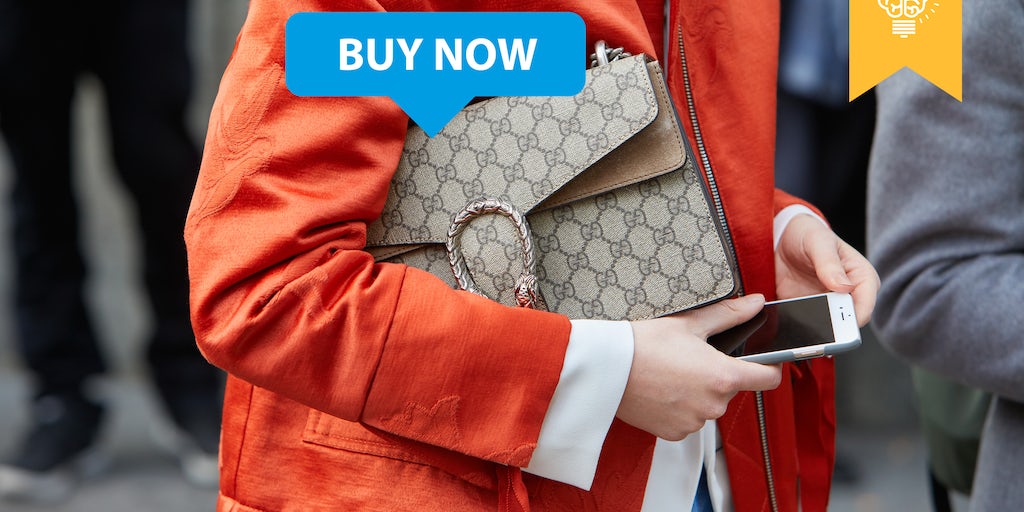 NEW YORK, United States — In January, as the “bomb cyclone” pummelled toward the East Coast, where it would dump half a foot of snow on New York City and plunge temperatures to ten degrees below normal, the Cut’s editors knew what was really on every New Yorker’s mind: shopping.

As soon as the term “bomb cyclone” was coined, sending the city into a panic and trending accordingly on social media, the Cut’s senior market editor Diana Tsui and her team started curating shopping posts. “We’re like, OK, it’s going to be cold, our team is freaking out about it, we’re all really nervous about the weather, what do we need?” Winter coats and boots were conveniently on post-holiday sale, along with, Tsui noticed, Uniqlo’s Heattech apparel. One of her team members curated a selection of Heattech items for a post that ended up being one of the Cut’s most read stories of the day.

E-commerce isn’t just digital media’s buzzword du jour, arguably replacing “pivot to video” as the thing publishers are most obsessed with. It’s also an increasingly important part of revenue diversification in a world where Facebook and Google continue to siphon dollars away from media brands, making digital advertising — where margins are miniscule, competition is fierce and significant earnings are anything but guaranteed — an even less appealing way to make money.

Publishers like the Cut who have seen significant, scalable success with e-commerce agree that it’s not as simple as chasing a bunch of SEO terms for things like “floral dresses” and hoping for the best. Search traffic and checking Google Analytics daily for sales data certainly helps drive sales — but taste, instinct and a connection to a media brand’s unique community are even more important.

Taste, instinct and a connection to a media brand’s unique community are even more important.

This is true for brands that aren’t “tastemakers” in the fashion person’s sense of the word. Bustle, which did $4.2 million in e-commerce revenue last year, beating their goal of $3.5 million, mostly sells low-price items to its “young woman next door” reader in her twenties and thirties, said vice president of commerce Meghan Muntean. “Taste is important because you need to be thoughtfully choosing the items you need to be writing about, but I think what we try to choose is what’s going to be of interest and of use to our readers versus the most tasteful or beautiful thing.”

Bustle, which sells everything from lipstick to mattresses to nightlights, makes sure to contextualise each recommendation. “You can put the right thing in front of somebody but not explain it in a way that’s relatable, and then it doesn’t have the same effect,” said Muntean, whose team, much like the Cut, tries to understand the daily problems that the right product recommendations can solve. In addition to writing articles off search terms, Muntean’s team pays attention to requests from the community. They created a post of bra recommendations for women with large busts and small band size after noticing a Facebook commenter asked for it.

What’s allowed Muntean and her peers to be so successful is embracing a shopping environment where publishers remain just that — publishers. She knows Bustle isn’t a store and its readers don’t want it to be one. This is the $100 million-mistake Condé Nast made with the now-shuttered Style.com, which relaunched as an online store in 2016, after Vogue.com absorbed its editorial content and runway slideshows. The new Style.com was instantly panned by the industry, particularly for its limited stock list that included no LVMH products.

People need help sorting through the bottomless barrel of stuff that they could buy on the internet.

But the real problem for Style.com was that people generally have a group of trusted online stores that they already shop from, and a publisher isn’t all of a sudden going to become one of those stores. This is why sites like the Cut and Bustle see higher conversions by linking to retailers like Nordstrom and Amazon and Uniqlo. In addition to being part of affiliate programs, the editors know their audience already shops there, their credit card information is stored, and it’s natural for them to proceed from a publisher to one of these sites for a purchase.

This is also exactly why publishers have to have taste to be successful: people don’t need help finding any old blouse or any old Easter egg basket. They need help sorting through the bottomless barrel of stuff that they could buy on the internet at any given second.

Highsnobiety founder David Fischer admits to making the mistake of trying to be too store-like earlier in the brand’s e-commerce journey. Before investing in a dedicated e-commerce team in the middle of last year, the site mostly sold product using What Drops Now, a feed of items akin to an online retailer that drove profits through affiliate partnerships. “We realised strong content, in our case, does a better job of driving affiliate product revenue than a shop button,” Fischer said. “That’s the way people consume content on our page and that’s also what we’re known for.”

The site now posts two to three shopping posts per day out of a total of 50. Great attention is paid to the selection of the products, and a team of curators is in place to ensure they’re perfectly on-brand. “It’s very much a world that you can pick something similar that’s wrong,” Fischer said. “For us, it was absolutely key to make sure that we’re not stepping on that front in favour of conversions.” The brand also is working on creating proprietary e-commerce technology to better serve users, like informing readers when a sneaker is out of stock in their size before they click out to buy.

Strong content, in our case, does a better job of driving affiliate product revenue than a shop button.

Highsnobiety, which has consistently experimented with its own branded merchandise over the past decade, plans to start regularly scheduling new product launches beginning this year. Though taking on inventory is a risk, the margins are much higher than for affiliate sales, and the brand has established the taste level and fan base to pull it off. Theirs is the kind of community who will show up to Highsnobiety events to buy Highsnobiety products. When Highsnobiety Japan launches this year, a special T-shirt line made in collaboration with nine designers will be available for sale at a launch event and on the website.

Man Repeller cites similar success with selling branded product at events. Last March, the publisher hosted a pop-up shop at Canal Street Market, where fans could buy things like Man Repeller baseball hats within a cocoon of Man Repeller décor from Man Repeller editors. (Prior to the pop-up, the company had experimented with selling limited run Man Repeller product online.) Head of operations Matt Little said sales at the pop-up exceeded expectations: “I think as we continue to explore what e-comm and product look like for us, that community piece and relationship piece will always be at the centre of it.” Little said the brand’s audience regularly DMs editors at their personal accounts in addition to the official Man Repeller account to ask about what to buy, and that all of the site’s product recommendations are driven by editor instinct and these community requests versus gaming a search or other algorithm.

Little said it was hard to imagine Man Repeller ever opening a traditional store, but floated the idea of something like “a Man Repeller coffee shop that also sells product” — a place where people want to go and hang out. In the presence of great taste, of course.

Condé Nast Goes to Market with ‘Next Generation Network’