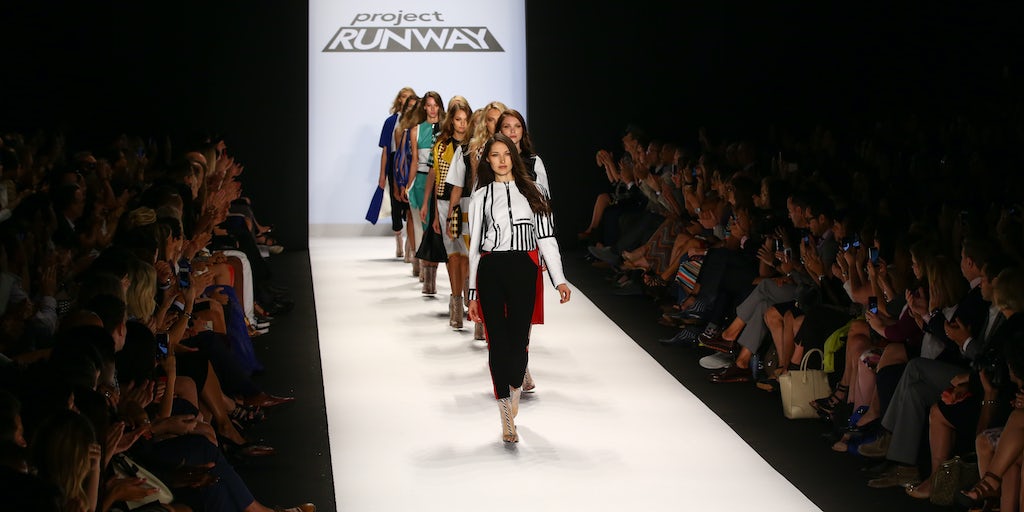 NEW YORK, United States — On many episodes of “Project Runway All Stars” Season 7, which airs its final episode Wednesday on Lifetime, the host and judge Alyssa Milano has announced that the week’s winning design will be sold on JCPenney.com the following day.

Except that’s not true. Viewers who are looking for a ready-to-wear version of a winning look from “Runway” veterans like Dmitry Sholokhov or Irina Shabayeva are presentedwith a message on the department store chain’s website that the collaboration with J.C. Penney has been discontinued.

“Season 7 of ‘Project Runway All Stars’ was taped well before our collaboration with the show ended, and we were unaware that the season would begin airing in January 2019,” the company said in a statement via email. “Because of this unfortunate turn of events, J.C. Penney no longer had the agreement in place to produce or sell the winning looks.” Legally, the company says it couldn’t produce the designs.

The back story to J.C. Penney’s ghost sponsorship of the season involves the franchise’s producers, the Weinstein Company. Under the terms of the branding partnership, which began in the summer of 2017, the retailer would be the exclusive partner for two “Project Runway” seasons and “All Stars” Season 7, selling branded women’s clothing and producing versions of designs from winners and challenge episodes.

All of this presents a challenge for Lifetime, which has aired the ‘Project Runway’ franchise for the last 10 years.

But after the sexual abuse allegations against Harvey Weinstein were first reported that fall, things became complicated. Weinstein was fired by the board. The company went bankrupt. Lantern Capital Partners bought the Weinstein Company assets last year, and flipped the rights to “Project Runway” to NBCUniversal. At one point, it wasn’t clear whether the latest “All-Stars” season would ever air. (It was taped during the summer of 2017.)

Last October, J.C. Penney filed to dissolve the partnership as part of the Weinstein Company’s continuing bankruptcy proceedings. (Court documents show that the “Project Runway” producers were guaranteed $1.8 million a year in royalties in their two-year deal with J.C. Penney. So far, they’ve received $1.44 million, and Weinstein Company creditors have filed a motion compelling the rest of the payments from the retailer.)

All of this presented a challenge for Lifetime, which has aired the “Project Runway” franchise for the last 10 years. (The series has since moved back to its original network, Bravo.) Through partnerships with brands like Dixie, Campbell Soup Company and the WWE, the show has pushed the boundaries of sponsored content well past the expected makeup, hair and sewing machine plugs, slathering the show in completely unsubtle and odd product placement. A recent challenge on “All Stars” involved silk because that week’s guest judge had just visited Thailand — with the help of the Tourism Authority of Thailand.

Fans have noticed, and bemoaned it.“There were always sponsored challenges on Bravo,” Ani Bundel wrote on the NBC News website earlier this year. “But at Lifetime this trend accelerated.”

And when it comes to J.C. Penney branding, “All Stars” Season 7 has gone all out. The retailer is name-checked by Milano and other contestants constantly. It’s built into the show’s staging, with a J.C. Penney accessory wall. One episode featured sponsored content right in the episode title (“Penneys from Heaven”). The brand’s presence is baked into the season’s DNA.

Despite this conundrum, Lifetime decided to air it anyway, as is, starting in January (roughly 18 months after filming) — which is why Milano has been telling viewers most weeks about an outfit they won’t be able to buy. It has been weird. There is no explanation or indication that the J.C. Penney partnership has ended — only a confusingly vague “Previously Recorded” message that appears in the corner of the screen every time the retailer is mentioned. (A Lifetime spokeswoman declined to comment on the record as to why the branding was left in despite the circumstances.)

The show often feels dated — one challenge involved designing an outfit inspired by a musical which closed a year before the season aired.

To add to the bizarre nature of it all, the show often feels dated — one challenge involved designing an outfit inspired by the “Charlie and the Chocolate Factory” Broadway musical, which closed a year before the season aired.

Milano did not mean to mislead viewers. She is blameless. And, in some ways, the overt branding for a company that actually filed legal documents to dissolve that advertising partnership is accidental high art. But for viewers, it can be disappointing: What is on air, isn’t actually happening. The experience is cheapened.

It turns out the J.C. Penney collaborations might not have been that great of a prize even when they existed.

“I wouldn’t say they’re missing out,” said Erin Robertson, who won “Project Runway” Season 15 and was the first designer to have a collection with the store. As part of the deal, her designs were supposed to “inspire” J.C. Penney products, but she was disappointed by how little the resulting wardrobe felt like her own. “We went to meetings and they were like, ‘We love these!’” she added. “And then they never did anything that we talked about.”

Robertson’s deal came about after she won her season; she signed a contract with the Weinstein Company and received an upfront fee. She said she was supposed to receive royalties, but did not.

For Kentaro Kameyama, whose line led him to victory in Season 16, the J.C. Penney collection “inspired by” his winning design was part of his prize on the show. The retailer met with him for a second collection as well, that he says was eventually produced without his name on it.

Like Robertson, he met with J.C. Penney and provided them with design inspiration and textiles. They were all very excited, he said, but then the company’s contact with him just stopped. Items similar to the designs he says he shared with the company later went on sale, without identifying him as the designer. He says his inquiries to J.C. Penney have gone unanswered. “I feel like they just felt they could take advantage of me,” Kameyama said. “They took my design, but they didn’t put my name on it.”

The J.C. Penney collaborations might not have been that great of a prize even when they existed.

In response to Robertson and Kameyama’s comments, a spokeswoman for J.C. Penney provided a statement that said, in part, “the J.C. Penney agreement was with Weinstein Television, LLC. We never entered into any direct arrangements with the contestants/designers. We are not privy to the contract between the contestants/designers and Weinstein so we cannot speak to any royalties they may be owed.”

The company also clarified that the products inspired by Robertson and Kameyama’s designs were shipped “with a ‘Project Runway’ label and a ‘Winner’s Collection’ hangtag. We never produced clothing under any of the designer’s names.”

Perhaps the point of “Project Runway” is no longer the fashion or competition, but over-the-top product placement.There’s a new “Project Runway” now — Season 18 — on Bravo. There have been big changes, with a new host (Karlie Kloss has replaced Heidi Klum), mentor (Christian Siriano in place of Tim Gunn) and even a new production company (Magical Elves took over for Bunim/Murray).

But the ad blitz continues. In the season premiere, Siriano told contestants the show is providing them with all the tools they need, including “Pilot FriXion erasable pens for sketching.” The contestants oohed and aahed in unison. One even said “awesome.” It’s corny. But on the upside, at least the pen actually exists.

By Dan McQuade. This article originally appeared in The New York Times and was legally licensed through the NewsCred publisher network.