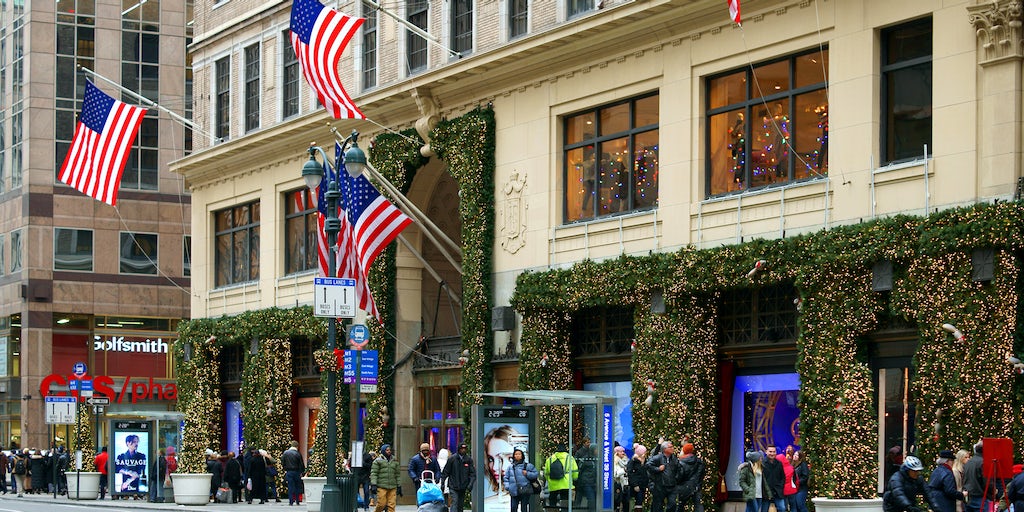 NEW YORK, United States — Near the entrance of the Lord & Taylor store in Yonkers, New York, a new mini-store appeared out of the blue a few weeks ago. It bore a name — Le Tote — perhaps unfamiliar to the department store’s regular shoppers, and contained clothing racks with the words “Rent. Return. Repeat.”

It’s the first step in a lengthy transformation process planned by Le Tote. The internet-based apparel subscription service acquired Lord & Taylor from Hudson’s Bay in a deal that closed earlier this month. For about $75 million in cash, Le Tote now has rights to the Lord & Taylor brand, its inventory and control of its e-commerce site, along with the chain’s 38 stores, five of which will shutter.

But the deal has an odd caveat: Hudson’s Bay keeps the real estate while freeing Le Tote from paying rent for 36 months. This gives Le Tote exactly three years to figure out how to save Lord & Taylor and lets it save about $58 million per year in rent expenses.

Le Tote plans to shrink the existing stores while investing in Lord & Taylor’s online business, testing new shop sizes and expanding to new locations across the US. It will also, of course, integrate its existing apparel-rental business into Lord & Taylor via special studios to attract younger shoppers. Services like beauty subscriptions and rental drop-off points may also be coming.

Lord & Taylor’s new owner admits the task is daunting — a loss of $119 million in fiscal 2018 shows the brand has lost a great deal of its lustre. But the rent-free years give it more flexibility to see if fusing a web-based rental service with a traditional department store will catch on.

Brett Northart, Le Tote’s co-founder, said that requiring rent payments during the first three years would have killed the deal. “The brand is stale,” he said. “We’re not allergic to that fact, and we’re not pretending it’s not.” The average age of a Le Tote customers is 40, compared to the 51-year-old average shopper for Lord & Taylor.

Like many of its department-store peers, Lord & Taylor faces a gauntlet of challenges as it tries to reinvent itself. The chain has spent the past few years scaling back its store footprint as consumers migrated online, but it failed to invest enough in e-commerce. Northart said the retailer is still using some technology from the 90s for its web operations.

Like many of its department-store peers, Lord & Taylor faces a gauntlet of challenges as it tries to reinvent itself.

It’s part of department stores’ broader existential crisis, with foot traffic and sales both broadly falling. Shoppers have more options than ever before, and companies like Lord & Taylor are struggling to match the efficiency and range of products of nimbler competitors. Big-store formats also aren’t as appealing as they once were.

It’s not all bad news. Lord & Taylor has been able to maintain some brand loyalty: Despite exiting markets like Texas and California, it still receives online business from those areas, in spite of its antiquated web technology. And as the first department store to offer personal shopping, according to Northart, Le Tote sees the potential to recapture its customer-focused roots with the rental studios and their focus on personalisation.

San Francisco-based Le Tote was founded in 2012 — 186 years after Samuel Lord opened the original store in Manhattan. It has raised more than $62 million in venture capital funding from firms including Lerer Hippeau, Azure Capital and Simon Ventures. The company offers monthly boxes of apparel items that users can purchase or return after use.

Unlike most executives brought in to turn things around at struggling retailers, Northart’s resume doesn’t have any big consumer brand names on it. Before starting Le Tote with co-founder Rakesh Tondon in 2012, he worked at several investment banks, including Ridgecrest Capital Partners, Stifel Financial Corp. and Bainbridge Capital.

Nonetheless, Le Tote’s deal for Lord & Taylor is a “breath of fresh air” for some, Northart said. Vendors, for example, had become skittish on shipping merchandise to the department-store chain for the coming season, he said. On Google, “Is Lord & Taylor” autocompletes to “Is Lord & Taylor closing?”— not a reassuring sign for those working with the company.

With the reset now in place—but the clock still ticking — Lord & Taylor’s new owners are now re-introducing the brand to shoppers. The retailer put Ruth Hartman, a merchandising executive who previously worked at Macy’s Inc. and Henri Bendel, in charge of the business. She has signed off on a marketing campaign to remind customers that her store lives on.

Customers may need some reminding — the company closed its massive flagship in New York about a year ago. That’s being temporarily replaced with a 2,400-square-foot pop-up store in Manhattan’s SoHo district.

That smaller size may be more in line with what Le Tote has in mind for Lord & Taylor, which at 100,000 square feet are typically around 40 times larger. The new stores under a smaller format could start to appear in the next six to 12 months.

Le Tote’s moves would appear to jive with the new retail landscape. “The answer for most of retail in the US is to get smaller,” said Sucharita Kodali, an analyst at Forrester Research. “The US has been overstored and there are too many stores per capita.”

But such wide-ranging revamps simultaneously require speed and lots of testing. The studio in Yonkers, for instance, was nowhere near ready for primetime when management decided to open it inside the Lord & Taylor. “The rental studio experience isn’t perfect yet, but we didn’t want to wait a year,” said Northart.