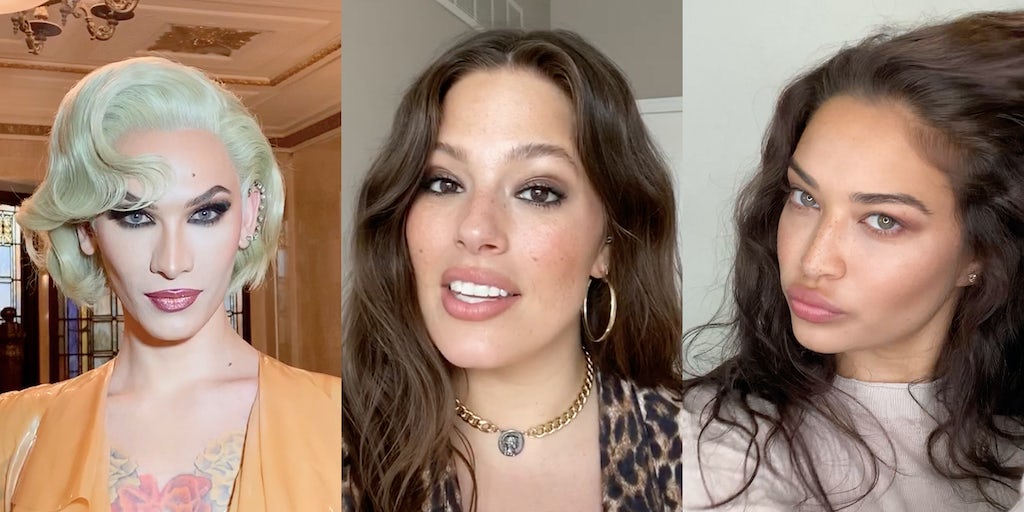 NEW YORK, United States — On the evening of what would have been the Met Gala, Vogue hosted a YouTube livestream to raise money for the museum’s Costume Institute and A Common Thread, the magazine’s initiative with the CFDA to raise money for the American fashion industry. At one point, 13,000 people tuned in to watch Anna Wintour talk about how the gala makes up the majority of the Costume Institute’s yearly fundraising, Florence Welch sing a capella and Virgil Abloh perform a DJ set mixing everything from David Bowie to King Von. State Farm sponsored the livestream.

But it was a far cry from last year’s gala, when Lady Gaga donned a three-part Brandon Maxwell ensemble and six men carried Billy Porter onto the red carpet on a makeshift throne. Wintour admitted in the YouTube livestream Monday that “it would be impossible to recreate the Met Gala here tonight.”

Wintour and the Metropolitan Museum of Art aren’t the only ones attempting to translate the full-on marketing and publicity blitz of a major fashion event for an online audience. People the world over are confined to their homes, and large-scale gatherings are banned for the foreseeable future.

A DJ set is no replacement for a star-studded red carpet. And lining up sponsors is getting harder as brands slash their advertising budgets. Shoptalk cancelled a digital version of the retail conference hours before it was scheduled to begin. “At a time when in-person events have been restricted and cancelled, you would think that a virtual event would take place as scheduled. However, the reality is that if you really want to get it right, translating an in-person event to a virtual one presents many unique challenges,” the Shoptalk team said in an email to attendees. On April 29, Tina Brown said Women in the World, her decade-old conference, would shut down.

Others are pressing ahead with their digital adaptations of live events. London Fashion Week is still scheduled for June, combining the men’s and women’s show schedules online for virtual showings. On May 1, CR Fashion Book staged a pre-taped “virtual fashion show,” featuring the likes of Olivier Rousteing and Karlie Kloss to raise money for the fight against Covid-19. CR Fashion Book declined to say how much money was raised in the days since the livestream, but the YouTube video of the event received almost 211,000 views in three days.

But there’s still the opportunity to host tentpole events, even when the intended audience is under lockdown. Here’s what to know before making the move to digital.

Organisers need to put as much care into choosing a virtual platform as they would a real-life venue. There are digital conferencing services for every flavour of event, from intimate gatherings designed to maximise networking to open-access talks and concerts where the goal is to reach the biggest possible audience.

Zoom has become the default videoconferencing service for many companies, and some are adopting the platform to host events as well. On May 7, BPCM is hosting a sustainability conference with the Ellen MacArthur Foundation via Zoom, said Carrie Ellen Phillips, co-founder of the consulting and communications firm. Phillips said she liked Zoom’s sound quality and the ability to customise backgrounds and participant rooms.

The Folklore, a luxury e-commerce site for African designers, was looking to recreate the kinds of happenstance networking that happens during a real-life conference for a recent summit on virtual fashion and design, said founder Amira Rasool. The site went with HopIn, which allowed for speed-dating-style networking sessions in three-minute intervals, pairing participants beyond the virtual meeting if they wanted.

“I think that people probably got more out of this than a physical space, because there wasn’t that awkwardness of having to go up to someone that you don’t know and speak to them,” Rasool said. “With that networking feature, you literally just click participate and you know the person who’s on the other side wants to talk to you.”

Finding the Value in Free

The In Goop Health summits hosted by Gwyneth Paltrow’s wellness site typically draws around 600 people who pay $1,000 or more to hear speakers expound on meditation or sex therapy. Now, the conference is live-streaming weekly for free.

“It felt strange in a time like this to ask people to pay for something that we would want them to have access to,” said Goop Chief Content Officer Elise Loehnen.

Goop is missing out on revenue from ticket sales, but the real-time feedback on the live stream’s chat is helping the company figure out what kind of content its customers want to see, Loehnen said.

There’s always a way to monetise if you are smart about the way you do events like this.

“There’s always a way to monetise if you are smart about the way you do events like this,” said Marci Zaroff, YesAnd’s founder. “All of a sudden there are a 1,000 people … that are going to be getting our newsletters, where we’re going to give them a discount code to incentivise them to check out our products.”

If the plan is to sell tickets to an online event, prices should be about 40 percent of the cost of the original, in-person version, said Lynn Edwards, founder of Proper Planning, an event management company that has pivoted its in-person events digital, including a recent project for styling service Glamhive’s Virtual Styling Summit. Margins for digital conferences tend to be higher — a Zoom subscription costs less than renting a hotel ballroom. Put some of that money toward perks to help virtual attendees feel less anonymous, such as codes for free food delivery.

Shake Up the Format

TheCurvyCon, a conference hosted every year in September during New York Fashion Week focused on the plus-size community, is postponing the next edition in favour of recurring programming.

Starting May 7, the conference will post a series of 15-minute television shows on Instagram, complete with advertisements from sponsors. Master Class-style miniature conferences for paying subscribers will follow.

The two-pronged approach is designed to deepen the company’s relationship with its community beyond the once-a-year conference, Founder CeCe Olisa said.

All-day conferences are still possible online, but they have to break out of the back-to-back panel format. Attendees of Create & Cultivate’s Money Moves conference on May 2 could choose how they spent their day: workout demos or a meditation class to start, followed by a mix of panel discussions and workshops. Ticket holders could also stream programming later so they wouldn’t have to sit in front of their screens all day.

With that networking feature, you literally just click participate.

Organisers need to put some thought into what guests will do between sessions as well. Consider adding DJ sets between discussions, or hiring an emcee to entertain viewers. The Folklore created virtual expo booths.

Digital events require a different look as well. Speakers need to be especially lively when broadcasting from their couch or kitchen table. Celebrities should try to appear more “human,” said Andrea Oliveri, co-founder of talent booking and creative content agency Special Projects, given that people may be more critical of hearing from people safely at-home in million-dollar homes while others are struggling. (BoF has worked with Special Projects on live events in the past.)

Brands are spending less on events in general right now, but that money is out there.

Customisable Zoom backgrounds allow event organisers to feature a sponsor’s assets during a virtual panel, just like they would in real life. Sponsors can be added to in-app shopping experiences or virtual expo booths. Zaroff gave Earth Day summit attendees “digital gift bags” with promo codes from brands like Akola and Known Supply.

Organisers can also sell brands on the long-term value of a sponsorship. Olisa said that’s her pitch with The CurvyCon now that she’s planning a series of events instead of one big conference.

The data generated by events, from attendees’ emails to what they watched and which links they clicked can also be a draw, said Tessa Barron, vice president of marketing at virtual events platform ON24.

“Suddenly you now have thousands of people that you have engaged, and those people are all interacting with you and all of that can be tracked,” she said.

We’re tracking the latest on the coronavirus outbreak and its impact on the global fashion business. Visit our live blog for everything you need to know.

When Pandemic Marketing Goes Too Far: How to Avoid #COVIDwashing

The Dos and Don’ts of Marketing During a Pandemic