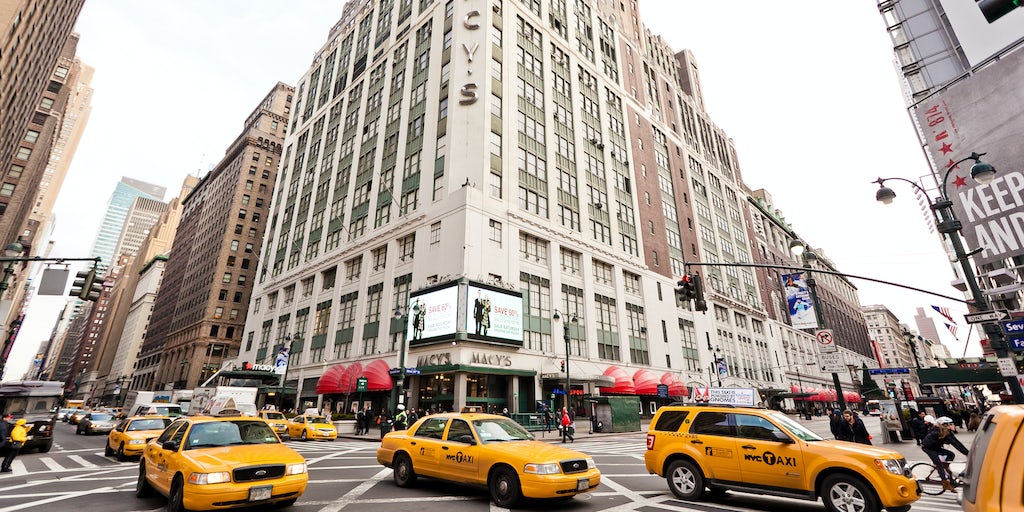 NEW YORK, United States — After a bruising year, US department stores and apparel retailers will seek to bounce back in 2020 by closing more locations, shrinking their shops and adding more experiences to attract customers — like old-fashioned tailoring and trendy in-store cafes.

This year, it was clear that both categories lost ground as consumers continued their steady migration to Amazon.com Inc. and other competitors. While traditional retailers like Macy’s Inc. and Gap Inc. have invested in e-commerce and a better in-store experience, it’s in doubt whether that will be enough to restore their former stature.

Department stores were the worst sector on the S&P 500 this year, and Macy’s and Gap, along with Kohl’s Corp., L Brands Inc. and Nordstrom Inc., were among the poorest-performing individual stocks in the index. Revenue has flattened for many companies, with department stores and apparel chains losing market share to online and discount retailers like Ross Stores Inc. and TJX Cos., which owns Marshalls and T.J. Maxx.

Meanwhile the retail apocalypse has dragged on. More than 7,600 stores closed this year through October, a record for that point in the year, according to Credit Suisse. And the outlook for 2020 doesn’t look any brighter, the firm said. The sector’s woes are particularly troubling given the strength of the American consumer: If these retailers can’t capture growth amid higher spending, the outlook could get darker if an economic slowdown materialises.

According to analysts, these will be the most important trends to follow next year:

David Swartz, an analyst for Morningstar Investment Service, said department stores have to scale down their store fleets. Macy’s, for example, doesn’t need hundreds of large stores — especially in lower-tier malls that are at risk of closing. J.C. Penney Co. faces the same challenge, he said.

Macy’s has about 640 namesake stores and has been gradually closing locations since 2016. J.C. Penney has about 850 stores in the U.S., and it closed a handful of them this year.

“The chains like those two that have large numbers of very large stores are going to have to make decisions soon before their margins erode even more than they already have,” he said. “I think we’re going to see some major changes next year.”

The sector hasn’t sat well with investors. The S&P 500 department stores index is set to drop close to 30% this year, the biggest decline among all S&P 500 industry indices.

Even if stores don’t close, they may shrink, according to Sucharita Kodali, an analyst at Forrester Research. As shoppers buy more online, there’s less need for massive selling spaces. Lord & Taylor, for instance, is reviewing the size of its locations and plans to debut new, more compact formats.

For the department stores looking to reduce inventory, creating a memorable experience is key to drawing in shoppers. Part of this is reorganizing the apparel spaces.

“If they look like a Ross, people will just go to Ross,” Swartz said. “The clothes are not so different so they have to provide a different kind of experience.”

More chains might follow the Nordstrom Local model, where the focus is tailoring, returns and helping customers find a specific look, rather than selling items. Restaurants could take more prominence, said Gabriella Santaniello, founder of retail consulting firm A Line Partners. Neiman Marcus and Nordstrom have repositioned their bars and cafes to be situated closer to the merchandising area, thus “blurring the lines in retail,” she said.

Kohl’s, meanwhile, has been taking Amazon returns — a bid to draw in consumers who might stay for a while and pick up other items.

Resale will also push retailers in new directions. The second-hand apparel market is expected to grow to $32 billion in 2020, according to GlobalData research for online thrift store ThredUp. That’s up from $28 billion in 2019.

“We’re going to continue the resale trend,” Santaniello said. “It’s legitimately working its way into the way we shop for a lot of products. Retailers are just going to have to accommodate.”

Apparel companies may be forced to improve their selection — or join the resellers, she said. Expect more chains to form partnerships like the ones J.C. Penney and Macy’s announced in August with ThredUp.

Retailers, particularly department stores, could also experience a sharper decline in income from store credit cards as a result of new accounting regulations, according to Morgan Stanley. Credit income is the profit share retailers receive from their partner financial institutions.

Current expected credit losses, or CECL, goes into effect on Jan. 1. Department stores will be impacted by this change more than the market realizes, Morgan Stanley said in a note to clients, because their reliance on credit income has ramped up as operating income continues to erode.

“We expect Macy’s could see the greatest potential hit from any decline in credit income,” Morgan Stanley said. Target, on the other hand, is most sheltered.