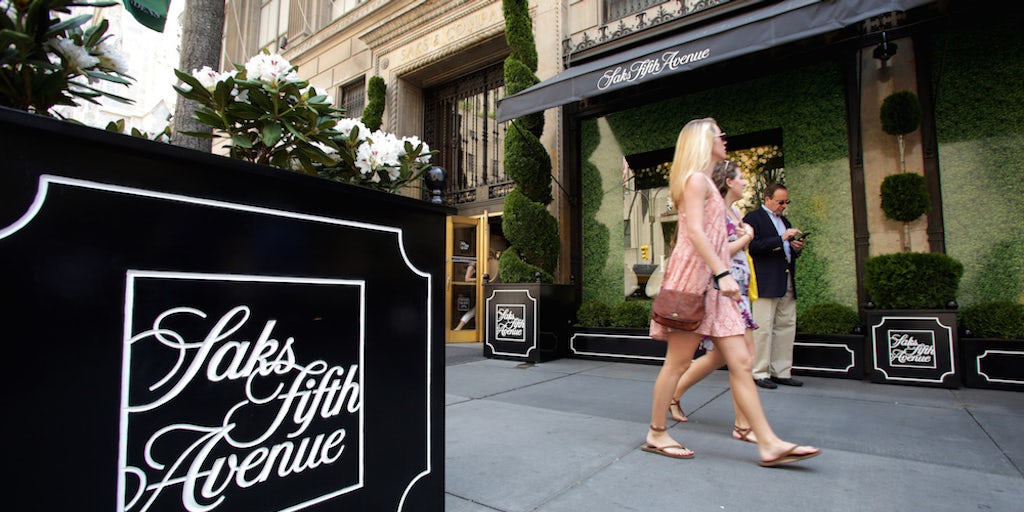 The Toronto-based firm said in a statement it had received and accepted about 18.5 million shares in Hudson’s Bay for roughly C$187 million ($141 million) in cash at C$10.11 per share. That’s a premium to a C$9.45 a share offer from Chairman Richard Baker and his partners. The stock jumped 9 percent to C$10.22 in Toronto, the biggest gain in more than two months.

Catalyst’s purchase of the minority stake adds to pressure on Baker to boost his bid, which also faces opposition from activist investor Jonathan Litt. Catalyst and Litt are pushing for a higher offer, arguing the owner of Saks Fifth Avenue has valuable real estate that could be unlocked.

“We look forward to working with HBC, the special committee of the board and the company’s stakeholders to ensure that this iconic company and its substantial assets are positioned to unlock value and that any transaction or strategic alternative maximises value for the benefit of all shareholders,” Gabriel de Alba, Catalyst managing director and partner, said in the statement.

Catalyst intends to complete the purchase of the shares over the next three days, it said.

Baker and his partners, which collectively own about 58 percent of Hudson’s Bay, had proposed taking the Toronto-based company private in June by buying the remaining shares they didn’t already own. Any such deal would require the support of the majority of the remaining minority shareholders outside of the Baker group, making Catalyst’s increased position important in the outcome of that vote.

Both Catalyst and Litt were among investors who purchased shares that were sold by Ontario Teachers’ Pension Plan in June, people familiar with the matter said at the time. It’s not clear how large a stake Catalyst and Litt hold.

The special committee formed by Hudson’s Bay’s board has already rejected Baker’s proposal as inadequate, and said last week it had asked the group whether it intends to make a revised proposal once the committee has received the formal valuation of its shares.