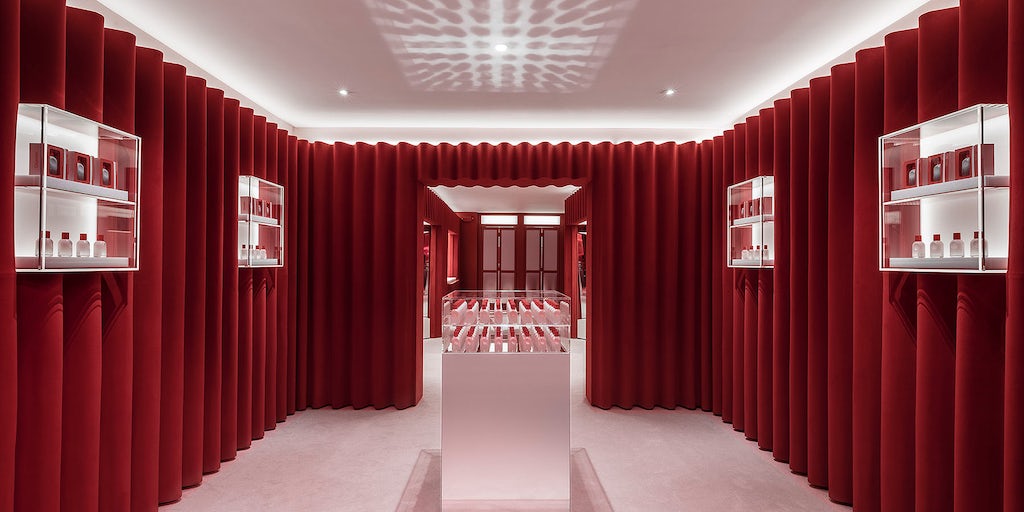 LONDON, United Kingdom — It’s been a tumultuous few years for brick-and-mortar retail. More than 6,700 stores closed across the US in 2017, according to retail think tank Coresight Research, beating the previous all-time high of 6,163 store closings that took place during the 2008 financial crisis (based on estimates by Credit Suisse). And the source of the disruption is no secret: shoppers have made it clear they want to make more of their purchases online, increasingly through their smartphones. The issue was one of many discussed at VOICES, BoF’s annual gathering for big thinkers in partnership with QIC Global Real Estate in December last year.

While the retail world is becoming increasingly virtual, people still crave physical experiences and the reality is that many stores are closing for the same reason they’ve always closed: they simply don’t meet customers’ needs. According to McKinsey & Company, some 80 percent of purchases are still expected to happen in stores in 2020. At a time when e-commerce is empowering consumers with more choices and market conditions are increasingly volatile, stores must rethink how they operate.

Speakers and guests gathered in five salons at VOICES designed to spark debate and explore resolutions for some of the most important issues facing the industry today. Each salon addressed a central question. Among them: “If We Built the Retail Model from Scratch, What Would It Be?” Held under the Chatham House Rule, the salon ensured anonymity while creating an intimate, candid environment. As the look, feel and function of the store is going through an unprecedented period of change, executives from fashion sectors across retail, design, media and more chimed into the debate and six key points emerged from the discussion.

1. First and Foremost, Invest in People

While online commerce continues to grow exponentially, the role of the retail store is shifting from purely pragmatic to more experiential. All salon participants agreed that brick-and-mortar retail is necessary, but “looking ahead,” said one, “it’s important to have knowledgeable, outstanding staff who know everything about the customer. Retail traditionally has not been seen as a career or profession.”

Too many brick-and-mortar retailers have responded to online competition by cutting store staff (US retailers like Nordstrom, Macy’s, Target, J.C. Penney, Kohl’s and Walmart have previously aggressively trimmed the numbers of their retail workers). But the greatest competitive asset stores have against the onslaught of Amazon and online shopping is the personal touch that their retail employees can deliver. Stores should see retail staff as a way to maximise sales and profits, not to minimise costs.

The key, said one guest, is to “invest in people as much as product.” While there are short-term benefits of reduced labour costs, it is great merchants and customer advocates who will create great and lasting retail businesses.

2. The Middle Market Is Being Squeezed Hardest

Growing wealth in certain economies is creating more customers for premium goods. On the other hand, pricing is paramount for shoppers with limited disposable income and they may be drawn to price-based retailers. As a result, retail is thriving at the high and low ends of the market, but it’s the middle market that is struggling most.

“Today there are two types of retailers: you’re either mass like Zara and H&M or you’re bespoke and unique,” said one participant, noting that brands in the middle, such as J. Crew, which are neither exclusive or the cheapest on the market, are “getting squashed.”

High and low-end retailers are also adapting best to their customers’ needs. This was attributed, in part, to strong brand positioning. One described Selfridges as “an entertainment company” and another likened Soulcycle to “a hospitality company.” They are “riding on that emotional experience.”

Several stores no longer sell clothes. Over the past year, Nordstrom has been rolling out stores that allow customers to try on clothes with a stylist, get manicures and buy coffee, wine or beer — but it doesn’t stock any product. Instead, shoppers can order items for same-day pickup at the store, a move first pioneered by direct-to-consumer brands like Bonobos.

Opening physical stores has now become a viable path for some of the biggest direct-to-consumer brands, like Everlane, Glossier, Warby Parker and Casper, not all of which carry inventory. Retailers like Sezanne in France and Grana in Hong Kong are also taking a similar approach.

The merchandise-free concept may seem like an anomaly in such a transactional industry. One guest suggested its purpose was to complement existing stores by building up its branding. Another participant said it was a solution to dead inventory, one of retail’s biggest challenges. Product-free stores can also act as a test bed, one that emulates the growing showroom trend touted by nimble direct-to-consumer startups.

As stores become experience hubs as well as points of sales, retailers and landlords need to reconsider how they measure performance. “They need to work closer together,” said one guest, arguing that real-estate owners have traditionally been inflexible. “Current 25-year leases no longer work. Retailers can’t explore and experiment.”

Traditionally, the primary measure of retail performance has been sales per square foot. Lease agreements, typically five to 10 years in length, take a percentage of sales revenue after a certain threshold of sales is reached. But the internet has completely rewired the shopping journey, where consumers may try on an item of clothing in-store but purchase it online at their convenience.

Some smaller retailers are accusing real-estate owners of setting them up for failure — for example, major shopping centre landlords who hike rents up by 20 to 30 percent each year — despite having no tenants to replace them if they leave. “But how flexible can a landlord be?” challenged one participant. “They’ve still got to make money.”

Some leasing solutions include a fixed-rent model with an expanded performance metric that includes different kinds of sales (e.g. in-store e-commerce orders); developing the outlet store model, which has a lower base rate and a higher sales percentage, but involves more risk-sharing between landlords and brands; or a new kind of model where metrics are based on operational performance such as customer service.

The fashion industry has been going through significant change as more and more designers are showing beyond the traditional womenswear fashion weeks and are experimenting with new presentation formats. The timing of product drops is also becoming a battlefield for brands juggling a constant demand for novelty and the lengthy manufacturing cycles needed to make high-quality products.

Yet “fashion immediacy” is still far from becoming an industry standard, even as brands from Burberry to Tommy Hilfiger take steps to adopt this approach and questions linger over the benefits. “Universally, retailers don’t play in the same sandbox. See-now, buy-now will only work if everybody does it,” said one participant.

Another guest said it was a matter of understanding what consumers want, which can be achieved through data. Leading brands can accurately and efficiently cater to their customers’ needs by using predictive analytics and artificial intelligence and applying it from design to delivery at close to real-time.

According to the BoF-McKinsey 2018 report, the off-price sector is is set to grow in the coming years. Off-price offers brands a channel for clearing excess inventory, which constituted $472 billion of total lost retail revenue globally in 2015, up from $362 billion in 2012. Overstock has been further boosted by the increase in online shopping, where return rates are higher.

But guests agreed that off-price as well as promotional events like Black Friday were more harmful to businesses in the long run. “Play another game,” said one participant. Other guests added that retailers were too focused on “chasing growth that doesn’t exist” to please shareholders, instead of “focusing on great product and good experiences for the customer.”

To learn more about VOICES, BoF’s annual gathering for big thinkers, visit our VOICES website, where you can find all the details on our invitation-only global gathering in November, in partnership with QIC Global Real Estate.

Amid ‘Retail Apocalypse,’ The Future of Commerce Is Community